Blanco Suave drops a groovy rap tune, entitled, “If I Had a D*ck”

Blanco Suave is an indie hip-hop duo based in Northern Michigan. Not too long ago, they released a groovy rap tune, entitled, “If I Had a D*ck”.

“You can’t take away my power. I’m a powerful person, I know it. I show it in the way I walk the street, slow, confident. Your sticks or stones or compliments thrown like bricks hit my feet and shatter.” – lyrics

‘If I Had a D*ck’ tells a fictional tale of a woman who suggests if she had a penis, she would do great things with it.

The first thing she would do is build a pyramid and knock it down with her you-know-what. Next, she would paint the Mona Lisa and sign her name with her imaginary organ. Lastly, she would take a fiery piss on every KKK’s yard. What a feat by a woman who stated, “I work hard. I play hard. Baby, I’m erect.” 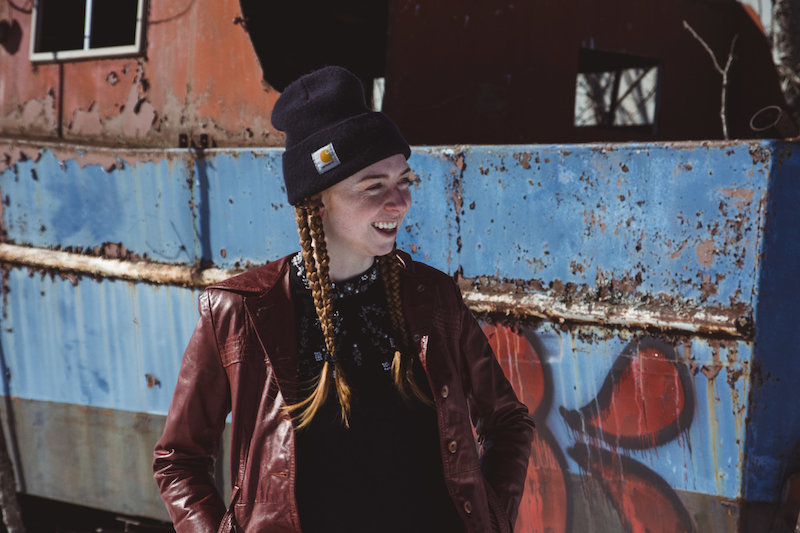 “I’ve been writing this track for about four years now. I started working on it during college with campus sexual assault being a heavy issue on my mind. But always the general content matter has continued to be relevant in my life. With Brett Kavanaugh being a constant part of the news cycle and old anger being reignited, I decided to revisit this song and finally record it.” – Gretchen McKenzie

Blanco Suave consists of producer Luke Arquette and rapper/producer Gretch McKenzie. While Arquette was experimenting with music at the age of eleven, McKenzie, around the same age, was performing as a bassist and reading poetry.