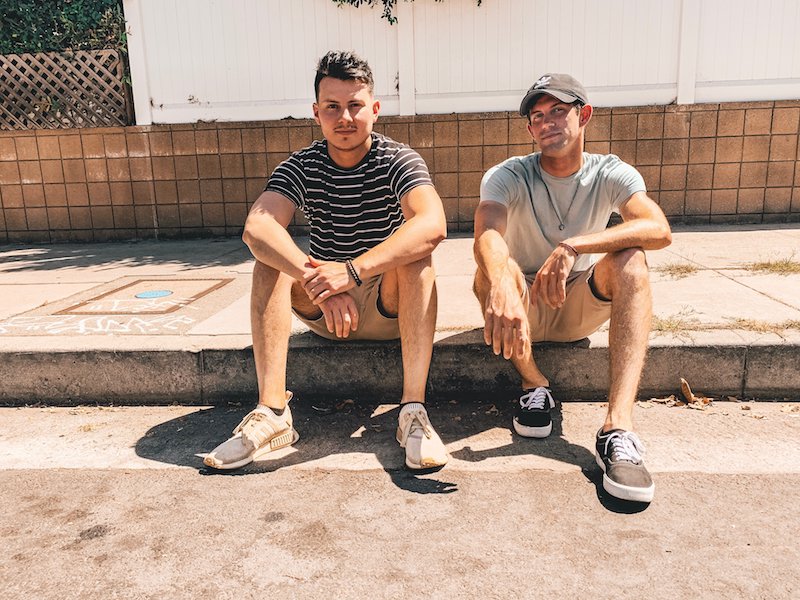 Benji Reyes is an EDM producer from Atlanta. Dylan Bernard is a singer-songwriter from Los Angeles. Not too long ago, they released an emo-dance tune, entitled, “All We Know”.

Benji Reyes and Dylan Bernard – “All We Know” single

“When Benji reached out and sent over some tracks to write too, I immediately connected with this one. I sat down to write the song and it all happened pretty naturally.” – Dylan Bernard

‘All We Know’ tells the tale of a young couple who experiences obstacles in their relationship.

Even though it’s too early to tell, they don’t know if what they have will work, and is it something worth keeping on or turning off?

Benji Reyes and Dylan Bernard – “All We Know” single

“‘All We Know’ is about a back and forth journey between two people who may not know what they want in a relationship, but are just riding out their feelings for each other and not asking too many questions.” – Dylan Bernard

Dylan Bernard was bitten by the music bug at an early age when his mother placed him in a church choir at the age of four.

Sadly, he lost her a few years later, and friends and family encouraged him to post his videos online so others could hear him sing.

Since then, two of his tunes were featured on Apple Music’s Breaking Pop Playlist and Best of the Week Playlist. Also, his “Forever for Now” single premiered on Radio Disney and went on to be featured on three of Spotify’s Editorial Playlists.

Stream “All We Know” via Apple Music

We recommend adding Benji Reyes’ and Dylan Bernard’s “All We Know” single to your personal playlist. Also, let us know how you feel about it in the comment section below.