Ayla D’Lyla is a singer-songwriter from Manhattan,  New York. Not too long ago, she released an appealing music video for her “Money” single via Snafu Records.

“This song is exactly what you’d think it’s about. Many of the women in my life, including myself, seem to constantly feel emotionally unfulfilled by their relationships with men. Quite frankly, we just want your money.” – Ayla D’Lyla explained

‘Money’ is a biting take on the struggles that afflict modern love. The slow-burning tune contains a money-based narrative and pleasing vocals that will resonate well with fans of Miss Madeline, Slayyyter, and Goldie Boutilier. Furthermore, in support of “Money,” Ayla D’Lyla will play a debut headline show on March 15, in NYC at the Mercury Lounge. Tickets are available here. Also, “Money” follows on the heels of her 2021’s single, entitled, “Burning Perception.”

“I like feeling connected to people. And I’m able to do this by putting out music.” 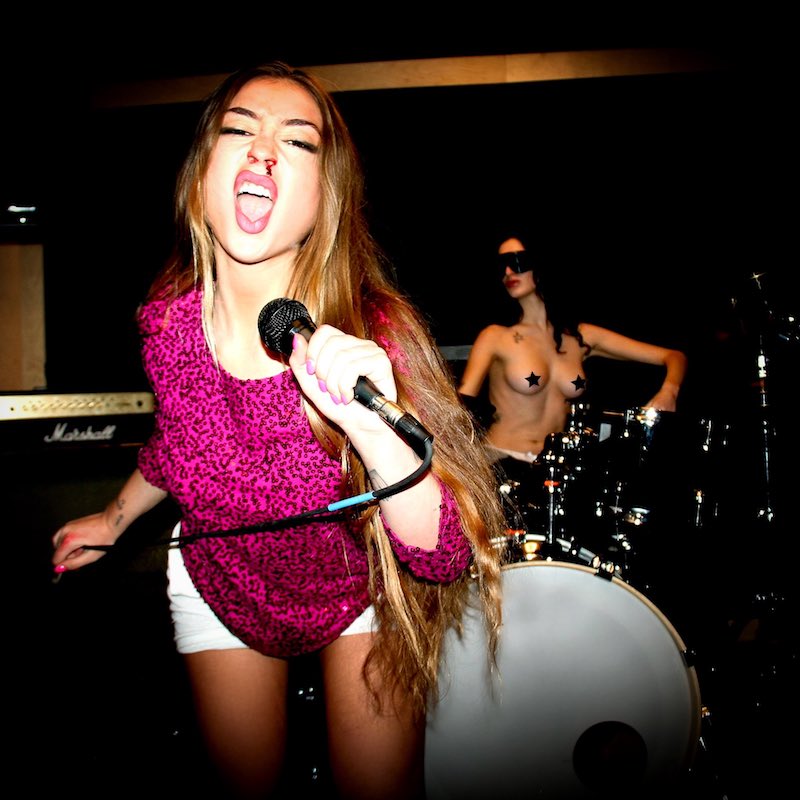 Ayla D’Lyla grew up with German and Palestinian roots. At a young age, she took a keen interest in German pop music and continues to derive inspiration from its intricacies. A classically-trained vocalist, Ayla has always had a deep admiration for legendary female vocalists such as Nancy Sinatra, Dolly Parton, and Cher. “I could watch these women for hours,” she notes, pointing to their captivating beauty and sound as a catalyst for her pursuit of a career in music. 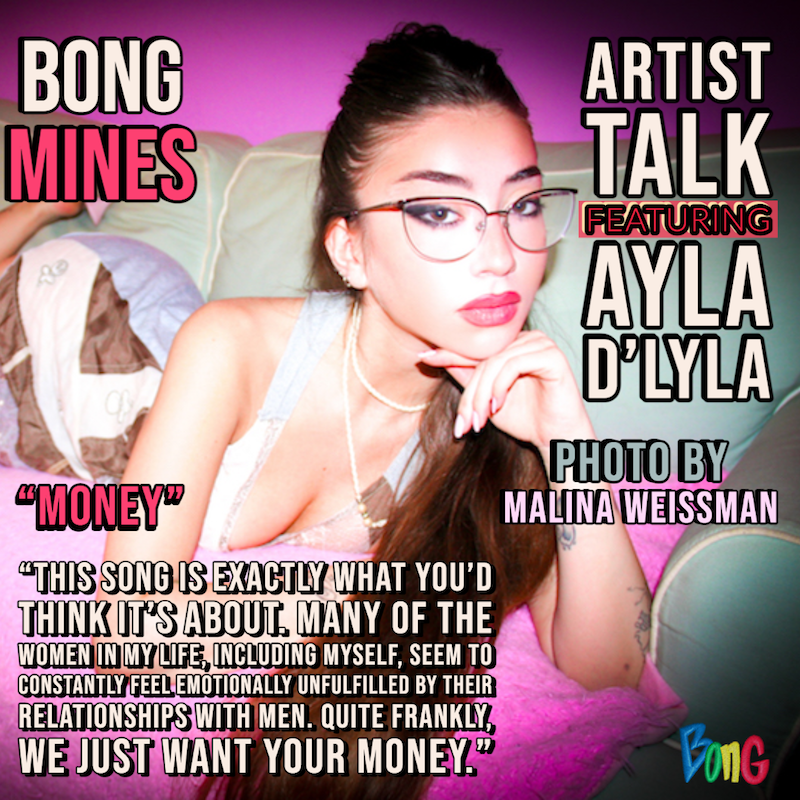 At an early age, Ayla was drawn to New York City’s vibrant arts and music scene. After graduating from performing arts school, she released her debut single, Prince in Blue. The song marks a transformation in Ayla’s songwriting. With a keen eye for visual content, her videos are a world of their own, often executed in collaboration with her sister, Malina Weissman.

Furthermore, Ayla, who has a growing online fanbase, is just getting started. She has already asserted herself among the top rising indie-pop artists and her lyrical wit sets a high bar for what’s to come for the budding songstress. 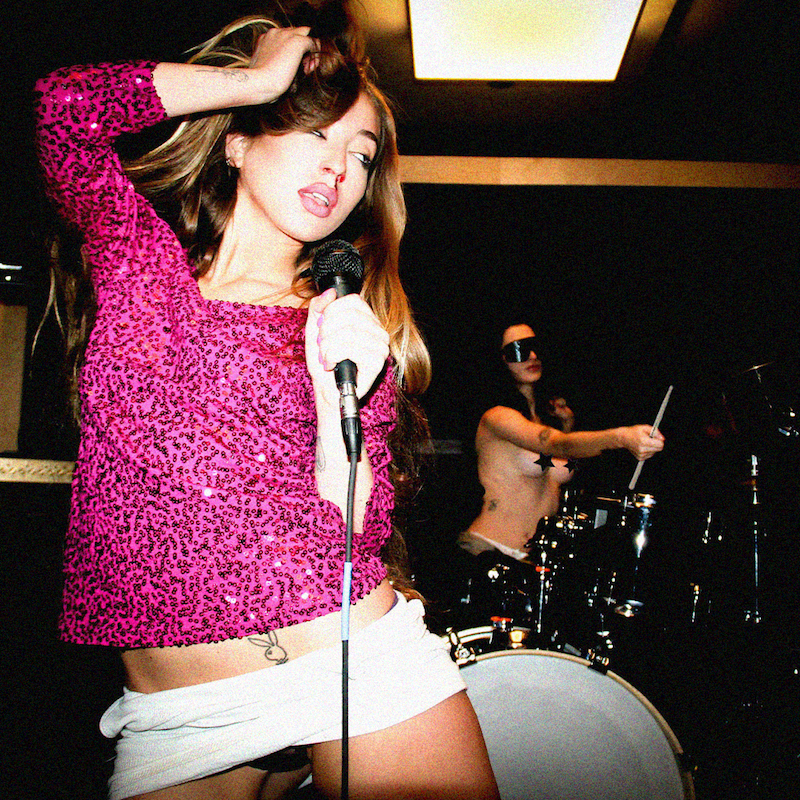 We recommend adding Ayla D’Lyla’s “Money” single to your favorite alternative-pop playlist. Also, let us know how you feel about it in the comment section below. Mel Blanc’s famous catchphrase, “That’s All Folks!” Thanks for reading another great article on Bong Mines Entertainment – the hot spot for new music. Furthermore, always remember that (P) Positive, (E) Energy, (A) Always, (C) Creates, (E) Elevation (P.E.A.C.E).