Amanda Shires is a GRAMMY Award-winning singer-songwriter and violinist from Lubbock, Texas. Not too long ago, she released a lovely performance video for her “Empty Cups” single featuring Maren Morris on vocals and Jason Isbell on guitar.

“I recorded ‘Empty Cups’ after everyone left because I didn’t want to accidentally cry or get a shaky voice in front of my friends. I asked Maren to sing on this one because our voices blend like sisters and because I knew that wherever my voice wavered, she’d be steady.” – Amanda Shires explained

With a timeless sound and aching vulnerability, “Empty Cups” paints delicate imagery and delivers poetic ruminations on love. Amanda Shires’s masterful ability to craft an unforgettable melody is on full display, showing the true depth of her songwriting skills. With passion, she sings, “There was a time you used to listen closely to me, as close as the air is to the sea. So close I could feel you breathe.”

Amanda Shires – “Take It Like A Man” performance video

‘Take It Like A Man’ unfurls with a haunting longing, as Amanda Shires’ bell-like vocals soar. She proclaims, “I was snared by your wrist, I know what the cost is. The octaves of consequence… I know the cost of flight is landing and I know I could take it like a man.” Not only can Amanda “take it like a man,” but more importantly, she can “Take it like Amanda,” as the last line proclaims the clue to the entire album, and perhaps Shires herself.

“I wrote that last line, ‘take it like a man,’ but then I changed it. I realized you can try and do what they say and take it like a man and show that you can withstand anything. But truly you can only take it like yourself.” – Amanda Shires explained 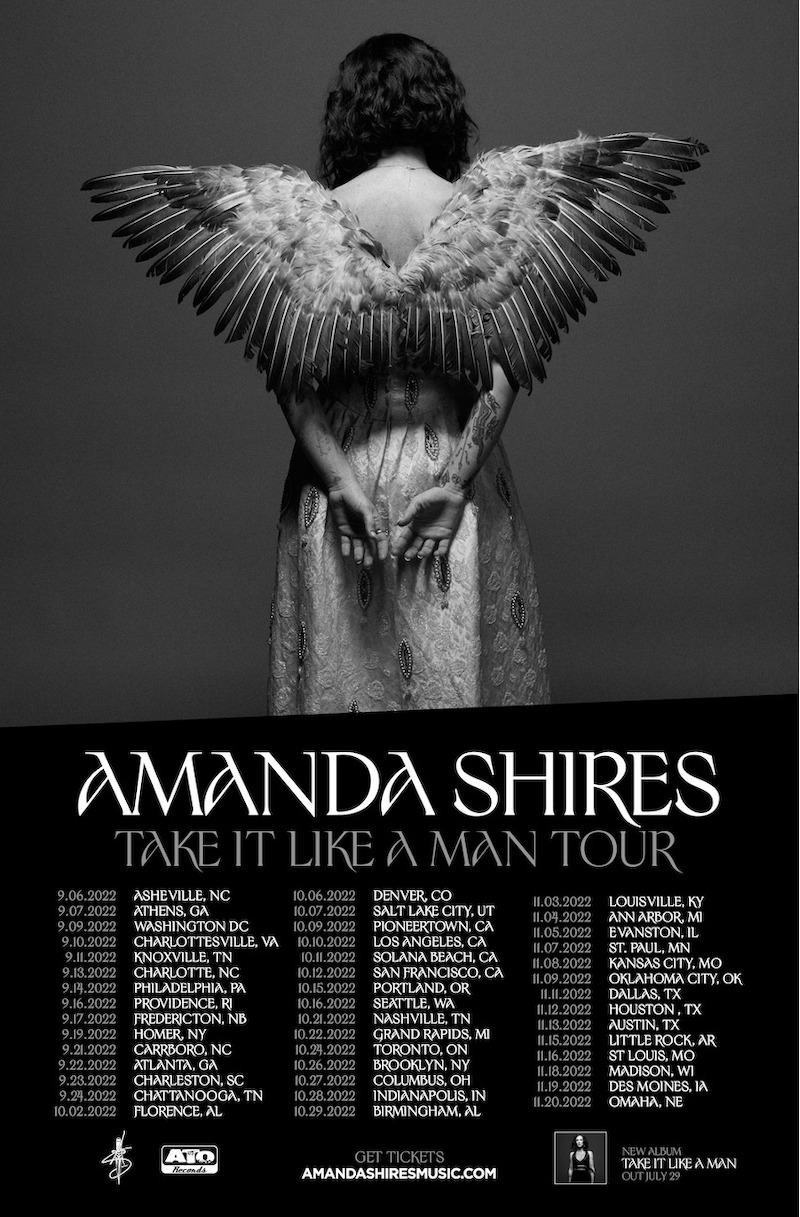 On July 23, Shires will perform with The Highwomen at Wrigley Field in Chicago. She will be opening for Chris Stapleton, followed by a special sold-out solo show at Nashville’s Blue Room on July 28th to celebrate the release of her new album. Then, she will bring her dynamic live performances on the road for an extensive fall tour kicking off on September 6th in Asheville, NC. The tour will run through November, with stops in major markets including Denver, Los Angeles, San Francisco, Seattle, Brooklyn, Dallas, and more.

We recommend adding Amanda Shires’s “Empty Cups” single to your favorite alternative Country playlist. Also, let us know how you feel in the comment section below. Mel Blanc’s famous catchphrase, That’s All Folks! Thanks for reading another great article on Bong Mines Entertainment – the hot spot for new music. Always remember that (P) Positive, (E) Energy, (A) Always, (C) Creates, (E) Elevation (P.E.A.C.E). Contact us on social media via Twitter, YouTube, Instagram, or Facebook, and let us know what’s going on. “Disclaimer: This post contains Apple TV and Apple Music affiliate links. We may earn an affiliate commission when you buy through links on our site.