Alexandra Starr is an up-and-coming LA-based singer-songwriter from Long Island, New York. Not too long ago, she released a lovely breakup anthem, “Yfu,” produced by Nash Overstreet.

‘YFU’ is a break-up-inspired single that adopts Alexandra Starr’s extroverted and slightly out-of-pocket attitude. Understanding the emotional toll a failed relationship can have on a person, Alexandra wanted to give listeners an escape from the heaviness of it all, allowing them a few minutes of uncensored fun. The lyrics emphasize this idea– “No cap, I’m a little drunk and I can cry right now. Real talk, I’m wishin’ on a star that you would die right now. ‘Cause, we’re both at a party, but you came with somebody new. You’re a d*ck and I’m a vibe right now.” Alexandra expresses herself with brutally honest lyrics, making each verse that much more relatable.

Alexandra grew up in a low-income household on Long Island and began singing at a very early age. She was raised by a single mother, a sole income earner, and one of Alexandra’s biggest supporters. Even with the difficult circumstances, her mother would take her to auditions after school several days a week where she worked both on and off camera– guest starring on Nickelodeon’s The Naked Brothers Band, voice-over work for Dora The Explorer, and commercial work for both Clean & Clear and Cartoon Network.

After spending most of her childhood and adolescence working in the entertainment industry, Alexandra enrolled at Pace University with the intention of continuing her career in acting. It was during her time at Pace that she shifted her focus from auditions to live performance opportunities, realizing music was her true passion. She began booking local restaurant and bar gigs in the area to help her family financially and become a stronger, more confident singer and performer. 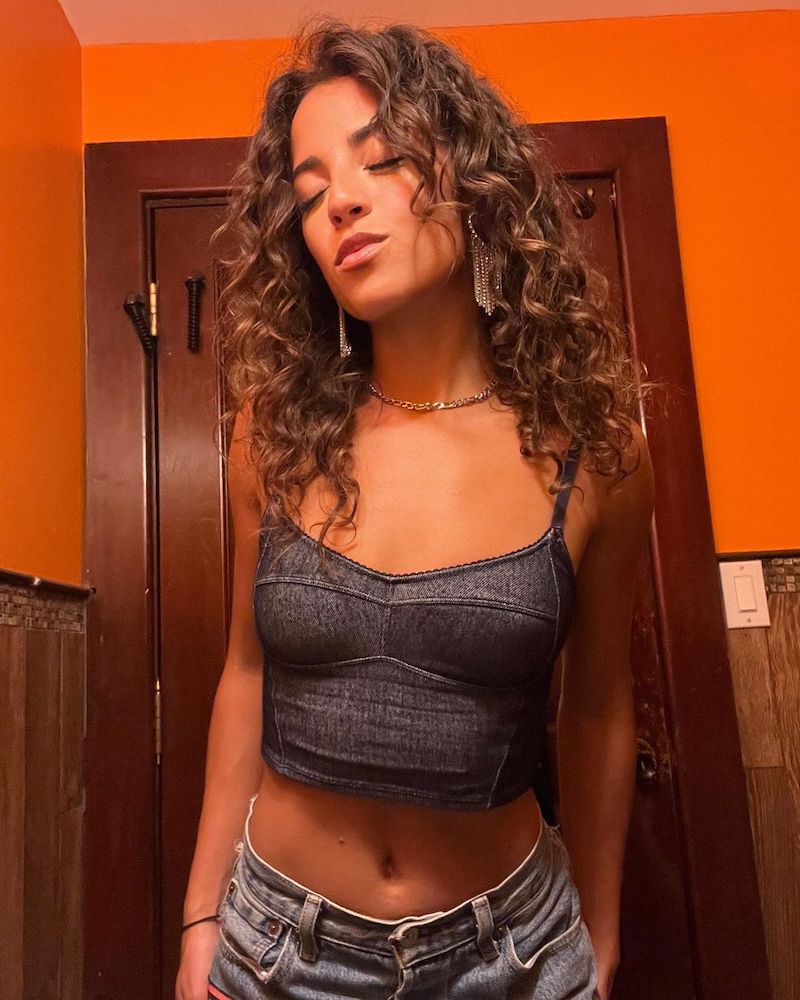 “I’m an independent artist through and through. And I am going to do everything I need to do to prove to not only myself and my dad that I can make it in the music industry, but to show other young female Latinas that come from low-income backgrounds that they can do it too, no matter what the odds are.” – Alexandra Starr stated

Alexandra credits her extroverted and seemingly fearless attitude to having encountered bullying, both physical and emotional, at an early age, as well as having to grow up a bit faster than others. She took on financial responsibilities, supporting her single mother as much as she could, and became her father’s primary caretaker in 2020 when he was diagnosed with cancer. Using her firsthand experience with bullying to help others, Alexandra began performing at middle schools around the city, sharing her own story of bullying and how music allowed her to find the confidence to eventually overpower it.

The New York-bred artist almost literally found her voice after years of relentless bullying and the loss of her father, her greatest supporter. Having always been the one to encourage her to chase dreams, no matter how wild they may seem, Alexandra gave in to her father’s advice and committed fully to a career in music. She took the first of many giant leaps in 2021, releasing her debut single and promoting it by busking in Washington Square Park, performing on subway platforms in Manhattan, and creating original content for several social media platforms. 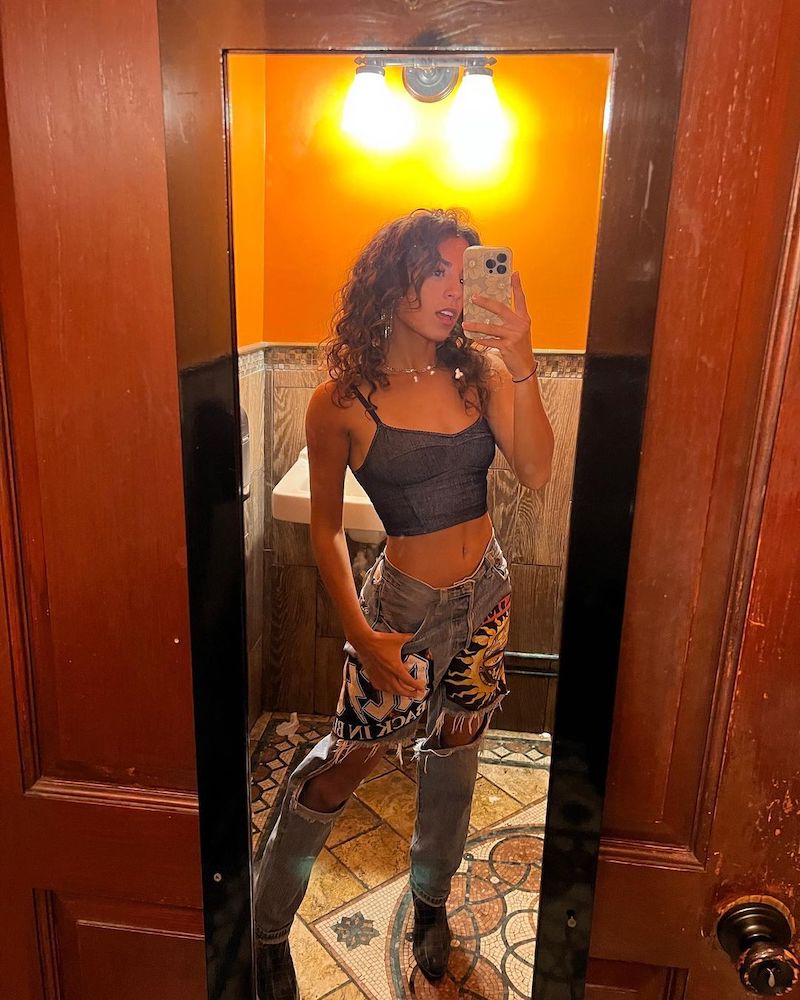 Promising to do something outrageous in support of her career every October (her father’s birth month), Alexandra traded in Long Island, along with its comfort, and familiarity for a chance at stardom in Los Angeles. Soon after she made this cross-country journey, one of her TikTok videos went viral, catching the attention of more than eight million people, including the band, Hot Chelle Rae. She connected with Nash Overstreet, lead guitarist and backing vocalist for Hot Chelle Rae after he expressed interest in her music, and they ended up creating several songs together. Alexandra is eager to share her new music, deepening her connection with fans and forging new ones. 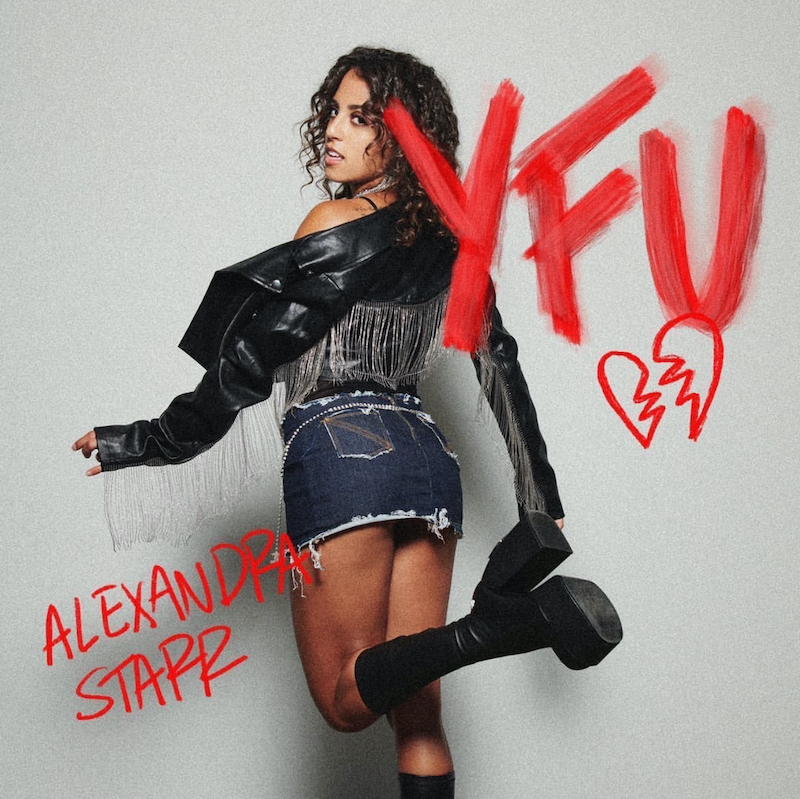 We recommend adding Alexandra Starr’s “Yfu” single to your favorite contemporary pop playlist. Also, let us know how you feel in the comment section below. Mel Blanc’s famous catchphrase, That’s All Folks! Thanks for reading another great article on Bong Mines Entertainment – the hot spot for new music. Always remember that (P) Positive, (E) Energy, (A) Always, (C) Creates, (E) Elevation (P.E.A.C.E). Contact us on social media via Twitter, YouTube, Instagram, or Facebook, and let us know what’s going on. “Disclaimer: This post contains Apple TV and Apple Music affiliate links. We may earn an affiliate commission when you buy through links on our site.