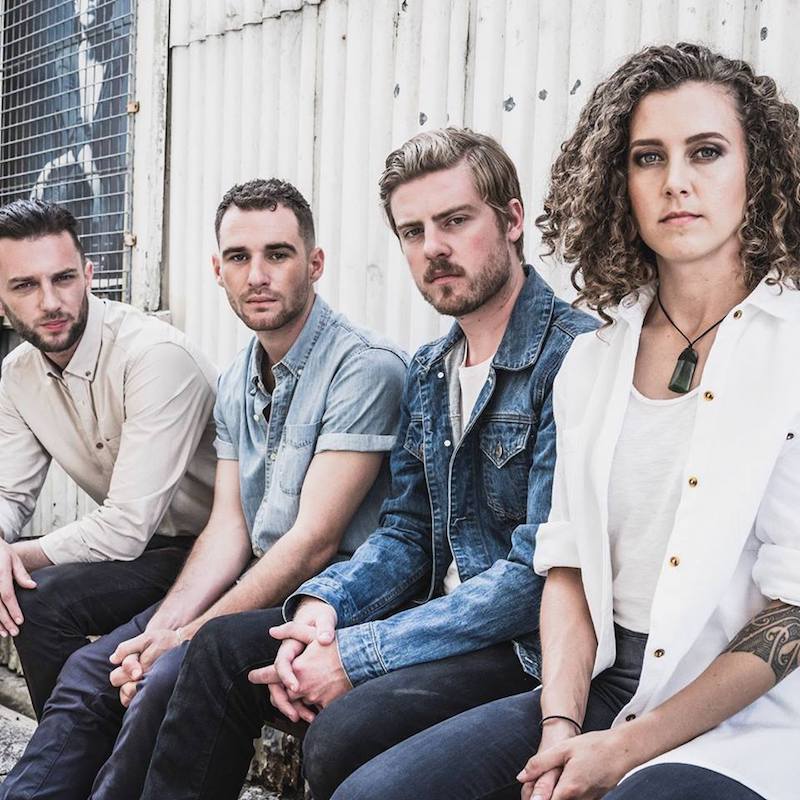 Alae is an emerging four-piece band from New Zealand. Not too long ago, they released a lovely music video for their “Hit Me Where It Hurts” single.

Alae – “Hit Me Where It Hurts” music video

“For the music video, we wanted to use a selection of directors and run with the idea of an ‘Exquisite Corpse’ style video. Where none of the directors knew what the other directors would be doing for their 1-minute section of the song. We asked these amazingly talented humans because they had shown their own beautiful aesthetic through the work they’d done previously. Lucky for us they all said yes!” – Mikee Carpinter (band manager, editor of the video)

The entertaining audiovisual tells a heart-aching tale of a young guy who experiences one-sided love.

With over 150 music videos in the can between them, their bodies of work read like a who’s who of NZ music.

The final video was revealed at a group viewing party, where the band and directors all saw the end result for the first time.

“Hit Me Where It Hurts”

“I loved not knowing what the other directors were shooting, and that we all interpreted our sections of the song in our own unique way.” – Charlotte Evans

“We all agreed to embrace the mystery of the whole concept. And likened it to the shared drawings from primary school days, where someone drew the head & folded it over. The next person drew the torso and so on. When we screened it for the first time all together, it felt like Christmas and each director’s segment was like opening another surprise present.” – Chris Graham

“There was something creatively liberating about not knowing what the video would reveal itself to be on screen. Or, how your own chapter could carry or disrupt its flow. It was a matter of running wild and anticipating the unexpected.” – Petra Cibilich

“It’s pretty rare as a director that you get to work with other directors. So the opportunity to bump around with a bunch of minds you usually just admire from afar was exhilarating stuff.” – Alexander Gander

Alae – “Hit Me Where It Hurts” single

“‘Hit Me Where It Hurts’ was the first song I’ve ever written in a group situation, and with people, I don’t know. The process was massively unfamiliar, but it flowed so well. It really opened my mind to a more collaborative songwriting process, which is something I would have been really closed off to previously. It was a real privilege to work with such a knowledgeable collective.” – Alex Farrel-Davey (songwriter, vocalist)

‘Hit Me Where It Hurts’ is the first single from Alae’s freshly sealed partnership with Canadian producer Justin Gray and Anti Gravity records.

The likable tune was recorded in Los Angeles with Gray after a transformative collaboration session at the APRA AMCOS Songhubs initiative in March.

We recommend adding Alae’s “Hit Me Where It Hurts” single to your personal playlist. Also, let us know how you feel about it in the comment section below.