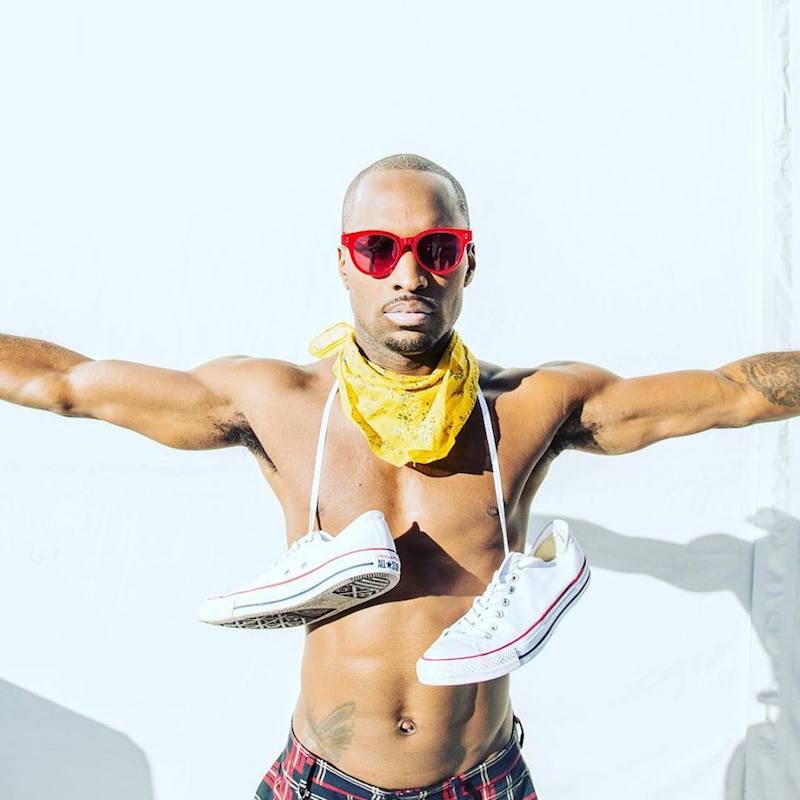 Adrian Jean is an up-and-coming LA-based singer-songwriter from Philadelphia. Not too long ago, he released an inspiring R&B tune, entitled, “See the Stars (Radio Edit)”.

“Nobody knows where these roads will go. When they dip down and whirl around to a place nobody knows. Why wouldn’t I go, go to follow my soul? Something deep inside that you cannot hide, that’s when you will know.” – lyrics

Adrian Jean was homeless for two and a half years unbeknownst to his friends and colleagues. He lived in his automobile underneath the famed Hollywood sign and showered at a nearby gym.

His grandmother sensed that something was wrong and begged her grandson to come home to the East Coast. But Adrian was determined to stay in L.A. to fulfill his musical dream.

Therefore, he continued writing songs while sleeping in the backseat, staring down at the lights of Los Angeles. One of the songs that he wrote, entitled, “See The Stars”, found Adrian negotiating leaving home despite his grandmother’s disapproval.

“Being gay and growing up in the ghetto was almost like being in the ‘50s. You can’t be black in the projects and gay. I was repressed for such a long time. I know there are a number of people who felt the same, and I think my music relates to a lot of the LGBT community.” – Adrian Jean

Adrian Jean has led a tumultuous life which has taken him from the poorest neighborhoods in Philadelphia to glamorous nightclubs, to homelessness, and redemption.

With an absent father and a mother who was more interested in drugs than raising her children, Adrian was forced to grow up very quickly.

By the age of 15, he was living on his own and working for a drug dealer. Later, he struggled with the pressures of being a bisexual man in a culture that didn’t accept such differences.

We recommend adding Adrian Jean’s “See the Stars (Radio Edit)” single to your personal playlist. Also, let us know how you feel about it in the comment section below.