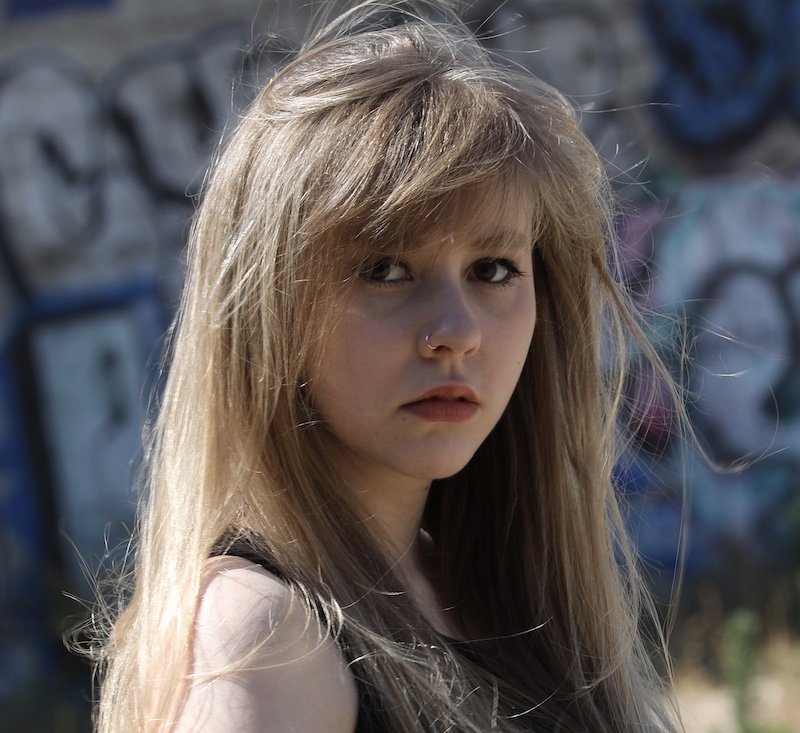 Abigail Fierce is a 19-year-old singer-songwriter and actress based in Los Angeles, California. Not too long ago, she released a lovely indie-pop tune, entitled, “Pitch Dark”.

“Pouring rain, loud thunderstorm. Ran fast, struggled through the door. You said, ‘It’s really something out there.’ I gave you a shy smile and brushed the moment away like I brushed the rain off my coat. And as I turn to go you said ‘Your hair looks good wet.’ I say you should see it dry. I looked up and I met your eyes. And the electricity pulsed through the room like the lightning outside. I should’ve known then by the look in your eyes it was gonna be a long night.” – lyrics

‘Pitch Dark’ tells a charming tale of a young woman who gets stuck in a booth with a stranger during a thunderstorm. Apparently, they (and others) have found refuge in a small neighborhood coffee shop because the power is out at their homes. Later, when the stranger goes to the counter to order another cup of coffee, she makes an unexpected move. Quietly, she pens her name and number on a napkin, slides it under the stranger’s drink, and slips out of the side door, back into the pouring rain.

“I don’t know what makes people fall in love.” 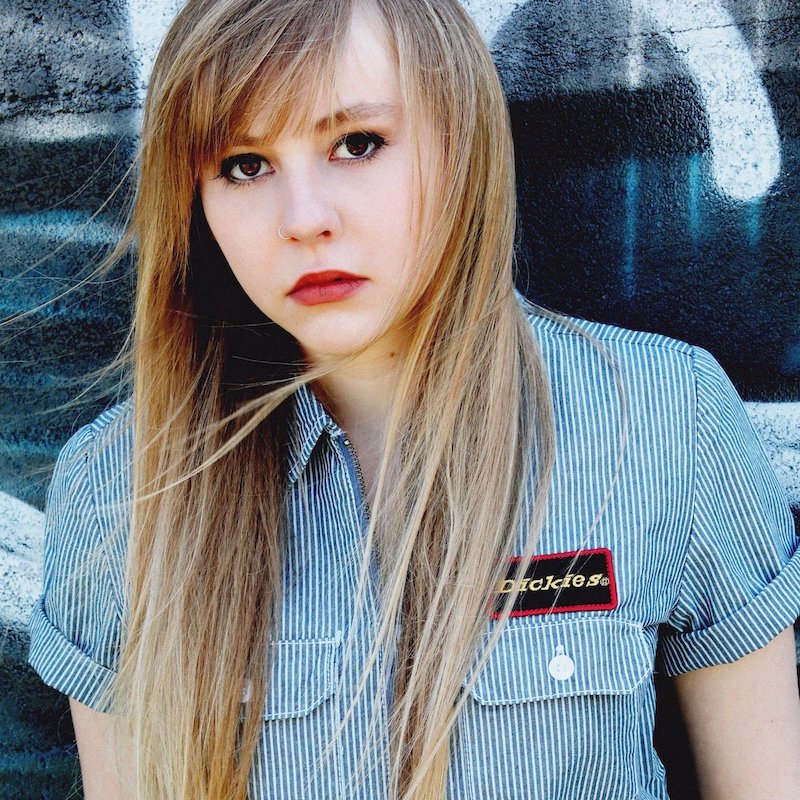 “‘Pitch Dark’ is a chill song about falling in love in a coffee shop during a thunderstorm. I am the sole author. It’s a hopeful, feel-good song, but it still has a melancholy edge, so as not to appear annoyingly idealistic. The lyrics read in a very real way. It’s a good song for anyone who enjoys story songs.” – Abigail Fierce stated

Abigail Fierce plays all of the instruments on her tracks and loves writing songs alone at 4 am in the morning. She was raised by two pharmacist parents, and claims music was “not a thing” in their house until she started playing at the age of 12. It quickly became the sound they’d hear for up to six hours every day.

As an actress, Fierce can be seen as Wendy on the new Hulu series, “Love, Victor”. Also, on Netflix’s “American Vandal”, ABC’s “American Housewife”, and Hannah Stocking’s “The Set Up”.

‘Pitch Dark’ contains a dreamy narrative, pleasing vocals, and tuneful melodies. Also, the likable tune possesses guitar-driven instrumentation flavored with an indie-pop aroma. Furthermore, “Pitch Dark” serves as an appetizing presentation to what listeners can expect to hear from Abigail Fierce in the near future.

We recommend adding Abigail Fierce’s “Pitch Dark” single to your personal playlist. Also, let us know how you feel in the comment section below.