Aaron Smith is a fast-rising singer-songwriter from Glasgow, Scotland. Not too long ago, he released a tongue-in-cheek music video for his introspective summer single, entitled, “You,” via Platoon.

Aaron Smith divides his precious time between Glasgow and sunny Los Angeles. “You” explores the contrast between his outwardly glamorous lifestyle as a musician and the more sobering reality of long stretches of time spent alone in unfamiliar locations.

The Lillie Wojcik-directed video depicts an introverted Aaron trying his hand at being an influencer in Los Angeles. The video slightly takes Smith out of the exhausting demands placed on artists to consistently produce content in a social media age. Also, the video sees Aaron roaming L.A., finding himself in comic situations as he begrudgingly tries to film himself doing The Slosh Dance (a once viral trend that’s often performed at Scottish weddings) for TikTok at the unsympathetic request of his manager.

“‘You’ is definitely a lot different from the songs I’ve put out before. I’ve found myself being heavily inspired by Dance/R&B artists. I love the juxtaposition of happier-sounding music and keeping the meaningful and heavy lyrics in my songs. I feel like I’ve really grown in the past 18 months as a person and as a musician and writing this sort of music has helped me to unlock a new part of something I never knew existed in me. I hope any fans welcome the change in direction.” – Aaron Smith explained

‘You’ marks an evolution of the sad-boy pop the hotly-tipped Scottish artist had made a name for himself with. Replacing the stripped-back solo piano arrangement that resonated during lockdown with electronic beats and bouncing synths, “You” combines Aaron’s signature honest lyricism with a new pop coating to reflect the growth in this new era.

Aaron’s new music is a natural progression following a period of personal reflection and re-discovery, after going sober for over 20 months now. The 25-year-old made a life-changing decision during the depths of lockdown to tackle his alcoholism head-on, following years of numbing after he lost his mother at the age of 15.

Amidst his personal storm, Aaron’s music catapulted the young musician from Polmont into the spotlight, topping Beyoncé, and Sam Smith on global streaming playlists. Aaron’s 2019 breakthrough single, “Unspoken,” has amassed over 20 million streams on Spotify to date (No.1 on Apple Music’s Best of The Week and Spotify’s New Music Friday playlists). He followed up with two Eps—Loveless (2019) and the critically-acclaimed, For My Father (2020). Also, he released the standout singles—Nocturnal, Beautiful Wave (a collaboration with Matoma), and Giving Up.

As Aaron finds himself reconnecting with the world and in a better headspace, the deeply emotive songwriting remains. But this time, the depths are illuminated by shafts of light. It’s more open, more melodic, and in a way, more direct. 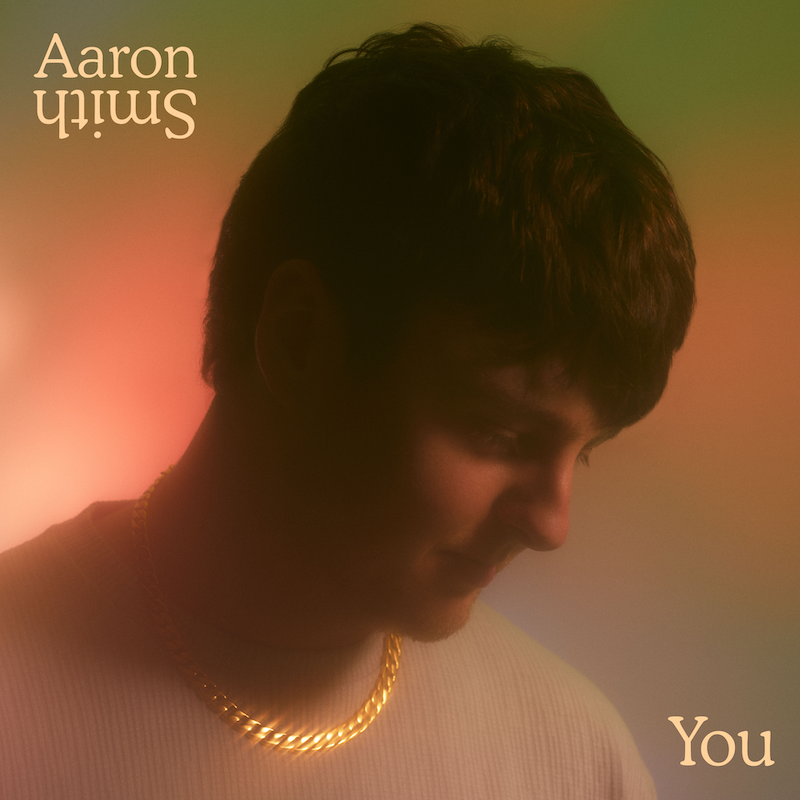 We recommend adding Aaron Smith’s “You” single to your favorite contemporary pop playlist. Also, let us know how you feel in the comment section below. Mel Blanc’s famous catchphrase, That’s All Folks! Thanks for reading another great article on Bong Mines Entertainment – the hot spot for new music. Always remember that (P) Positive, (E) Energy, (A) Always, (C) Creates, (E) Elevation (P.E.A.C.E). Contact us on social media via Twitter, YouTube, Instagram, or Facebook, and let us know what’s going on. “Disclaimer: This post contains Apple TV and Apple Music affiliate links. When you buy through links on our site, we may earn an affiliate commission.