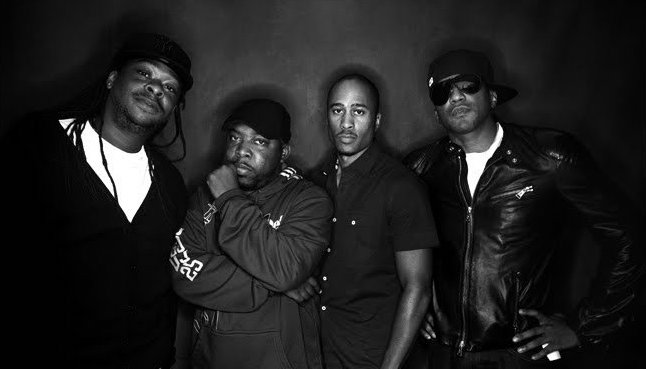 A Tribe Called Quest is a legendary rap group from Queens, New York. Not too long ago, they released a music video for “Dis Generation”, a single off their “We got it from Here… Thank You 4 Your service” album.

“Handle rocks with the capital G, ball on the beat. Status, Chris Paul and John Wall in the league. Grabbin’ mics till the knuckles would bleed, ’cause I believe. The potent that I’m quoting will have you geeked like speed. If rationale is naturale or a weave, it’s all edges and peas. Settin’ press, we on a permanent steez. I’m in a world where my princess is Leia and she feeling my Vader. And my lure grows greater and greater. Chem trails droppin’ poisonous vapors. Have you shaking like a gator. Been trill, ni^^a, process the data. Blu-ray wave file or a beta, I’ll DVR for later. Kappo Massa with my G to my waiter. You can’t define us, XY us, or Z us, you generational.” – lyrics

Rest in peace Phife Dawg. You and your brothers are definitely students of the past, trailblazing a daze, and not acknowledging trends or swept up in a phase. To this day, Tribe is still the highest of commodity grade.