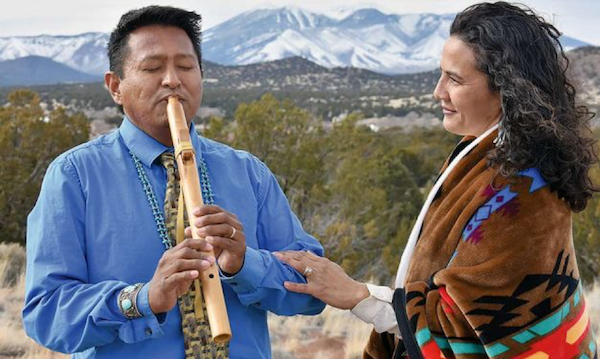 The Native American flute is used primarily by Woodlands tribes, Southwestern tribes, and tribes from the Northern and Southern plains. Documentation shows that this instrument has been around for almost two centuries now. But how much do you really know about Native American flutes?

Like many other cultures around the world, the Native Americans used the flute for various rituals and ceremonies, including entertainment, prayer, healing, and courtship. Of all these ceremonies, the most popular use for the flute was for courtship purposes, which enabled a man to communicate his affection for his intended partner. Therefore, the Native American flutes are popularly referred to as courting flutes or love flutes.

Back then, courtship was not a private affair. It was expressed as a formal ritual that took place in front of the entire tribe. Tradition reveals that once a young woman accepted a young man’s advances and the two were joined together, the woman would go ahead and break the flute. This was done so that her new husband would never play this flute for anyone else.

Native Americans regarded the flute as being one with self. As such, this instrument is worthy of the player’s respect and identification if it is to play properly. The idea is that the flute comes from a living being, which is the tree. Therefore, the instrument should be respected as any other living thing on earth.

The Native American flute is an extension of the person playing it. Both bodily and emotionally. The process of mastering its playing technique involves intimate familiarity with the flute’s physical form and inner workings. Only until the player senses the flute as an extension of their body will they be able to play it competently.

The separation between self and flute is dissolved, and the music produced comes from a union of hands, mouth, breathing apparatus, flute, and spirit.

Traditionally, the courting flute was designed to be played for women and not by them. As such, many communities would actually forbid women from playing the flute, and those that didn’t forbid it highly discouraged women from being flutists.

Even in this modern era, a female Native American who desires to play the flute would have to receive approval from her elders in the Native American community. This rule is because the flute is believed to bear the ‘male’ spirit, and it is a sacred instrument that has to be respected.

The traditional Native American flute was constructed using measurements specific to the anatomy of the individual for whom the flute was being made. The measurements of a person’s forearms, hands, and fingers would determine the instrument’s length and the placement of the holes. The distance from the tip of the index finger to inside the elbow would correspond with the overall length of the flute. The size of a knuckle would correspond to the distance between the holes.

This ergonomic design resulted in different flutes having a distinctly unique voice that created wide diversity when it came to tuning and tonal quality. This variation in voice would ring true even for flutes produced in the same village, using the same type of wood and crafted by the very same flute maker. Presently, in modern times, flute makers use precise measurements, so the instrument now has standardized pitch and tuning.

Many legends among the Native American tribes explained how the Indian courting flute was discovered or created. One story purports that a woodpecker pecked holes in the branch of a tree while looking for termites. When the wind came and blew along the holes, the people heard music, which is how the flute came to be.

Another story claims that a young man was lying down under a cedar tree when he heard a beautiful sound. Only to later find out that this sound is a result of wind blowing through a hollow, broken branch. Another legend is that a poor, lost boy was given a flute and song by either a spirit or a mysterious voice.