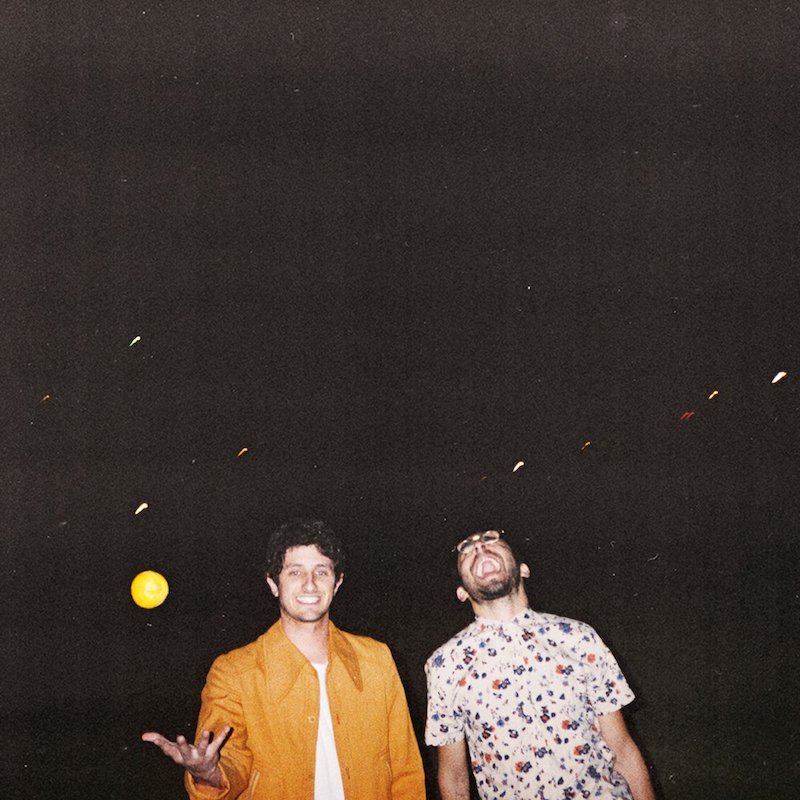 courtship. (Eli Hirsch and Micah Gordon) is an indie-pop duo based in Los Angeles, California. Not too long ago, they released a music video for their groovy beach tune, entitled, “Guy Stuff”.

“Every single night, such a deep desire just to be inside something. It’s guy stuff. There’s violence in our heart. Soo tough.” – lyrics

‘Guy Stuff’ is a tongue-in-cheek ode to the human nature ingrained in men.

The likable tune contains a relatable storyline, pleasing vocals, and light-hearted instrumentation flavored with a punchy piano which plays throughout the track.

courtship.’s musical inspirations while growing up include ELO, Daft Punk, and Burt Bacharach.

After a year on the road with bands such as Passion Pit, The Wombats, and Weezer, the bubbly duo went back into the studio to create their sophomore album, entitled, “The Art of Breaking Hearts”.

The project follows their highly successful “Denial in Paradise” album, which has amassed over 9M streams thanks to tracks such as “Nice Guy” and “Tell Me Tell Me”.

Get acquainted with courtship.’s music by streaming their “Denial in Paradise” album via Spotify.

We recommend adding courtship.’s “Guy Stuff” single to your personal playlist. Also, let us know how you feel about it in the comment section below.