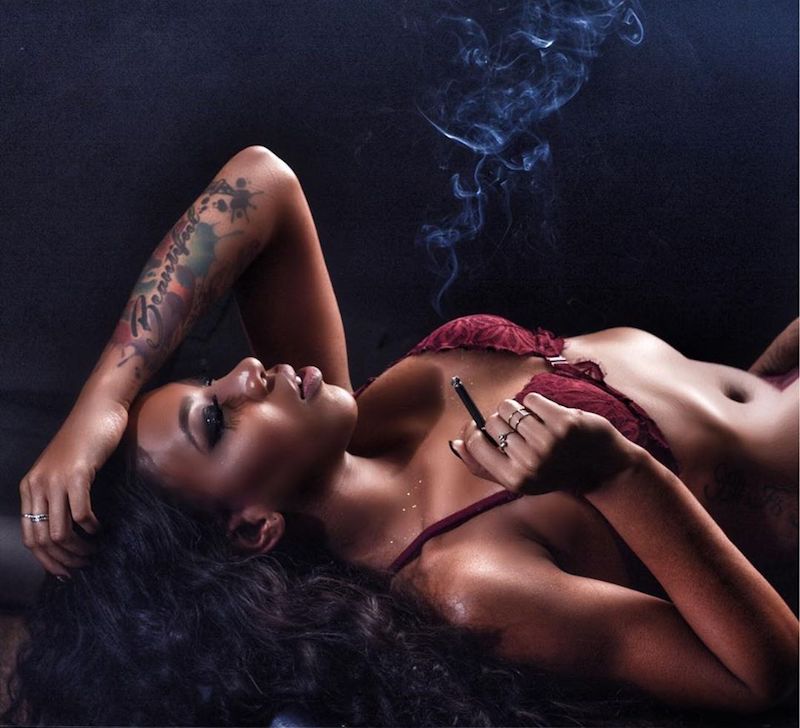 Alexis Nicole is a singer-songwriter from Richmond, Virginia. Not too long ago, she released “Up in Smoke”, a romantic R&B tune from her “9 Months Later” EP.

Alexis Nicole – “Up in Smoke”

“‘Up in Smoke’ is a smooth, vibey style record that I wrote to embody the feeling of bliss after an intimate encounter, whatever that means for each person. For me, there’s a balance between an emotional high and a genuine relaxation that is equivalent to the effects of thc.” – Alexis Nicole

‘Up in Smoke’ tells a sensational tale about a young woman who experiences romantic bliss with her significant other. Apparently, this individual’s love keeps her buzzing like the drug that will later get passed around in circulation.

After making love, they’re tired, and during their brief intermission, they blow smoke into the atmosphere. Shortly afterward, he touches her in the right spot, and they start making love all over again.

“Rolling something good to replace my high. Can you feel the buzz? Faded off your love, damn you blow my mind. Got the fire in rotation and you’re staring at me naked like you want another round. Take an intermission while we blow it down. Put one in the air, you already know.” – lyrics from “Up in Smoke”

Artists can be made, but legends are born, and Nicole is proof of the latter.

She grew up in the center of all great musical stories—the church. Her musical journey is a testament to the greatness that is to come.

Get acquainted with Alexis Nicole’s music by streaming her “9 Months Later” EP via Spotify.

We recommend adding Alexis Nicole’s “Up in Smoke” single to your personal playlist. Also, let us know how you feel about it in the comment section below.