Sophia is a Dutch singer-songwriter, performer, and producer based in Rotterdam, The Netherlands. Not too long ago, she released an appealing music video for her “Questions” single (directed by Anouk Genrich), followed by a wonderful debut album, entitled, “Fragile.”

“Let me tell you I’ve got questions, final words were never said. You broke your promises and left – how we found an empty bed? Let me tell you I’ve got questions, called you out on your sh*t. Can’t believe what you did, broke your promises, and left. Did you watch me grow on my own? Did you wonder who I was at all? Was it so hard to pick up the phone and give me a call? You let me fall, I left you voicemails. I wrote you letters, I was alone when you were together. I kept holding on to hope, I kept holding on for too long.” – lyrics

‘Questions’ tells a heartfelt tale about a young woman who experienced severe pain after losing her father at a young age. Apparently, he left her with questions that she will never get to ask. Looking back, she realized everything she ever did was for him because she always felt she had something to prove to him. Since his departure, she’s been trying to find peace within and somehow blames herself for him leaving. Therefore, she asks him a series of probing questions, “Tell me where you’re at? Tell me where you’ve been? Are you with them? Why aren’t you here? Do you even know my name? Does my life give you shame?” Later, she admits, “It won’t matter how many times I asked ‘cause the answers are out of the question.”

“How could you lose nothing and everything at the same time? Well, you can’t miss what was never there. Therefore, I lost nothing.”

“I want my music to be a safe place for you to feel seen and heard. As a queer female in this industry, I hope to be that example for others.” – Sophia stated

In this social media era, it’s hard to tell how people really feel. It can make you feel lonely or strange for not being ok. “Questions” relates to this narrative, and contains ear-pleasing vocals and tuneful melodies that will resonate well with fans of Victoria Monet, Snoh Aalegra, and Jazmine Sullivan. The emotional tune also possesses lush instrumentation bursting with contemporary and emo-pop elements. Furthermore, “Questions” is featured on Sophia’s nine-track debut album, entitled, “Fragile.”

“The album is called Fragile because I am. The songs are fragile too. I’ve never been this honest in my entire life and it scares me to share everything with the world. But I have found (during this process) that there is strength in being fragile and vulnerable. It takes courage to be fragile.” – Sophia explained

‘Fragile’ is a nine-track project that contains some of Sophia’s most vulnerable moments. It was produced by Mick Langenberg, Jaimy Wilken, and Martijn Ruytinx. Every song on the album is based on a true event from Sophia’s life over the last two years. From losing her absent father and falling in love for the first time, to getting her heart broken and saying goodbye to the bad people in her life while celebrating the ones that stayed. Covering an array of emotions, the album is the result of having a very turbulent year.

“When the first lockdown came, I finally had the chance to deal with everything that had happened. Instead of going to therapy, I went to a writer’s camp with my best friends and colleagues and wrote this album.” – Sophia explained

Hoping to inspire others to be fragile, vulnerable, and honest, Sophia wants listeners to know their feelings are valid; we don’t have to be strong all the time, we’re allowed to cry, and we’re allowed to not be okay.

“It only makes you brave for admitting that and so much stronger for surviving. Also, I hope to inspire others to never take sh*t from anyone. Ever! I want to talk about real-life experiences. Not just about love and breakups. I am not afraid to be honest. My music reflects that feeling. I play and sing directly from the heart.” – Sophia explained

Sophia’s music delicately dances between infectious pop, spellbinding R&B, and silky smooth neo-soul.  Also, it contains a hypnotic blend of her love for the 2000s, along with smooth R&B vocals inspired by Victoria Monet, Snoh Aalegra, and Jazmine Sullivan. 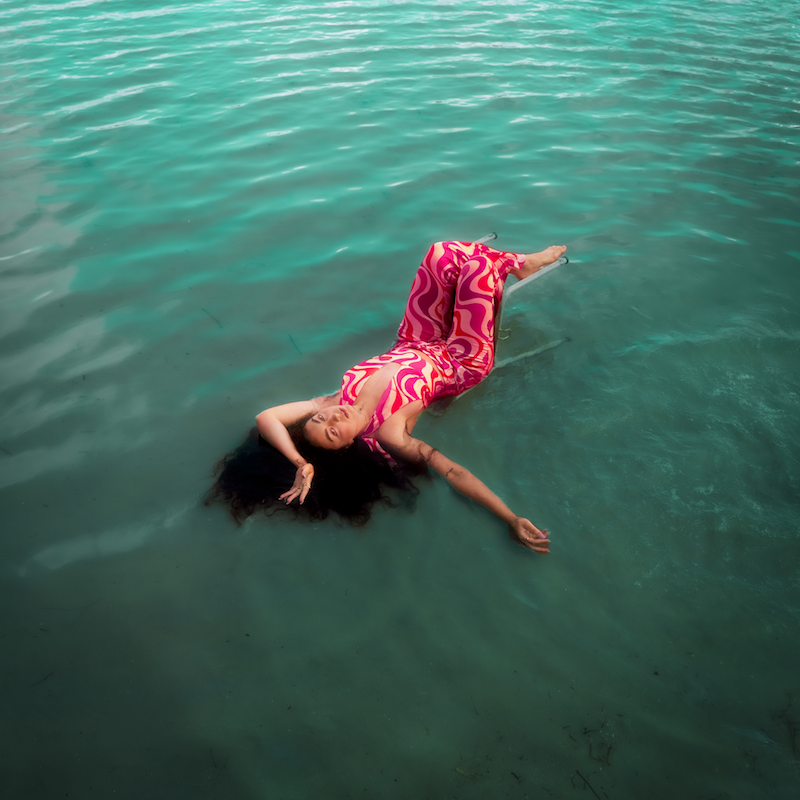 Sophia’s darker, melancholic, James Blake-like style derived from her classical piano background. Having studied at the prestigious Rotterdam Conservatory of Music, Sophia’s sound reaps a musical maturity and sophistication, while her honest themes touch on relatable, everyday life experiences. Breaking barriers and doing the unexpected, Sophia’s music exudes subtle suspense and tension, allowing for surprises around each and every corner.

We recommend adding Sophia’s “Questions” single to your favorite neo-soul playlist. Also, let us know how you feel about it in the comment section below. Mel Blanc’s famous catchphrase, “That’s All Folks!” Thanks for reading another great article on Bong Mines Entertainment – the hot spot for new music. Furthermore, always remember that (P) Positive, (E) Energy, (A) Always, (C) Creates, (E) Elevation (P.E.A.C.E).