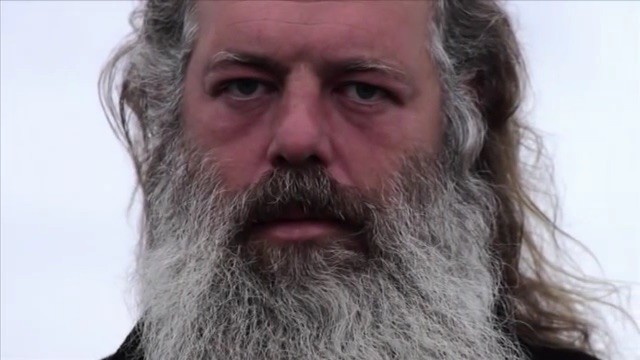 Rick Rubin – “Music took me away, in a way that nothing else could”

Rick Rubin stated, “Music took me away, in a way that nothing else could”, in a short film directed by Alison Chernick. The Grammy award-winning guru of music production pondered on living in harmony with nature, the importance of recreating its perfection in art, the transcendental power of sound, and getting in tune with the harmony of the planet.

“The power of nature is such that, it’s what all art strives to be. The more we can get in tune with the harmony of the planet, the more our art can benefit from that relationship.”

Ten years ago, MTV labeled Rubin the most important record producer of the last 20 years, months before he appeared on Time’s 100 Most Influential People in the World list.

“Music hits us in a really emotional way. For me, it took me away, in a way that nothing else could. It’s just got a tremendous power. The fact that you can do it with your eyes closed. But the creative goal in making music is the same as…you know, a rainstorm. Or, just the way the waves hit the beach, you know, there’s a perfection that we try to approximate. It’s the goal.”

Rubin demonstrates the peacefulness of being receptive to nature’s revitalizing powers while walking on high land, nearby the ocean shore.

“Sometimes, I’ll go years with meditating every day and then years of not. Now I’m in a meditation cycle, and it feels good. I started when I was really young. It was suggested to me by me pediatrician who delivered me.”

Rubin, now seated on dirt ground in a quarter lotus pose, contemplates life and art on the stunning cliffs outside his Malibu residence. His legs are loosely crossed, and for a good 10-15 seconds, we see him meditating in silence to the healing sounds of nature.

“He is on a journey through the spiritual and creative wilderness. It’s transformative to witness.” – Alison Chernick

FUN FACT: Rubin’s trademark beard has been growing for 30+ years.