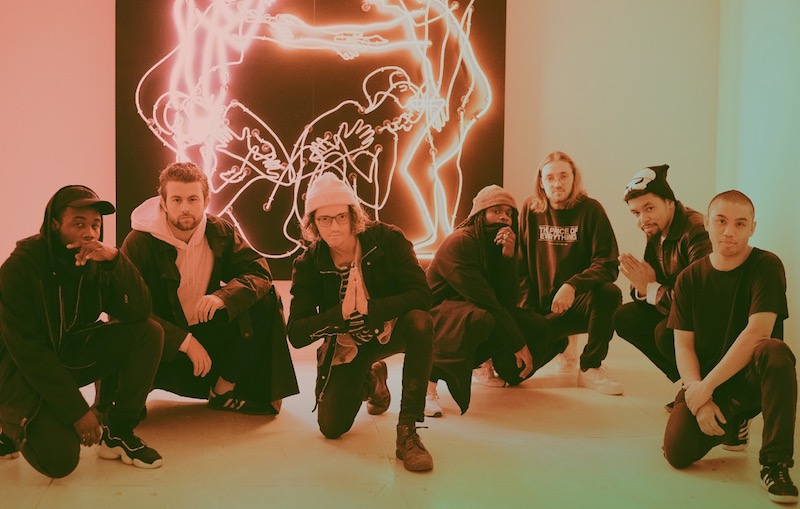 Poetic Thrust is a seven-piece hip-hop collective based in New York City. Not too long ago, they released a jazzy rap tune, entitled, “Neo NYC”.

The likable tune is a genre-free fluid expression characterized by beautiful progress and infectious flows.

Also, the tune fits in the same ballpark with music created by BADBADNOTGOOD, Thundercat, and Anderson.Paak.

A rarity in today’s musical climate, the strength of Poetic Thrust lies in its size and diversity, with members hailing from all throughout the New York area.

They have performed relentlessly in New York City, Los Angeles, and throughout the East Coast since their formation in 2015. Also, they formed in Brooklyn, turning an open mic jam session into a refined musical project.

Keep an eye on Poetic Thrust as they move towards the release of their “On Deck” project, which will be available soon.

We recommend adding their “Neo NYC” single to your personal playlist. Also, let us know how you feel about it in the comment section below.