Oyin (Hannah Oyin Fakoya) is a German-Nigerian singer-songwriter, producer, and model based in Nigeria. Not too long ago, she released a lovely lyric video for her dazzling new afrobeats single, titled, “For Life.”

“I am an all-or-nothing kind of person. When I love, I love deeply and if reciprocated, I am extremely loyal. At the same time, life has also shown me that a love that we decided to go for and were hoping to be able to keep, is not always meant to last.” – Oyin stated

‘For Life’ tells a charming tale about a young woman who shares a deep and committed relationship with her significant other. Apparently, she hopes their budding love can last a lifetime. Later, she tells her companion in an endearing way, “Sugar rush when I see your face. Every time I wake, my heart beat dey race. Only you, fit to cure my craze. I fit to run your race, and I no go complain.”

“Osun is a major river deity in the Yoruba faith. She is the goddess of divinity, femininity, fertility, beauty, and love. Osun is a symbol of sensitivity, identified by weeping and like other deities, she possesses human attributes such as vanity, jealousy, and spite. One of the most important roles that Osun plays is that of the goddess of the sweet waters and the protective deity of the river Osun in Nigeria. Alongside this river, in Osogbo, is a sacred grove dedicated to Osun. Osun is associated with the colors white, gold, yellow, and coral.” – Oyin explained

‘For Life’ is featured on Oyin’s debut EP, entitled, “Ijapa and Fairy Tales.” The four-track project finds Oyin taking listeners on an emotional ride through the life and experiences of a beautiful, young Lagos lady. 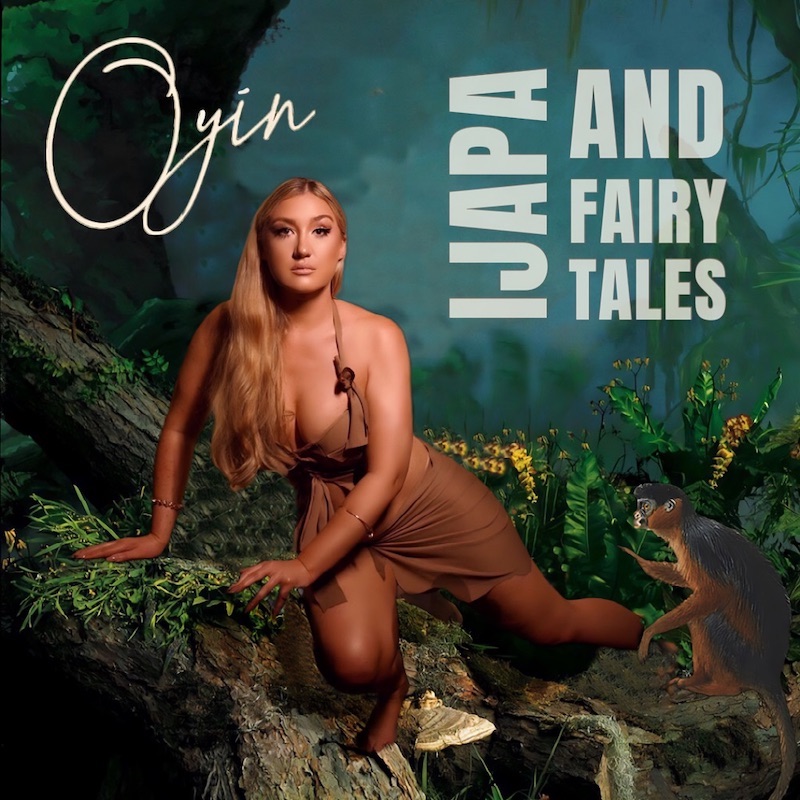 “The artworks of the EP look like realistic drawings of pictures you would find in a fairy tale book. I wanted to create strong visuals for the artworks of the songs, just as intense as the stories that the songs tell. Those experiences in life can make you feel like in a dream, whether it’s a sweet one or a nightmare. At times, you feel like a princess or fairy and sometimes you have to be an amazon or magician, just like the main character portrait in the songs and artworks.

The artworks also refer to four deities of the Yoruba cosmology, that represent different elements of nature. Each of them has their own characteristics, strengths, and weaknesses. Aja is Yoruba patron of the forest as well as all animals in it and herbal healers. It is believed that if someone is carried away by Aja, they go on a journey of between seven days to three months, and the person is thought to have gone to heaven. If the person returns, he or she becomes a powerful healer. Aja is associated with the colors of the forest, herbs, and roots. Animals play a vital role in the traditional Yoruba worldview. The monkey is admired for its agility but hated for its destructive and silly tendencies.” – Oyin explained

We recommend adding Oyin’s “For Life” single to your favorite afrobeats playlist. Also, let us know how you feel in the comment section below. Mel Blanc’s famous catchphrase, That’s All Folks! Thanks for reading another great article on Bong Mines Entertainment – the hot spot for new music. Always remember that (P) Positive, (E) Energy, (A) Always, (C) Creates, (E) Elevation (P.E.A.C.E). Contact us on social media via Twitter, YouTube, Instagram, or Facebook, and let us know what’s going on. Disclaimer: This post contains affiliate links. If you make a purchase after clicking a link, we’ll collect a share of sales or other compensation.