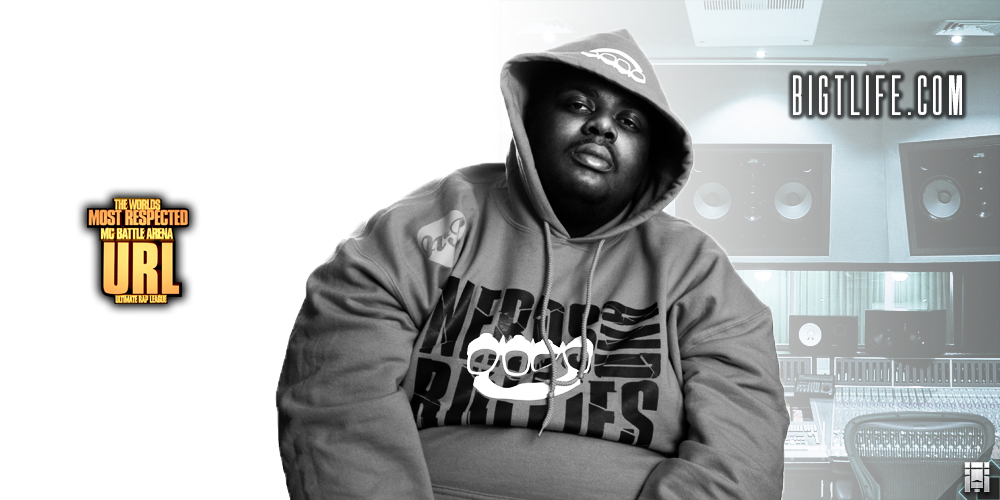 Big T is a battle-rapper outta Chicago, Illinois. Not too long ago, he fired back lyrical shots at the Ultimate Rap League’s (URL) new PG class of emcees.

So, in retaliation, T rages against the machine and releases “Charged Up”, a diss song aimed at the URL. He highlights his accomplishments in battle-rap since 2009 and states that the URL would be tarnishing his legacy by putting him against their new PG class.

But, the URL’s new PG class of emcees, especially Dot Mobb’s newest recruit, Snakeyez, caught wind of Big T’s diss track. It infuriated him to put out his “New Era” song dissing T, Aye Verb, John-John Da Don, and other notable veteran battle rappers. Snakeyez went in, claiming that T and his peers are too old and washed up to compete with the new generation of battle emcees.

During a recent interview on Angryfans Radio Show, T addressed his issues with the URL and their PG class.

“Ni^^as gotta start respecting me. There’s no reason why ni^^as are tryin’ to sh^t on my name right now. I’m fresh off a body with Danja Zone. No matter what they say about Danja Zone, the ni^^a was 2015’s ‘Battler of the Year’, and I made it look easy. So, don’t underestimate what I can do.”

We’ve seen Big T at his best against Tsu Surf, and we’ve seen him at his lowest against lesser-known opponents. Yes, T has underperformed in past battles, but he is currently on a winning streak.

“I admit, me and John John Da Don battle was a lil sloppy, but, I did some innovative sh^t. I did a move that ain’t nobody do yet. Like, what have these (PG) ni^^as done?”

Ave, ‘arguably’ the top emcee in URL’s new PG class, had a thing or two to say about the Big T situation. During his interview on the War Report, he saluted T on what he has done for battle-rap. But, he also let T know that his time is up and that nobody is checking for him.

“I don’t like what’s going on over there. I don’t know who’s running their Twitter pages. Just don’t disrespect my sh^t. I’m the first battle on there. Don’t disrespect me for Fettuccine (20), Alfredo, Nu Jerzy (Twork), and the ni^^a that looks like a f^ckin’ pig. Some other ni^^as that I don’t even know. These ni^^as need to be wearing name tags… I know how Norbes wanna play. He like disrespecting people’s sh^t. So, he wanna throw out a ni^^a like Ryda. I ain’t saying Ryda’s the weakest, but, I just ain’t never heard of him. I thought the PG class was still Chess and ‘em.”

T played a major role in the Midwest Movement, a lyrical crusade that helped usher in SMACK DVD’s URL brand into the new millennium. But, after all that hard work, T never imagined in the future, millennial rappers such as Glueazy, JakkBoy Maine, Ave, Snakeyez, etc., would question his rapping ability.

This is not the first time T has gotten shade from PG emcees. Not too long ago, a hot prospect named Prep came at T’s neck, claiming the rapper couldn’t see him in a one-on-one battle.

“This is my eighth Summer. I’ve seen this happen so many times. Prep was talking crazy to me 2-years ago, and I told him when you get on that big stage what’s gon’ happen. And, he got in front of a Chilla Jones, who’s not even a big stage ni^^a, and he (Chilla) tortured him (Prep) for 3-straight rounds. He (Prep) ain’t even have a high-top fade after Chilla was done with him. Prep had braids.”

URL’s new PG class can say whatever they want about T. But until they get in the ring with Mr. Chilaka Boo, they will never know how great of an emcee T is. But, we know one thing is for sure, T has gone to war before and he is alive to talk about it.