Herine is a rising singer-songwriter from Nashville, TN. Not too long ago, she released a lovely alternative-pop tune, entitled, “Heavy.”

“Promise that you’ll tell me when it gets too heavy,” Herine pleads in a hyper-vulnerable way. The danceable tune, written for Herine’s partner, explores early relationship anxiety. Also, the song details a person who has a history of trauma and baggage.

‘Heavy’ contains a relatable narrative and ear-pleasing vocals that will resonate well with fans of The 1975, Charli XCX, and Hayley Williams. The upbeat song possesses bouncy drums and electric guitar-laden instrumentation flavored with indie-rock and alternative pop elements. Furthermore, “Heavy” serves as a tasty appetizer to what listeners can expect to hear from Herine in the near future as she continues to release new music.

The newly adopted “Herine” (pronounced “Heron;” “Hair-in”) is the side of “Katherine” (known colloquially as Kat) she originally viewed as most flawed. Embracing the most imperfect part of her identity, Herine hopes to inspire listeners to hold on through any adversity they may be facing. This is a new beginning Herine is excited to share with many who also need liberation.

As a child, one of Herine’s favorite activities (other than playing piano, guitar, and singing in the church choir) was playing A&R on carpool rides with demos her best friend’s father had brought home from his work at a label. With these experiences, as well as exposure to her Pulitzer Prize-winning-journalist relatives, Herine springboarded into a songwriting career and later, into her own artistry.

Through her colorful lyricism, the pain she experienced during her turbulent upbringing is palpable. Writing quickly became more than just a childhood hobby—it developed into a coping mechanism and creative safe space to process feelings. By relinquishing her full name, Herine is ready to tell her true story. 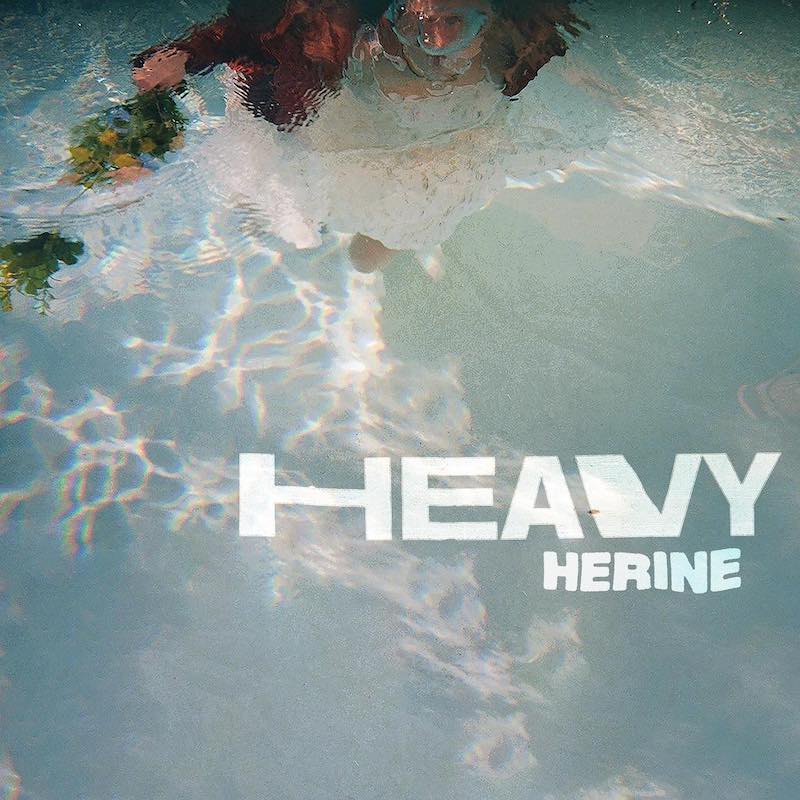 We recommend adding Herine’s “Heavy” single to your favorite alternative-pop playlist. Also, let us know how you feel in the comment section below. Mel Blanc’s famous catchphrase, That’s All Folks! Thanks for reading another great article on Bong Mines Entertainment – the hot spot for new music. Always remember that (P) Positive, (E) Energy, (A) Always, (C) Creates, (E) Elevation (P.E.A.C.E). Contact us on social media via Twitter, YouTube, Instagram, or Facebook, and let us know what’s going on. “Disclaimer: This post contains Apple TV and Apple Music affiliate links. When you buy through links on our site, we may earn an affiliate commission.