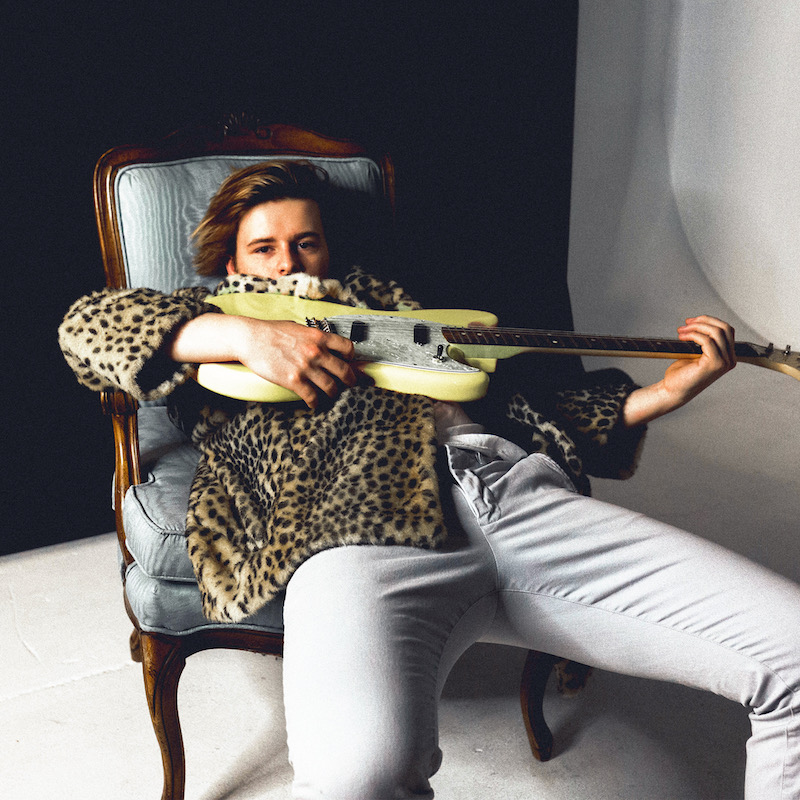 Tommy Newport is an 18-year old singer-songwriter/producer from Manchester, England. Not too long ago, he released “On Top”, a funky alternative-pop tune from his upcoming “Just to be Ironic” album.

“I have always loved tracks that make you want to get up as soon as they start and dance. Also, I wanted to have one of my own for people to resonate with.” – Tommy Newport talks about his “On Top” single

‘On Top’ contains a relatable storyline, intricately laced harmonies, and a pulsating instrumentation flavored with dreamy and delicate guitar riffs.

Tommy Newport chilling outside in the yard 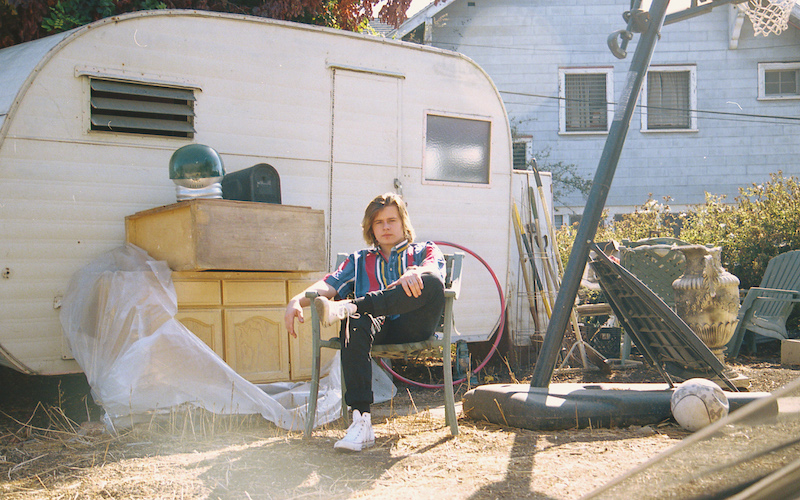 Tommy Newport relocated to the United States with his family when he was 6-years-old. He bounced around from Dallas to Seattle before finally settling down in Wichita, Kansas. There he mastered his craft, and in 2017, independently released an album, entitled, “So Long and Thanks”, under the moniker Milmine.

Since then, he’s been creating music tinged with ‘60s psych-rock influences and classic love songs of yesteryear. Also, with no promotion or marketing, the album’s lead single, “Altered State of Mind”, has eclipsed over 1 million streams across YouTube, Spotify, and Apple Music.

In conclusion, Tommy Newport has the heart and soul of a true musician. With years beyond his age in craftsmanship, he is an artist you need to keep an ear👂out for. Therefore, we recommend adding his “On Top” single to your personal playlist.