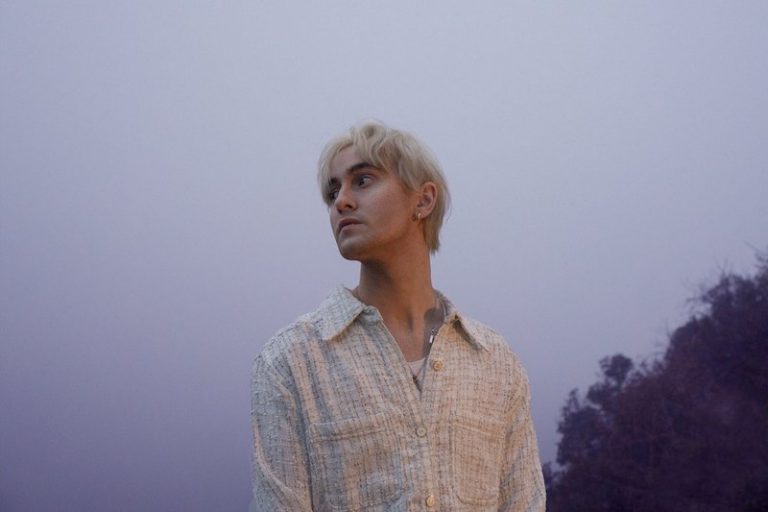 Thomston is a singer-songwriter from New Zealand. Not too long ago, he released a music video for his heartfelt duet single, entitled, Magnolia, alongside up-and-comer, Zeph (Zephani Jong).

“‘Magnolia’ is about that yearning for a different place, very much living inside a ‘grass is greener’ mentality. It touches on isolation, loneliness, and tries to paint a picture of a utopian summer where a struggling relationship could thrive. The song was originally written solo, but I felt like it would really benefit from a shift in perspective that would fill in the blanks of the story. And Zeph came back with some unfiltered angst that I think is incredible.” – Thomston explained

‘Magnolia’ is the second chapter of Thomston’s journey taking his fans from New Zealand to Los Angeles. Sonically and visually exploring the brightness of new romance transforming into the dark twisted fate of a love affair that crashes and burns.

“I’ve actually been a huge fan of Thomston since 2015. So making this song with him has been a dream come true. The lyrics really hit close to home.” – Zeph stated

“‘Magnolia’ is about creating a utopia for yourself as a coping mechanism. It’s about framing the environment and circumstances that have become a scapegoat for all your relational and personal issues as only temporary. A dysfunctional pitstop en-route to a perfect summer far away. 2020 made it really difficult for all of us to realize our escapism fantasies and the video really reflects that; in a stale, lonely apartment that is closing in around me while I dream of the beach.” – Thomston explained

‘Magnolia’ contains a relationship-based narrative, ear-pleasing vocals, and tuneful melodies that will resonate well with fans of Wrabel, Broods, and Troye Sivan. The likable tune possesses cloudy instrumentation flavored with a showering indie-pop vibe. Furthermore, “Magnolia” serves as a tasty appetizer to what listeners can expect to hear on Thomston’s forthcoming LP, set for release late in 2021.

“We shot the video in Covid-free New Zealand after a two-week stay in a government quarantine facility in a volcanic tourist town that famously smells of rotten eggs (I suffer for my art). Zeph shot her parts in her room in Maryland, appearing through a screen in the video, which is how most of us have seen our friends for the past year. TV has really been a blanket of comfort, a window to the outside world and human connection.” – Thomston explained

“I spent my first week out of quarantine helping to build the set, which meant painting, sanding, and pretending I understood engineering terms while the other guys figured out how to make the walls move. The beach location was on the black sand-covered west coast of Auckland, Tāmaki Makaurau. And we shot at both sunrise and sunset next to a huge gannet colony that also smells really bad. There’s just such an otherworldly grandeur to the beaches along that coast, and there’s significance in the Pacific Ocean being the body of water that either connects or divides my home country and my new one. It just depends how you look at it.” – Thomston explained

Since he emerged with his debut record, TOPOGRAPH, as a teenager, New Zealand’s best-kept secret has amassed over 150 million streams worldwide. Also, he has toured in support of Broods and Billie Eilish.

We recommend adding Thomston’s “Magnolia”  single to your favorite indie-pop playlist. Also, let us know how you feel in the comment section below. Mel Blanc’s famous catchphrase, “That’s All Folks!” Thanks for reading another great article on Bong Mines Entertainment. And always remember that (P) Positive, (E) Energy, (A) Always, (C) Creates, (E) Elevation (P.E.A.C.E).