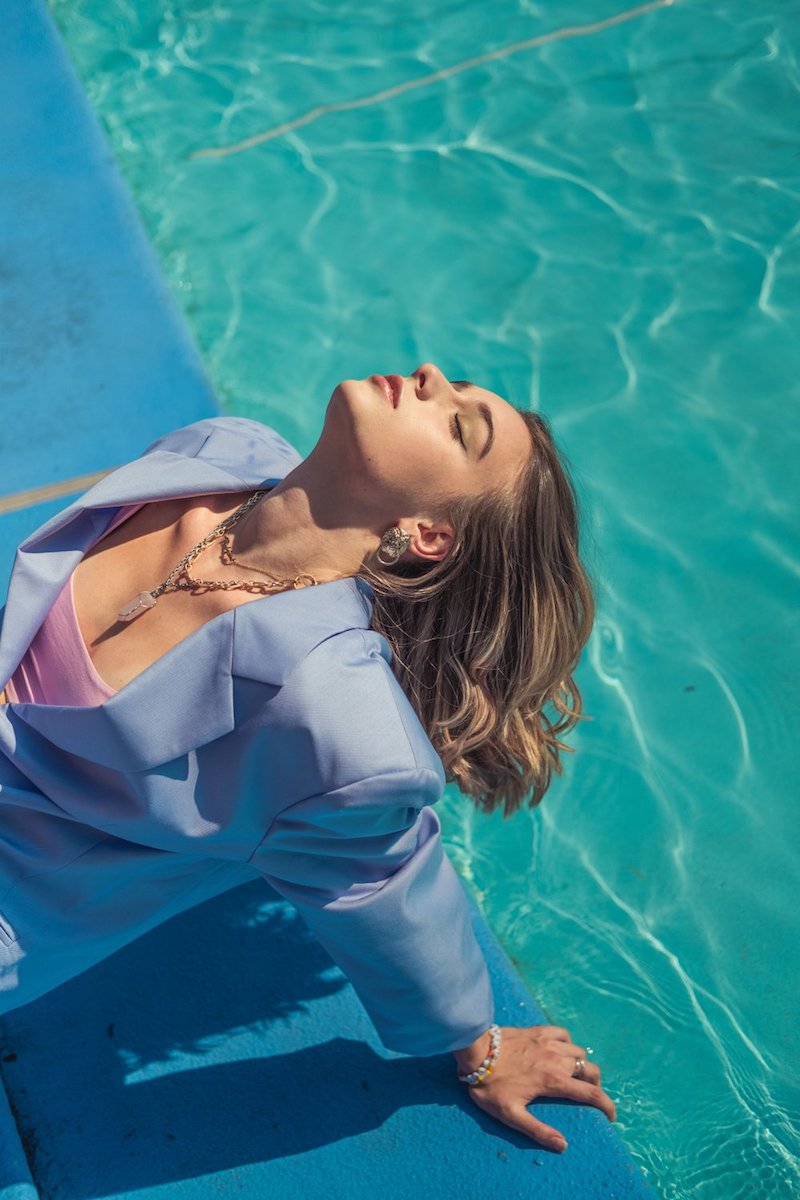 Stevie Bill unveils an appealing audiovisual for her “Better” single

Stevie Bill is an up-and-coming Dutch/British singer-songwriter from the Netherlands. Not too long ago, she released an appealing audiovisual for her “Better” single.

“I can’t believe it, I always thought that love was difficult. But you’re something different, you don’t mind the way I am. No complications, pick me up, show me around. The combination of our bodies freaks me out. Get lost in the sound, I’m light as a feather. You’re taking me out of my comfort but there’s no pressure. ‘Cause I’m most of myself when we are together. I don’t know what you do but you’re making it better.” – lyrics

‘Better’ tells a heartfelt tale of a young woman who shares an uncomplicated love with her significant other. Apparently, she’s head-over-heels infatuated with her companion. So much so that it’s driving her insane in a good way. Later, she admits that she wants no one else but her partner.

“Like an addiction, you gave me a taste now I want all of it.”

“I wrote ‘Better’ during the first week in New York with a USB mic and my laptop during one of the rare moments I was alone in my campus dorm.” – Stevie Bill stated

After finishing high school in Amsterdam, Stevie Bill realized that to live her musical dreams, she had to write her own stories. Born to a British mother and a Dutch father, she moved to Berlin on her 18th birthday to pursue her musical dreams and develop her own sound. Also, she started working as a songwriter for other artists as a day job, next to spending every minute she could spare on her solo project.

While in Berlin, Stevie applied for the prestigious Clive Davis Institute at NYU, New York. She was accepted on a scholarship and moved to New York in September 2019 at the age of 19. Currently, Stevie is working on her project 24/7, collaborating with the writers and producers she met in the different places she’s lived.

Stevie Bill wants her music to be relatable to her peers, telling stories about ambition, self-doubt, friendships, and living in a dorm room with strangers. Her sound is inspired by contemporary artists like Post Malone and Clairo and ‘90s R&B singers like Toni Braxton and TLC. Furthermore, Stevie’s “Better” single serves as a wonderful presentation to what listeners can expect to hear from the artist-to-watch in the near future as she continues her claim to modern-day fame.

We recommend adding Stevie Bill’s “Better” single to your personal playlist. Also, let us know how you feel in the comment section below.