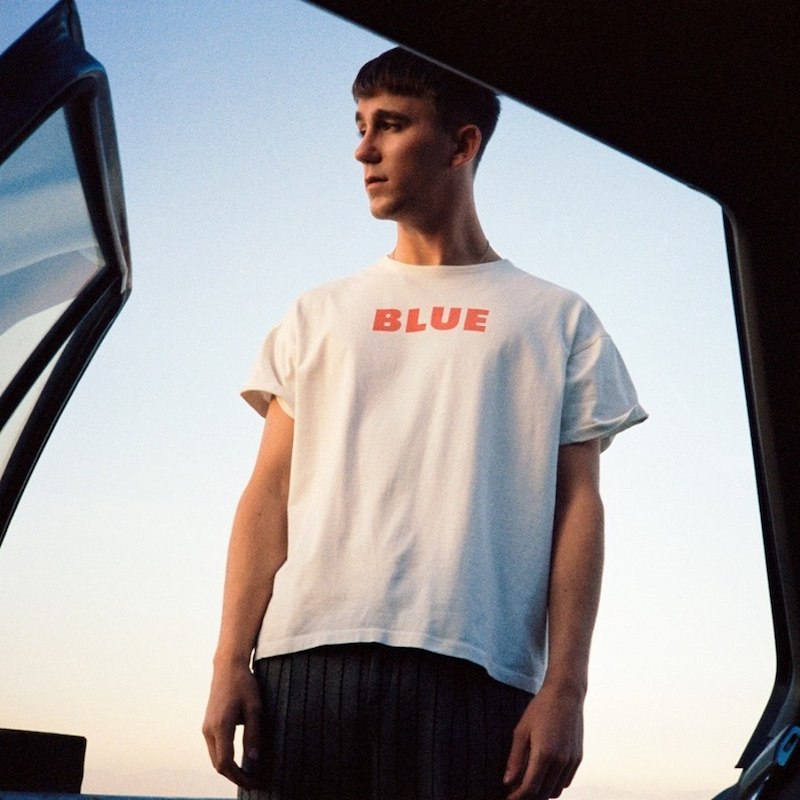 SG Lewis is a London-based songwriter, producer, and multi-instrumentalist. Not too long ago, he released his “Dawn” EP ahead of his two high profile festival appearances at North Coast Music Festival and Jay-Z’s Made In America, and a headlining tour in September.

His 6-track project, released via Casablanca and Republic Records, is the third and final chapter of his three-part concept album, entitled, Dusk, Dark, Dawn.

“I forgive, I forget all the words I’ve never spoken. I’ve been lost, I’ve been hurt, I’ve been blamed. Sitting here on the floor feels like I’ve been high forever. Coming down, falling hard, all in vain.” – lyrics

‘Easy Loving You’ tells a bittersweet tale of a heavy-hearted young man who struggles to cope with the pain after suffering an emotional breakup with his girlfriend.

Looking back in hindsight, he realizes that she wasn’t an easy person to love, and their problematic relation was doomed from the start because they were oceans apart.

Later, he admits that both of them are broken and in need of emotional repair. Also, it hurts every time he remembers that they are no longer together.

“Blue, in your eyes as I fall for the night. But you’ll fade away when morning light is rising. Leave a taste lingering on my skin. Have I been here before? You touch me and I fall. I close my eyes on the horizon, me and you. I can see the lights inside my mind are glowing blue.” – lyrics

Not too long ago, SG Lewis released the psychedelic, Rainbow Road tinged music video for his EP opener, entitled, “Blue”.

The likable tune was inspired by the countless amount of hours that Lewis spent in airports while touring over the last year.

Get acquainted with his music by streaming his “Dawn” EP via Spotify.

“‘Dawn’ is the final phase of the 3-part album I have spent the last 18 months working on. ‘Dawn’ captures the energy of the end of the night, the intimacy of the quieter moments, and the emotions felt after the energetic highs of ‘Dark’. It is a more introspective phase, and is the most personal music I think I have ever released.” – SG Lewis

It’s been an impressive year for SG Lewis, with SOLD-OUT shows across North America, Asia, and Europe.

Not too long ago, Dark‘s lead single, “Hurting”, hit No.1 on the Billboard Dance/Mix Show Airplay Chart.

Also, Lewis played a prime slot at this year’s Coachella and continues to cement his status as not one of London’s hottest new talents, capable of making a splash on both sides of the Atlantic.

We recommend adding SG Lewis’ “Easy Loving You (feat. Kamille)” single to your personal playlist. Also, let us know how you feel about it in the comment section below.