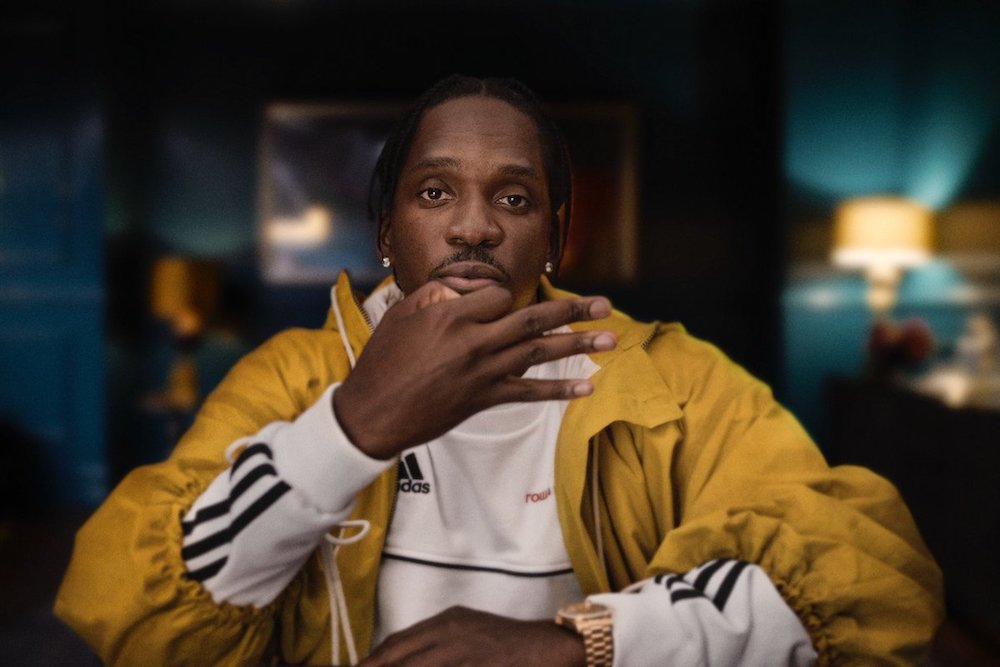 Pusha T is a rapper out from Virginia Beach, Virginia. Not too long, he released a short 7-track sample-fueled EP, entitled, “DAYTONA”, produced mostly by Kanye West.

IF YOU KNOW YOU KNOW

Pusha goes on to rap about things that a drug dealer would know. Stuff like weighing drugs, team participation, clout, and the women and glamour that comes with being a successful trapper.

THE GAMES WE PLAY

“To all of my young ni^^as, I am your Ghost and your Rae. This is my Purple Tape, save up for rainy days. And baby mama wishes, along with the side b*tches. They try to coexist, end up wishing you’d die, b*tches. 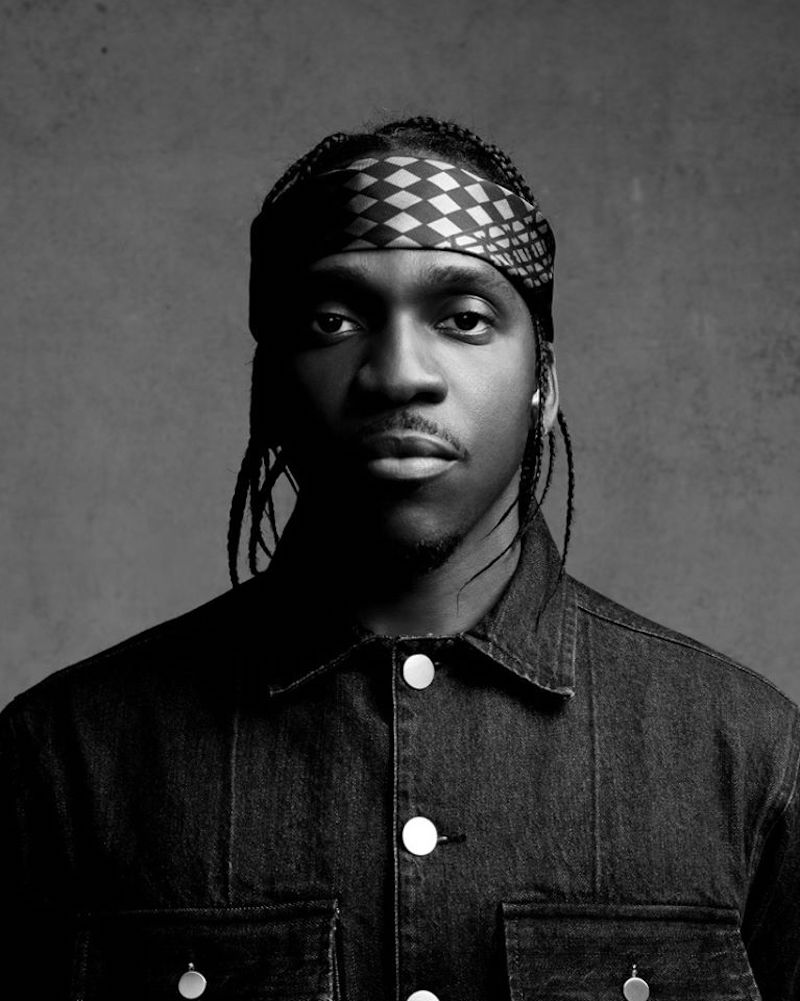 “Stood on every couch, in the A at the black party. No jewelry on, but you richer than everybody. You laugh a little louder, the DJ say your name a little prouder. And we don’t need a globe to show you the world is ours.”

Produced by Andrew Dawson and Kanye West, “The Games We Play” has a classic hip-hop sound, tangled with raw lyrics and crisp production.

Pusha-T is in his bag with braggadocios raps about life in the underbelly of the inner-cities.  His confidence is apparent and his lifestyle seems glamorous. His reflective hood story is perfumed with the scent of wealth, the fast life, and death aroma.

“Ain’t no stoppin’ this champagne from poppin’. The draws from droppin’, the law from watchin’. With Ye back choppin’, the cars and the women come with options. Caviar facials remove the toxins. This ain’t for the conscious, this is for the mud-made monsters. Who grew up on legends from out of Yonkers. Influenced by ni^^as Straight Outta Compton.”

“I can blow a million dollars into dust. Lord knows how many bottles I’ve done bust. Still runnin’ through the models like I’m Puff. Confront my problems like I’m Ralo in the bluff. Pusha know these politics is paradox. Chillin’ in a condo full of ready rock.”

The intro begins with a sample from The Mighty Hannibal’s “The Truth Shall Make You Free”. It speaks on addicts that are trying to kick their habit and dispose of the monkey on their backs.

But Pusha ain’t gonna let that happen. He raps about all the material things he has accumulated from selling dope to addicts.

“B*tch, I been had, b*tches been bad. We buy big boats, b*tch, I’m Sinbad. Downright sinful, b*tch, we been full. All my dope boys, we like kinfolk. B-More burnt spoon, DC glass pipe. VA sent bales, ’bout that trap life. Blew through thousands, we made millions. Cocaine soldiers, once civilians. Bought hoes Hondas, took care of children. Let my pastor, build out buildings. Rapped on classics, I been brilliant.”

The song was produced by Kanye West. Also, the chorus contains a sample from George Jackson’s “I Can’t Do Without You” single.

Pusha gets spiritual, but still gangster. He turns to Santeria, a pantheistic Afro-Cuban religious cult developed from the beliefs and customs of the Yoruba people. Also, religion incorporates elements of the Catholic religion. 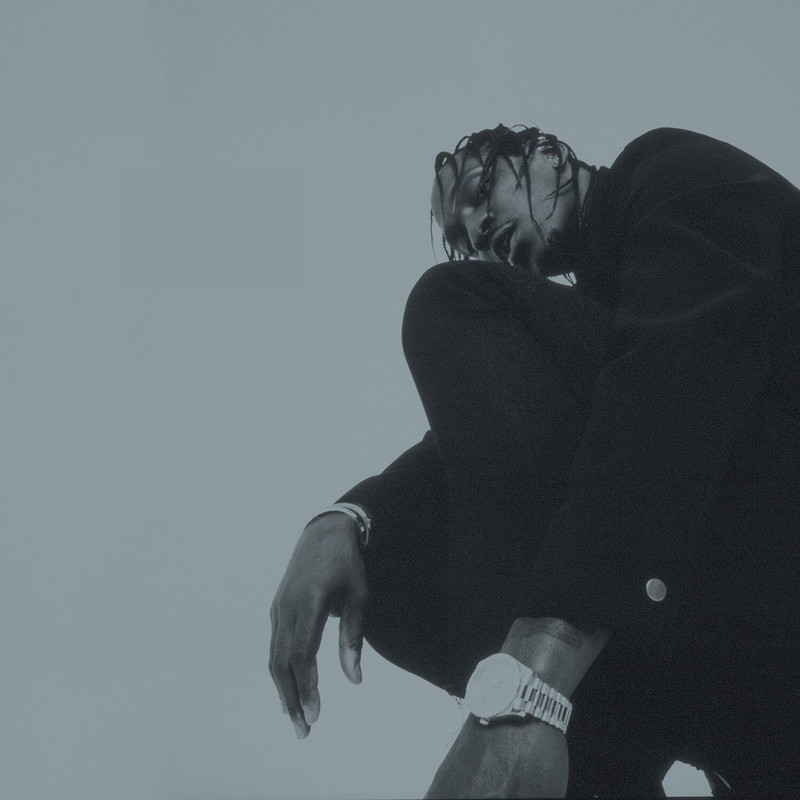 “The Lord is my shepherd, I am not sheep. I am just a short stone’s throw from the streets. I bring my offering, I will not preach. Awaken my demons, you can hear that man screaming. I’m no different than the priest.”

Pusha uses this song to speak to the spirit of De’Von, his former tour manager. Apparently, he was a dedicated church member. But you know the old saying, “You never know what you have until you lose it.” And Pusha realizes that in a heartbeat.

“You listening, De’von? As I’m talking to your spirit. For God’s sakes, I’m dealing with heartbreak. Checking my ego, I’m livin’ with lost faith.”

Santeria was produced by Mike Dean and Kanye West. Also, it contains samples from “Bumpy’s Lament” by Soul Mann & The Brothers, and “Drugs” by Lil’ Kim ft. The Notorious B.I.G.

WHAT WOULD MEEK DO?

Pusha enlists West to respond to their critics, fans, and the media. Originally, he told Angie Martinez (Power 105.1) that he wanted Meek Mill on the record, but the Philly emcee was incarcerated.

“Angel on my shoulder, ‘What should we do?’ Devil on the other. What would Meek do? Pop a wheelie, tell the judge to Akinyele. Middle fingers out the Ghost, screamin’ ‘Makaveli’ (come with me) Hail Mary, the scale fairy. Two sides to every coin so we bail ready. How do you respond?”

Pusha raps about Drake having a ghostwriter, Baby’s money issue with Lil Wayne, and drug dealing in more ways than one.

“It was written like Nas but it came from Quentin. At the mercy of a game where the culture’s missing. When the CEO’s blinded by the glow, it’s different. Believe in myself and the Coles and Kendricks. Let the sock puppets play in their roles and gimmicks.”

“The only rapper sold more dope than me was Eazy-E. How could you ever right these wrongs when you don’t even write your songs?”

The beginning is definitive, but normalcy settles in after that. You know how the old saying goes, “Too much of anything isn’t good.”

West and the other producers utilize sample-fueled beats to balance the EP’s energy. Also, those samples serve as commercial breaks that prep listeners before they hear more of Pusha’s street saga.

We would’ve loved to hear Pusha rap about the negative aspect of drug dealing alongside the gains. Perhaps, after this digestible lunch, the upcoming dinner will be more delicious and nutritious to listeners residing in urban communities.