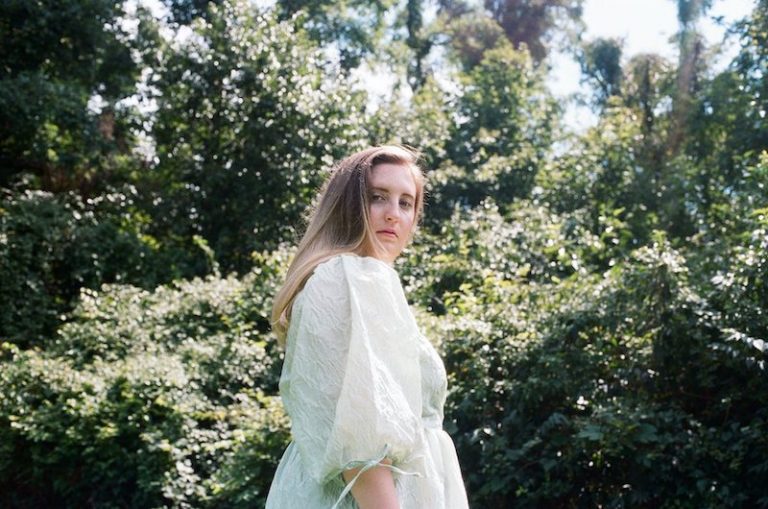 Olive Louise is a New York-based singer-songwriter, multi-instrumentalist, and classically-trained musician. Not too long ago, she released an appealing audiovisual for her “Nothing’s The Same” single, produced by Anwar Sawyer.

“The music video is a collage of angst and free-floating joy, which I always feel coexists. It’s about relishing in the simple things we take for granted like our own bodies and the way the light looks between trees. And the warmth you feel on your skin when you stop for a second to actually take in your surroundings. It’s about caring less about what others think and letting go of filtering yourself through someone else’s lens. Also, finding that true confidence to move through life as you.” – Olive Louise explained

‘Nothing’s The Same’ contains a relatable narrative, ear-pleasing vocals, and tuneful melodies that will resonate well with fans of BENEE, LAUREL, and Clairo. The likable tune possesses vibey instrumentation flavored with indie and alternative-pop elements. Furthermore, the fantasy-laden music video finds Olive Louise infusing her sense of self-reflection into a dreamy soundscape. She manages to build a world centered around nostalgia through storytelling and refreshing vulnerability.

“Wanting more than anyone ever could give to me.”

“I feel like this song took on an even deeper meaning for myself over this past year. Having been quarantined and not being able to hug those I miss. Or share a good belly laugh in close proximity with friends. Nothing is the same, literally. And I think we’re all looking back on personal things that we didn’t realize meant as much as we know they do now. I hope this song makes people feel happy and makes them think about what it is they love and miss. And more importantly, what they’re looking forward to.” – Olive Louise explained

Olive Louise possesses the rare ability to delve deep into self-exploration and still emerge open-hearted, optimistic, and deeply empathetic. This gift, paired with her natural musicality, is ultimately what has drawn listeners to her. Her poetic-yet-digestible lyrics and haunting, airy soprano are a hypnotizing amalgamation of her classical roots and indie-pop influences. In the short time that she’s been releasing music, she has amassed a passionate fan base that recognizes and appreciates her talent and authenticity.

“They’ll judge, but it never seemed to bother me much.”

Olive Louise grew up in Kings Point, New York, on the same estate that inspired F Scott Fitzgerald‘s novel, “The Great Gatsby.” She spent her early years studying piano and violin under the tutelage of her mother, who was the lead pianist of the Long Island Philharmonic Orchestra. Her earliest memories include falling asleep to the sound of her mother’s playing. Also, being allowed to leave for school only after mastering a Vivaldi concerto. Inevitably, music became a major part of Louise’s molecular makeup.

Unfortunately, Louise’s dreamy childhood was cut short by the tragic passing of both of her parents. After this devastating loss, she turned to songwriting as a way to process her emotions, eventually recording a song at a studio in her hometown. The experience showed Louise that while she loved Vivaldi and Mozart, she was capable of creating something entirely her own. Following a somewhat chaotic young adulthood and various unstable living situations, Louise pursued a career in singing and songwriting.

After a brief stint at Berklee College of Music in Boston, Louise returned to New York City to finish her schooling at The American Musical and Dramatic Academy. After years of formal music training, feverish songwriting, and carefully crafting her unique sound, Louise released her first single, “Fool,” in October 2019.

The self-love anthem introduced Louise as an innovative new voice with a fresh perspective. Not too long ago, she released “Bad Things,” a catchy confessional exploring Louise’s battles with anxiety. The track’s music video, an Alice in Wonderland-like depiction of her experiences in therapy as a child, proves Louise’s creative prowess and vision.

“It feels like I’ve actually processed a lot of things. I can still be like, ‘Wow, I went through that,’ but it doesn’t make me angry at anyone anymore. Also, it feels like there’s way more freedom in my writing.” – Olive Louise stated

‘Bad Things’ received an outpouring of appreciation from fans who could relate to Louise’s struggles. Now, she is ready to move forward into a new chapter. Also, her capacity for self-reflection, along with her masterful understanding of her craft, make her a formidable voice in pop. An artist-to-watch who will surely continue to inspire and uplift fans for years to come.

We recommend adding Olive Louise’s “Nothing’s The Same” single to your favorite playlist. Also, let us know how you feel in the comment section below. Mel Blanc’s famous catchphrase, “That’s All Folks!” Thanks for reading another great article on Bong Mines Entertainment, and always remember that (P) Positive, (E) Energy, (A) Always, (C) Creates, (E) Elevation (P.E.A.C.E).