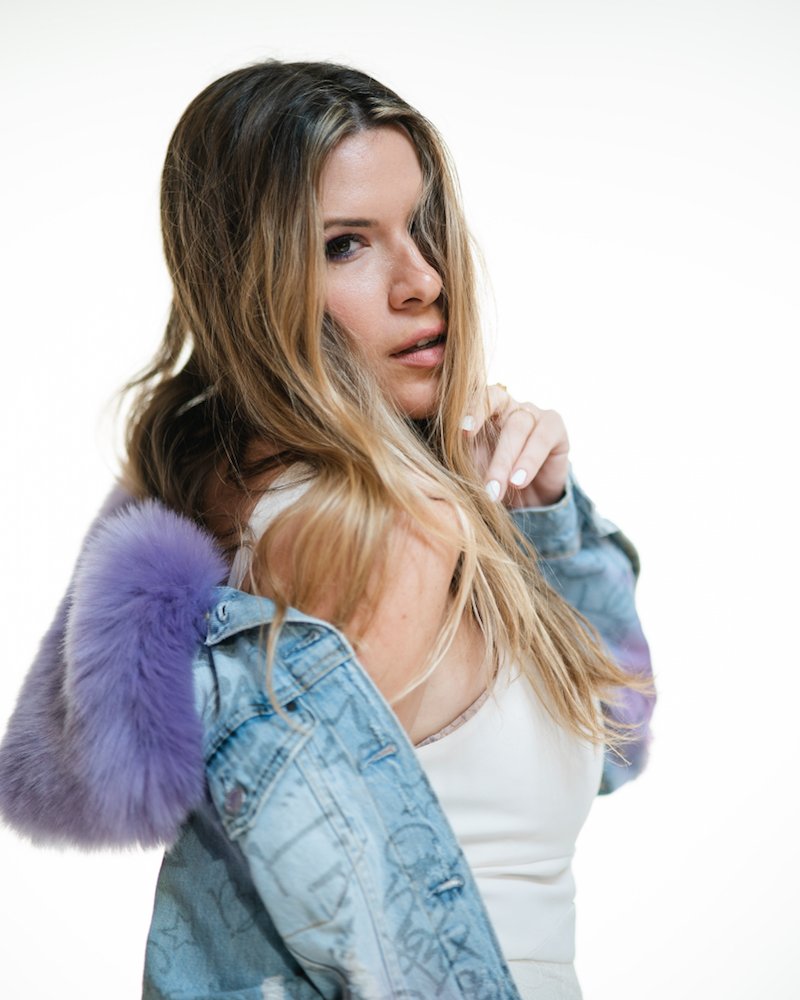 Nafsica releases a lovely music video for her “Lately” single

Nafsica (pronounced “NAF-si-kuh”) is an NYC-based singer-songwriter hailing from Crete, Greece. Not too long ago, she released a lovely music video for her emotive love ballad, entitled, “Lately”, produced by Alvin Anthony and Christine Kern.

“Kissing, sinking deep in alcohol. Wondering, thinking will we lose control? ‘Cause the way you’re looking at me tells me all I need to know. You say, ‘Take my hand and baby we can just go.’ I’ve been thinking ‘bout you lately, I can’t help myself. And I’m thinking that maybe I don’t need no-one else. ‘Cause you and me we could be.” – lyrics

‘Lately’ tells a heartfelt tale of a young woman who spends her sleepless nights thinking about her significant other. Apparently, during those times she feels lonely and finds herself falling deeper in love as the days go by. Consequently, she anticipates the excitement for what is to come. Later, she desires to know if her companion thinks about her in the same adoring way.

‘Lately’ addresses relatable themes such as love, unity, and trusting yourself. The Valentine’s Day tune serves as Nafsica’s most powerful and essential love statement yet, and a fantastic presentation to what listeners can expect to hear on her upcoming EP, which is set to be released late 2020.

“‘Lately’ celebrates the moment of knowing you’ve found someone special; opening your heart in a moment of vulnerability and trust. I was on a second date with my then-soon-to-be boyfriend and we had been drinking. I loved how considerate he was, putting me in a cab to head to my session. Because he knew we had been drinking and didn’t want me walking around or getting on the subway, even though it was late afternoon. I felt butterflies as soon as I saw him, but the tension had been building up for some time. On that date, we kissed and it felt like we had been doing it for years. I went into the vocal booth right after seeing him and just blurted out the whole song in a couple takes. Alvin was playing a beautiful chord progression on the guitar. I closed my eyes and described the feeling I was experiencing at the time.” – Nafsica

“I knew I wanted this to be a stripped-down song to relate to my heart being open again after a long time. This guy was the first to make me feel alive after a long pause in my dating life due to a previous breakup. In that moment, I knew I was alive again. I had healed and regardless of whether he was going to be the one or another one, I was finally ready to be in love again.” – Nafsica

Nafsica released her self-titled album with Universal Greece at the age of nine. Shortly afterward, she moved to New York, where she later attained a theater degree and became a Berklee Songwriting Scholarship winner. So far, she has opened for John Legend, toured with Trans-Siberian Orchestra, and had her Broadway debut starring in “Rocktopia”.

We recommend adding Nafsica’s “Lately” single to your personal playlist. Also, let us know how you feel about it in the comment section below.