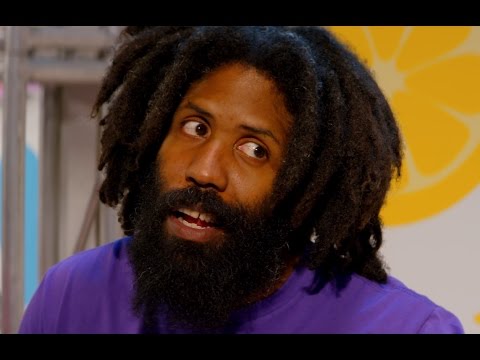 Murs releases a music video for his “Lemon Juice” single

Murs is a rapper from Los Angeles, California. Not too long ago, he released a music video for his “Lemon Juice” single featuring Curtiss King, produced by Seven.

“Now once upon a time when I was lookin’ very fly. I saw a girl almost as dope as me, she caught my eye. But before I could walk over to this girl and say a thing, I was interrupted by this nerd Curtiss King. OK excuse me, pretty lady, don’t want to come at you crazy. But if he gave you his number, I think you need to erase it. Oh no, I’m not a hater like that man is not a shaver. But look at his Instagram, he wearing Adventure Time leggings. Now if Curtiss was a Jedi, his lightsaber would be clear. That means nonexistent like his f**king rap career.” – lyrics

The video shows the artist as a contestant on a dating game show, where the prize is a beautiful woman.

‘Lemon Juice’ is featured on Murs’s “Captain California” album. We recommend adding it to your personal playlist. Also, let us know how you feel about it in the comment section below.