MILCK is an advocate, singer-songwriter, and producer. Not too long ago, she released an appealing music video for her empowering pop tune, entitled, “Power.” The spirited song was co-written by MILCK and co-produced by Stefan Lit (One Direction, Andy Grammer, Galantis, Ben Antelis, Clover, and Lena Leon). Throughout the release of “Power,” MILCK will use her platform to bring awareness to Vital Voices in their work to stand with the women of Ukraine and uplift women leaders in the region.

“What if starting today, every time we look in the mirror, we say hello as if it’s the first time that we’ve met ourselves? What if we offered ourselves kindness and second chances? I decided to stop striving for the external accolades that I thought would give me power. The true accolade is seeing my life as a gift, and honoring who I am now.” – MILCK asked herself

For the video, MILCK asked fans and friends on Instagram, “What words of empowerment would you write on a post-it note for yourself or a loved one?” In return, she received an outpouring of submissions and incorporated them into the set design of the video.

‘Power’ contains ear-pleasing vocals and a self-empowering narrative that exudes confidence and inner strength. The emotional tune possesses piano-laden instrumentation flavored with a warm contemporary pop vibration. Furthermore, “Power” follows MILCK’s inspiring “Steady As We Go” single, which was featured as part of Yes We Did! The Vital Voices of 2021 television special, which aired on OWN: Oprah Winfrey Network. The event shined a necessary spotlight on the critical role women leaders play in creating a more equitable world. Also, Yes We Did! featured Hillary Rodman Clinton, Oprah Winfrey, Amanda Gorman, and many changemakers from around the globe.

NowThis NEXT Presents YES WE DID! The Vital Voices of 2021 (Full Show)

MILCK’s work is featured in the GRAMMY Museum’s new exhibit, Songs of Conscience, Sounds of Freedom alongside H.E.R., Mickey Guyton, Ziggy Marley, Chuck D, and more. The exhibit shines a light on the role music has played in informing and empowering social consciousness throughout American history, and features artifacts from MILCK’s poignant song, “I Belong,” written in support of the AAPI community and #stopasianhate movement. 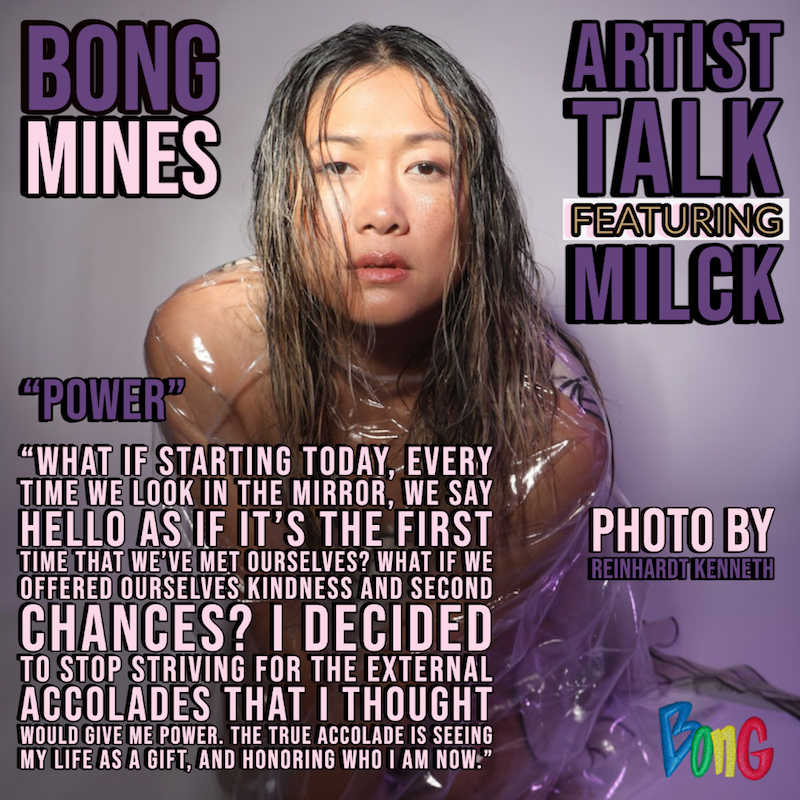 MILCK’s Somebody’s Beloved Fund, which generates resources through song proceeds, will also make a contribution to Vital Voices’ Urgent Assistance Fund and the new Crisis Response Initiative. The Somebody’s Beloved Fund has directly contributed over $86,000 to its ten beneficiary organizations and has helped to facilitate the donation of nearly $100,000 of essential products, pantry items, and PPE including supplies and grant funding generously provided by Procter & Gamble (P&G). In addition to generating resources for the Somebody’s Beloved Fund beneficiaries, MILCK and her team are also raising funds to create, co-create with and invest in artists to produce social justice-focused work. MILCK aims to create individual and collective healing from racial and gender injustice through the power of communal creativity.

We recommend adding MILCK’s “Power” single to your favorite contemporary pop playlist. Also, let us know how you feel about it in the comment section below. Mel Blanc’s famous catchphrase, “That’s All Folks!” Thanks for reading another great article on Bong Mines Entertainment – the hot spot for new music. Always remember that (P) Positive, (E) Energy, (A) Always, (C) Creates, (E) Elevation (P.E.A.C.E). Contact us on social media via Twitter, YouTube, Instagram, or Facebook, and let us know what’s going on. “Disclaimer: This post contains Apple TV and Apple Music affiliate links. When you buy through links on our site, we may earn an affiliate commission.