Mickie James is a 6-time WWE champion/singer-songwriter. Not too long ago, she released a music video for her contemporary-country single, entitled, “Left Right Left”, featuring Ying Yang Twins.

The music video finds James parking her vehicle at a local shopping center. layer, she enters a tattoo parlor and performs her song while getting inked by a tattooed female with two-tone hair.

Also, later in the video, James hooks up with the Ying Yang Twins on a crowded beach at night. It’s going down and they are joined by a heap load of beer-guzzling partygoers. 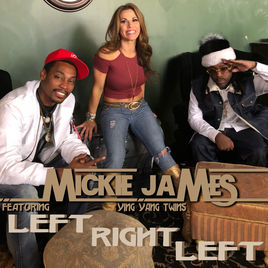 We recommend adding Mickie James’ “Left Right Left” single to your personal playlist. Also, let us know how you feel about it in the comment section below.