Ma$e is a popular rapper from Jacksonville, Florida, but he raised in Harlem, New York. Not too long ago, he released “The Oracle”, a hot song dissing fellow Harlem rapper, Cam’ron.

“You gotta lift up a Tec to get Murda respect. Ni**a are U-N, you dipped on the set. I’m the f*ckin cough in this slime flu. You gone out rhyme who? I’m your prime times 2. Never paid for my mistakes ’cause that’s not what crime do. B*tches f*ck me but that’s what dimes do. Somebody wanna jump in tell ‘em come share. I’m starting to feel like we don’t really compare. I’m the pretty ni**a, wrist litty, sun wear. Diplomat only mean that you ain’t from here. You had a run here but y’all ni**as is done here. All these pretty women and y’all ni**as bringing guns here. Yeah, you way past the gun line. Every time you talk of me you sound like one time. I f*cked the King of rap bitch when I was unsigned. And made the ni**a Diddy sign me off of one line.” – lyrics 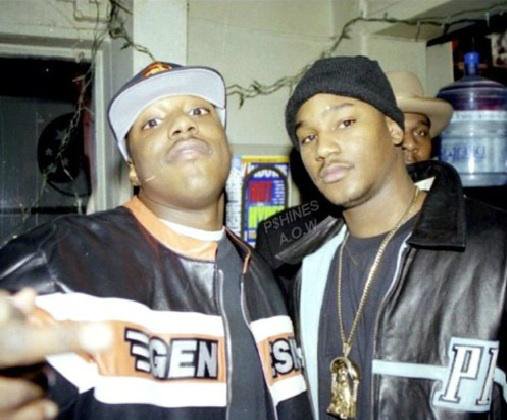 M-A-dollar sign-E and Cam’ron were once good friends. They were both members of the Children of the Corn rap group in Harlem. But over the years, their relationship turned sour.

Not too long ago, Cam reignited their beef on “It’s Killa”, a song from his latest album, entitled, “The Program”.

The verse that reignited the beef

“’97 huh, drugs I moved a big amount. Chick in my crib, I ribs them up to dig it out. Then Ma$e called, said, “Yo, I’m stuck inside some b*tches house”. Her boyfriend at the door, could I hurry up and get him out. Aight, what’s the address? Homie said, “Kingsbridge”. That was great I had some ni**as right on Bainbridge. Yeah, we play but believe it ain’t no game kid. Hopped off the elevator, aimed it at that lame lid. I ain’t give a damn, yeah Cam I was gung-ho. Got this ni**a home and he passed me a hundo ($100 dollars?). Told him straight up I ain’t feeling him. Let me curve this ni**a ‘fore I end up killing him. I would make 80k on a lazy day.”

Then I watched him play Pop Lotti against Baby Maine. At this time, I’m moving heroin in Maryland. They both died and this ni**a turned reverend. Had the hood hot, FBI and agents ’round. We need a referee, sh*t, that sh*t a flagrant foul. F*ck it, kept it moving with my true maneuvers. On the highway ni**a moving that…”

Ma$e eventually caught wind of Cam’s diss. Via Genius, the P Diddy named me pretty emcee explained what happened next.

“It took me about an hour. I went in the studio on Thanksgiving. I went to the parade with my family and I was like, “Nah I can’t.” I don’t know if it was Hello Kitty or Charlie Brown or one of them, I just said, “Nah, he can’t do that.”

“Somebody asked me about it at the parade and I was with my kids, but that’s New York for you. So, I put them on a plane, sent them back home and then was like “Daddy’s gonna handle this.”