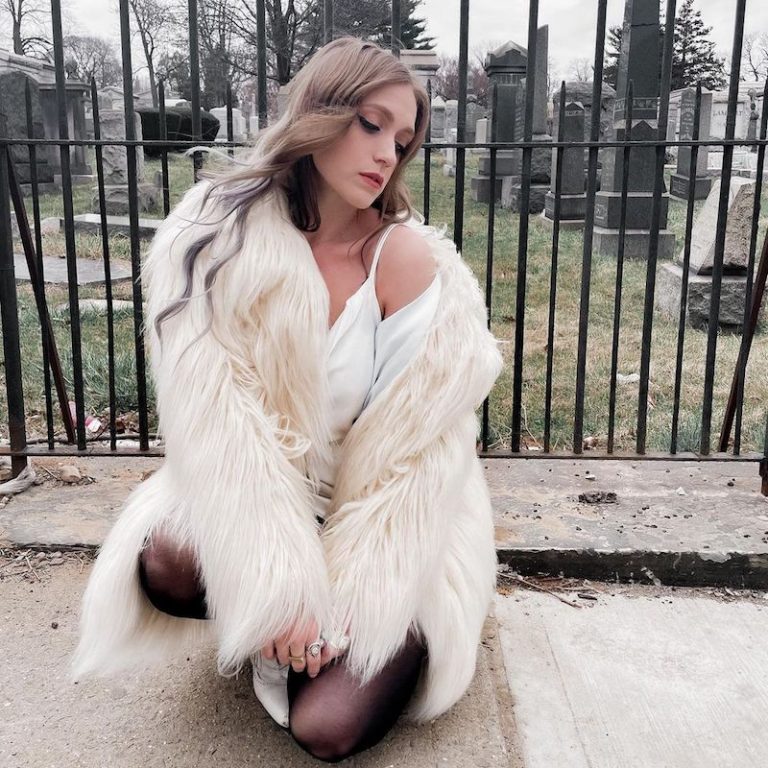 Luxtides is a solo venture of Brooklyn-based singer-songwriter, Danni Bouchard. Not too long ago, she released a dark, brooding alternative tune, entitled, “No Man’s Land,” written with and produced by Dan Edinberg (Juke Ross, Anderson .Paak) in an apartment studio in Brooklyn.

‘No Man’s Land’ is about feeling trapped in that in-between place with the person you love most. As a practicing witch, Luxtides released the song just before Samhain (or Halloween), when the veil between worlds is the thinnest. A nod to the elusive “No Man’s Land,” where so many relationships find themselves in purgatory.

‘No Man’s Land’ contains a relatable narrative, pleasing vocals, and rich harmonies. The likable tune possesses guitar-laden instrumentation flavored with a gloomy alternative vibration. Furthermore, “No Man’s Land” follows Luxtides’s global success as the vocalist on Afrojack’s and David Guetta’s newest single, entitled, “Hero.” The song has amassed over one million streams on Spotify in the first 24 hours after being released. Also, it reached #1 on dance radio in the U.S. and it was performed at the Eurovision 2021 finale.

Danni Bouchard’s last endeavor, Oh Honey (Fueled By Ramen/Atlantic), enjoyed international success as a folk-pop duo. She builds on that momentum with Luxtides, penning darker, dreamier songs that soundtrack her experiences with heartache, mental illness, and letting go. Releasing songs in conjunction with the moon phases, her single, “Fragile,” was featured on Train Tracks via Sirius XM The Pulse. Also, she landed placements on various TV shows including “Insatiable” (Netflix), “The Hills: New Beginnings” (MTV), and “Terrace House” (Netflix).

Luxtides has also begun penning songs for a slew of EDM artists, and she has several features due out in 2022. Luxtides lends her talents as a songwriter, signing a publishing deal with Rough Trade Publishing/Bank Robber Music and co-writing songs for artists like Natasha Bedingfield.

We recommend adding Luxtides’s “No Man’s Land” single to your favorite alternative playlist. Also, let us know how you feel in the comment section below. Mel Blanc’s famous catchphrase, “That’s All Folks!” Thanks for reading another great article on Bong Mines Entertainment – the hot spot for new music. Furthermore, always remember that (P) Positive, (E) Energy, (A) Always, (C) Creates, (E) Elevation (P.E.A.C.E).