Lila Drew is a London-born singer-songwriter raised in southern California. Majid Jordan is a musical duo based in Toronto, Canada. Not too long ago, Lila enlisted Majid Jordan for not one, but two remixes of her previously released single, “2023.”

“I’m so pumped about these 2023 remixes that Majid Jordan did — they really put a different spin on the song in a way that I could never have imagined when making the song. I don’t typically gravitate towards electronic sounds when writing, and it’s so awesome to hear 2023 taken in that direction. Each remix is quite different, but they’re both 2023 reimagined by a duo I’ve been listening to for so long. And Majid Jordan has made the song into something I’d love to dance to, and I know other people will want to dance to it as well.” – Lila Drew explained

The second remix, “2023 Majid Jordan VIP Mix,” takes listeners on a wild journey delivering an emotive and dancefloor energetic track, perfect for the height of the summer season. Both remixes maintain Lila’s Drew’s introspective intent from the original track, as her elegant vocals glide perfectly on top of dynamic melodies. Also, both remixes are featured on her “Majid Jordan Remixes” project.

Released in October 2021, the original version of “2023” has amassed over 1.5M streams and continues to grow. When penning the track, Lila Drew dived into her anxieties about growing up.

“It’s about that deep frustration that comes with feeling like you’ll never change – that the things that you hate that you do will continuously be repeated throughout your life, and that fear will always get in the way. It’s about being trapped in your kitchen and paralyzed by the anxiety of growing up and the strange, dark humor in that. That’s something I think of all the time. It’s funny because we’re so much closer to 2023 now compared to when I wrote the track.” – Lila Drew explained

Lila Drew grew up immersed in her parent’s diverse record collection. During that time, she took piano lessons, taught herself how to play guitar, and recorded herself using GarageBand. At 17, she released her first studio single, “Faded/2am,” featuring Goldlink. Two years later, she released her first EP, “locket (side one).” Now at 21 years old, Lila has earned over 42M global streams along with widespread acclaim from major publications and media outlets.

This year is shaping up to be a big one for Lila’s flourishing career. Impressing crowds with her angelic yet powerful vocals, the young talent just finished up her first European tour supporting the UK duo, Oh Wonder. Also, she played a sold-out headlining slot at London’s Folklore Hoxton on July 20, 2022. 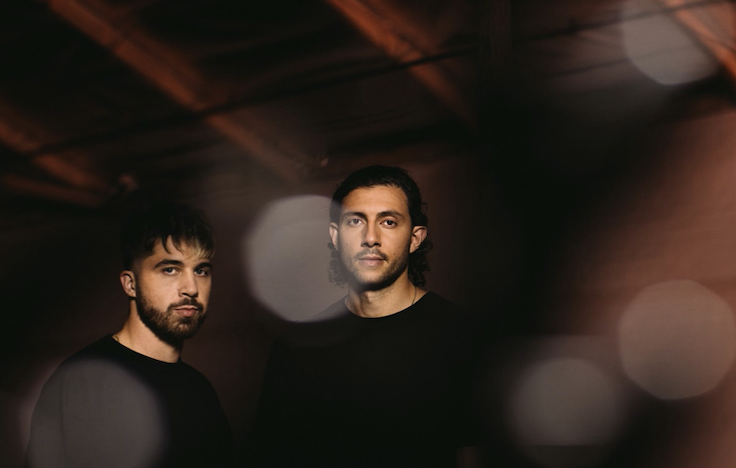 As well as producing multiple studio albums independently, Majid Jordan has worked on hit records with some of the biggest artists in the world, including Drake, PARTYNEXTDOOR, and Khalid. They have solidified themselves as a standout duo, writing and producing at the highest tier of the R&B and Dance worlds. Their “2023” remixes are a triumphant package of summer anthems, propelling Lila Drew’s signature sound to new heights.

We recommend adding Lila Drew’s “2023” remixes to your favorite electro-dance playlist. Also, let us know how you feel in the comment section below. Mel Blanc’s famous catchphrase, That’s All Folks! Thanks for reading another great article on Bong Mines Entertainment – the hot spot for new music. Always remember that (P) Positive, (E) Energy, (A) Always, (C) Creates, (E) Elevation (P.E.A.C.E). Contact us on social media via Twitter, YouTube, Instagram, or Facebook, and let us know what’s going on. “Disclaimer: This post contains Apple TV and Apple Music affiliate links. We may earn an affiliate commission when you buy through links on our site.