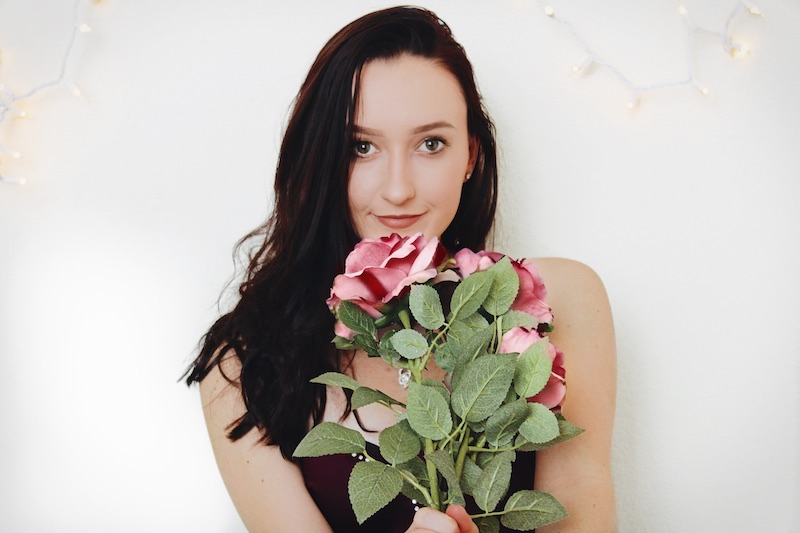 Lexi Scatena is a 20-year-old singer-songwriter based in Reno, Nevada. Not too long ago, she released a lovely debut single, entitled, “Hopeless Romantics”, produced by Toronto-based producer Vibeslow.

“‘Hopeless Romantics’ focuses on the naive, ‘honeymoon phase’ of love. Also, it brings back the sultry sound of old-school R&B while maintaining mainstream appeal. I wrote the song after traveling to New York for the first time with my boyfriend. Not only did I fall in love with the city, but I also fell in love with my boyfriend all over again. Literally, each word in the song was a part of the internal monologue I had while exploring the city.” – Lexi Scatena

‘Hopeless Romantics’ tells a passionate tale of a young woman who is head-over-heels in love with her significant other. Apparently, she wants to stay in her partner’s arms till death do them part.

Later, she admits that Cupid should get a raise for bringing them together, not only for this moment but for eternity.

“‘Hopeless Romantics’ is a dive into a sound that I never knew I was capable of doing, but always loved. Working with Vibeslow really opened my eyes to a genre that embodied everything I admire musically. With modern music focusing heavily on hip-hop-infused R&B, I wanted to do something different and incorporate old school RnB into my music, but with my own personal touch. I think that the current music industry is lacking valuable elements of old-school R&B, and I’m hoping to help bring those back.” – Lexi Scatena

During the day, Lexi Scatena is an ordinary college student, pursuing a bachelor’s degree in Journalism and Spanish at the University of Nevada, Reno.

At night, she’s serenading fans at live shows, posting covers of her favorite artists, and preparing for upcoming, original releases.

We recommend adding Lexi Scatena’s “Hopeless Romantics” single to your personal playlist. Also, let us know how you feel about it in the comment section below.