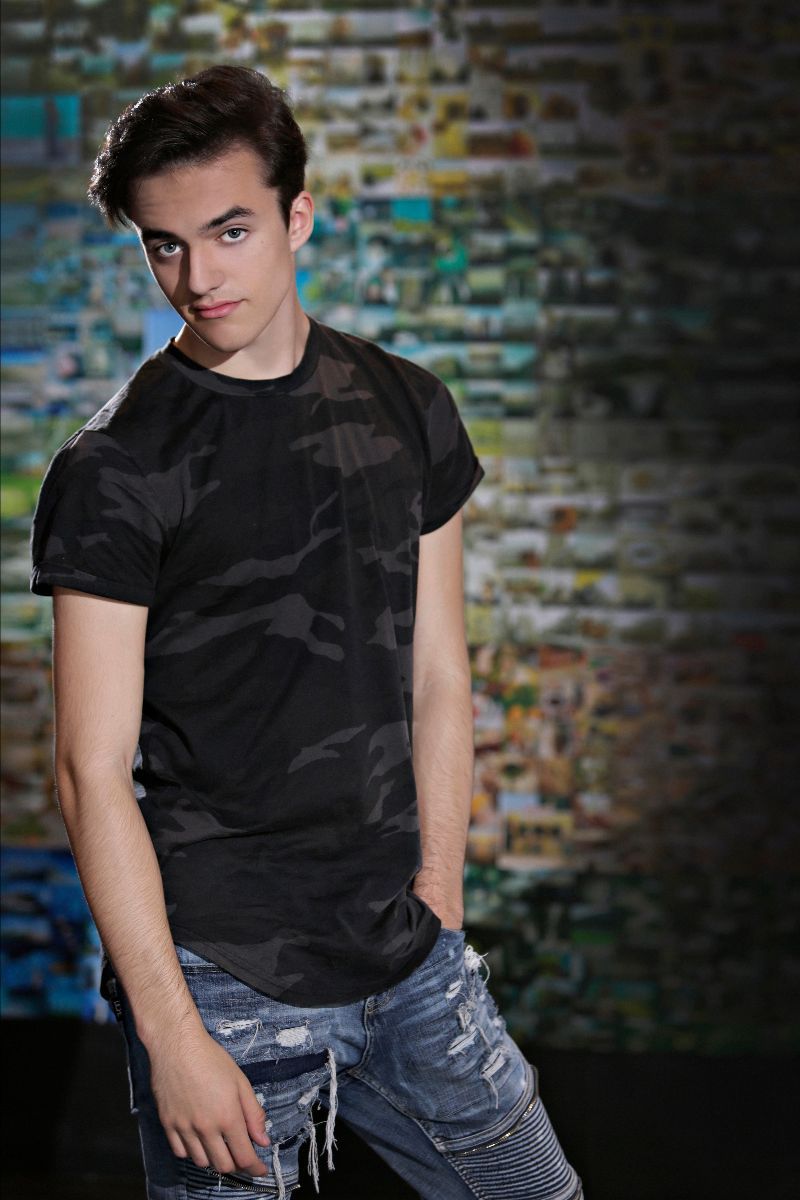 Kyle Meagher is a singer-songwriter, musician, and actor from Canada. Not too long ago, he released an entertaining music video for his “Game for 2” single.

“You’re a 10, he’s a 5.2. You wanna go out but you’re in your room. You’re waiting on a call. He don’t think about you at all. And he should take you out, should show you off. Could be running this town, you still don’t get it so let me spell it out. Your boyfriend’s playing Fortnight. How’d he ever take his eyes off you? If I had you, for just one night, oh, we could play a game for 2.” — lyrics

The Nuge-directed audiovisual, embedded with fun stunts, special effects, and computer-generated images, was filmed in Indiana.

The storyline, inspired by the rise of technology and its impact on social relationships, finds Kyle Meagher (and his love interest) inside a Fortnite game. Apparently, she has a boyfriend (a gamer), who is more focused on playing a video game than spending quality time with her.

“Being a teen who enjoys video games, I thought the idea of incorporating CGI into this music video to make it feel like you were in a Fortnite game would be a cool concept. From filming in front of a green screen to running around rural Indiana and doing my own stunts, it was an incredibly fun experience. I truly believe the director (Nuge) made my ideas come to life.” – Kyle Meagher

Kyle Meagher is a name you should remember. With each release, he continues to establish himself as an exciting new artist to watch.

So far, he has opened for Austin Mahone, Mike Posner, Why Don’t We, Madison Beer, Bryce Vine, and NF.

His “Game for 2” single reminds listeners not to take their relationships for granted. Also, it encourages them to include their significant others in their hobbies.

We recommend adding Kyle Meagher’s “Game for 2” single to your personal playlist. Also, let us know how you feel about it in the comment section below.