Khazali is a rising pop artist from the United Kingdom. Not too long ago, he released a sensational disco-pop single, entitled, “HIGH HOPES,” via Kistune Musique.

“I’m so proud to share this absolute summer anthem with the world. ‘HIGH HOPES’ is about as feel-good as a song can get. My heart literally races every time I listen to it. It’s a bright and colorful tune that I wrote about letting go of what you need to let go of to become who you’re meant to be. And the doubts that naturally come when you’re stepping into a new world.” – Khazali explained

‘HIGH HOPES’ contains a relatable narrative and ear-pleasing vocals that will resonate well with fans of Emotional Oranges, Sampha, and Blood Orange. The uplifting tune possesses guitar riffs, sun-kissed synths, and sleek electronic-laden instrumentation flavored with a funky disco-pop vibration. Furthermore, “HIGH HOPES” is a bit of a change in direction from Khazali’s excellent EP, “The Rush,” which has a more relaxed sound.

Khazali has created a brand of pop that spans melancholy, euphoria, and dreaminess, not unlike the instantly relatable sounds of Arlo Parks, Dua Lipa, and Alfie Templeman, with an indie edge reminiscent of The xx and Metronomy. His debut EP, “Going Home, Vol. 1,” was released in April 2021 via Kitsuné Musique. The EP aroused a keen curiosity from a breadth of tastemakers, landing Khazali coveted spots on Awkwafina’s TV show, Awkwafina is Nora from Queens, Spotify’s top-tier playlists such as Chill Dance, Alt R&B, Alt-Pop, and Ibiza Sunset. Also, the project contains consistent support from BBCRadio 1, 1xtra, and was selected for BBC Introducing’s “Hot List.” In January 2022, Khazali followed the footsteps of Griff, PinkPanthress, and Joy Crookes when it was announced that Spotify would be championing the artist as part of their RADAR program. 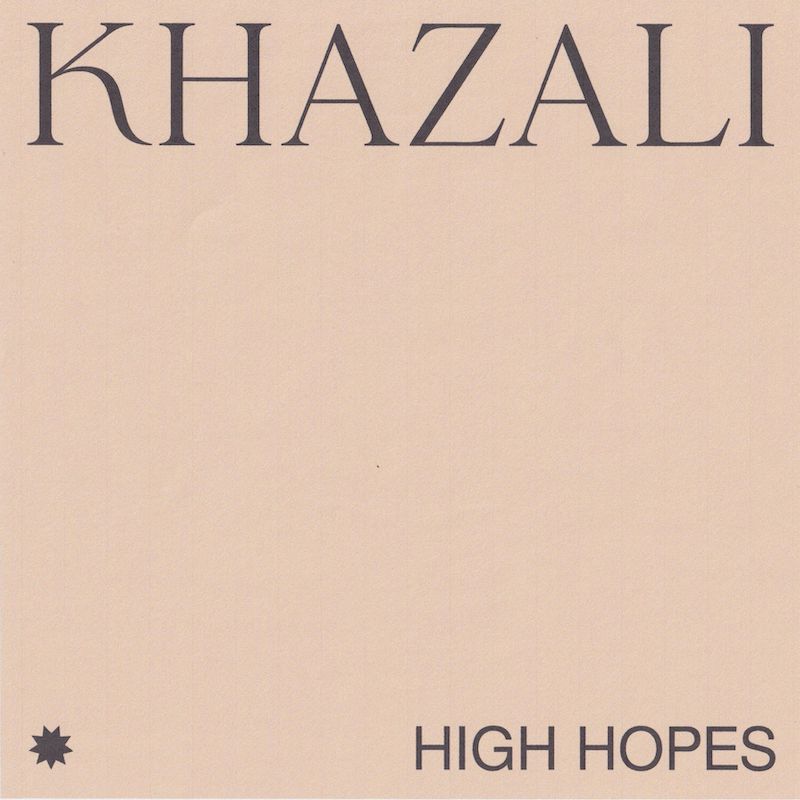 We recommend adding Khazali’s “HIGH HOPES” single to your favorite disco-pop playlist. Also, let us know how you feel in the comment section below. Mel Blanc’s famous catchphrase, That’s All Folks! Thanks for reading another great article on Bong Mines Entertainment – the hot spot for new music. Always remember that (P) Positive, (E) Energy, (A) Always, (C) Creates, (E) Elevation (P.E.A.C.E). Contact us on social media via Twitter, YouTube, Instagram, or Facebook, and let us know what’s going on. “Disclaimer: This post contains Apple TV and Apple Music affiliate links. We may earn an affiliate commission when you buy through links on our site.