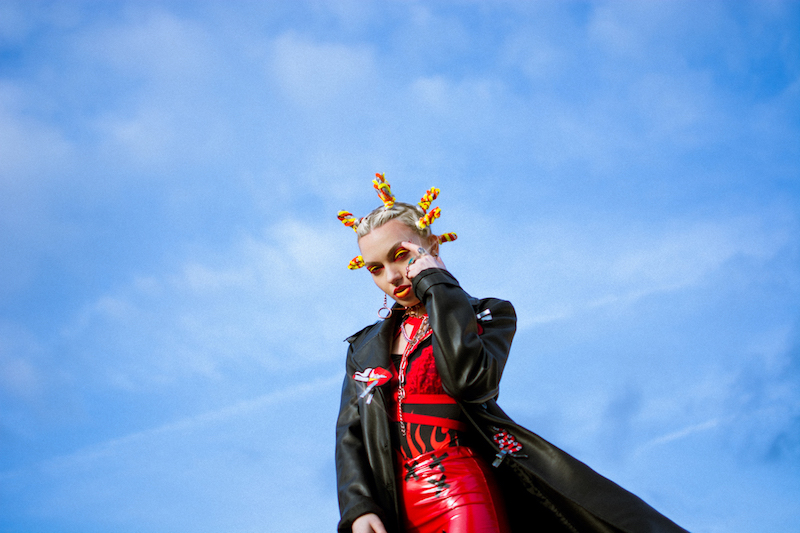 July Jones is a singer-songwriter, style influencer, and sought after performer based in London, England. Not too long ago, she released a bold pop tune, entitled, “Liar Liar”.

“I think most of us, including myself, are trying to portray that our lives are so much better on the internet and, when you compare your life with someone’s online profile, it brings you down.” – July Jones

For any artist, the industry can sometimes feel a-wash with people selling dreams.

‘Liar Liar’ outlines some of its pitfalls in a somewhat cautionary tale. Also, it links this feeling to social media, where lifestyles are often exaggerated to unrealistic standards.

“I love being artistic online. But I wish we could be more transparent with each other, reflecting out real emotions and real experiences, anxiety, depression, etc. It would mean so much more than just a selfie on someone’s social media profile.” – July Jones

July Jones is a champion of all things LGBTQ+ and a fiercely independent artist with a rebellious streak.

She aims to empower young women through her music and has talked openly about mental health issues in the past.

With this in mind, she wants to use “Liar Liar” to send a message of how people should be more cautious about how they treat others. Also, how certain actions might have a negative effect on someone’s mental health.

July Jones is a name you should remember. Her “Liar Liar” single provides a fuller picture of who she is as an artist.

We recommended adding July Jones’ “Liar Liar” single to your personal playlist. Also, let us know how you feel about it in the comment section below.