Jamie Miller is a meteorically rising singer-songwriter from Wales. Not too long ago, he released a lovely music video for his “I Lost Myself In Loving You” single via Atlantic Records/Geaux Uptown Records. The song, Miller’s most heartfelt and personal song to date, was written by Miller alongside Sierra Deaton (5 Seconds of Summer) and GRAMMY-nominated, Jon Hume (Bebe Rexha, Dean Lewis, JP Cooper).

Jamie Miller – “I Lost Myself In Loving You” video

“They say time is always meant to heal the fall. Tell me why it doesn’t seem to help at all? You’re ok, I’m here trying to pick the pieces up of the old me. Before you said that I’m not enough. I’m trying to find the heart I lost. I’m trying to be who I once was. Missing parts of me – all because I lost myself in loving you. Became someone else I never knew. I was there when you needed saving but you wouldn’t do the same thing.” – lyrics

‘I Lost Myself In Loving You’ tells a heartfelt tale about a young guy who is trying to find himself after experiencing the tribulations of blind love. Apparently, he’s unhappy, heartbroken, and struggling to be the man he once was. Later, he tells his former partner, “It’s sad, you ruined all my favorite things to do. Looking back, the only thing I’d change is you.”

“I lost myself in loving you, became someone else I never knew.”

“I wrote this song after falling completely in love with the wrong person. After coming out as bisexual last year, I found myself in love with a guy for the first time and was completely blinded by my emotions. Although our time together left me deceived and heartbroken, I hope this song can help mend a few broken hearts.” – Jamie Miller explained

‘I Lost Myself In Loving You’ contains a post-relationship-based narrative, soaring vocals, and tuneful melodies that will resonate well with fans of Sam Smith and Lewis Capaldi. The candid tune possesses piano-laden instrumentation bursting with commercial and contemporary pop elements. Furthermore, “I Lost Myself In Loving You” arrives on the heels of “Wishes,” a stunning ballad recorded for the soundtrack of the hit Korean TV drama series, Snowdrop.

‘Snowdrop’ airs globally on Disney+ and stars Jisoo of BLACKPINK. In just a week, the track has amassed over four million streams and nearly three million video views worldwide.

2021 saw Jamie Miller make a splash with his viral single, “Here’s Your Perfect,” which spent a lengthy 13 weeks on Billboard’s Global Ex-US chart. A breakout hit, the track has amassed over 338 million global streams to date and over 135 million combined video views.

Jamie Miller cites early musical inspiration from gospel, R&B, and soul classics fostered by his parents (including the catalogs of Donny Hathaway and Michael Jackson). Later, he discovered and honed his voice to modern talents such as Bruno Mars, Sam Smith, and Lewis Capaldi.

Initially timid in nature, Miller shied away publicly from his natural talent until the age of 18. During that time, he mustered up the courage to relocate to London and appear for the first time on UK broadcast television in 2017. In the years that followed, he eventually migrated to Los Angeles to craft his own original music while simultaneously amassing an explosive online following thanks to ongoing displays of his jaw-dropping vocal talent. Also, he captured the attention of today’s top musicians and his own personal idols including Kelly Clarkson, P!nk, Sam Smith, and Jennifer Hudson.

“I Lost Myself In Loving You” single 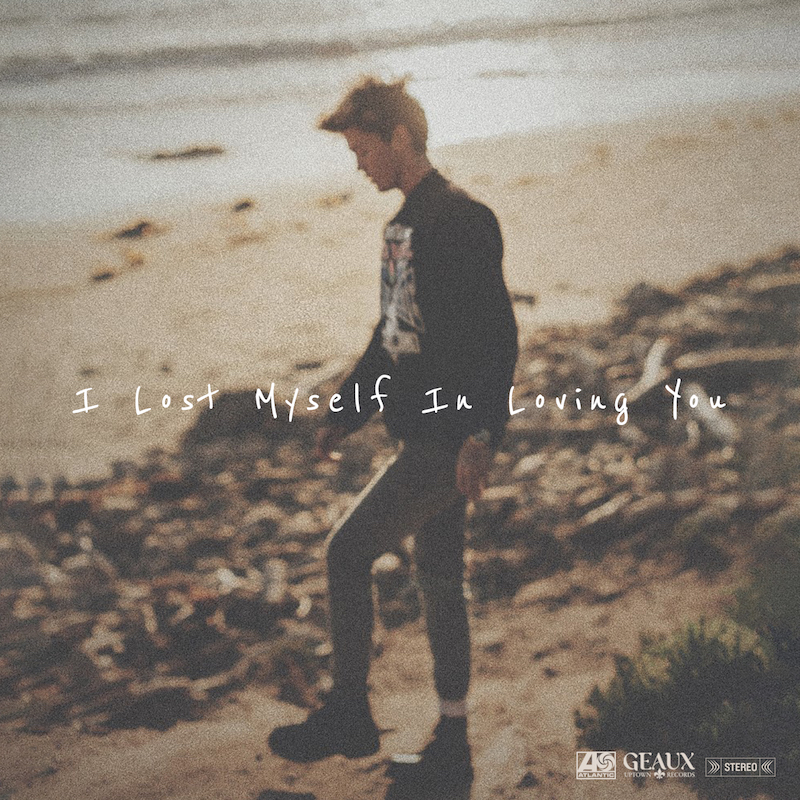 We recommend adding Jamie Miller’s “I Lost Myself In Loving You” single to your favorite contemporary pop playlist. Also, let us know how you feel about it in the comment section below. Mel Blanc’s famous catchphrase, “That’s All Folks!” Thanks for reading another great article on Bong Mines Entertainment – the hot spot for new music. Furthermore, always remember that (P) Positive, (E) Energy, (A) Always, (C) Creates, (E) Elevation (P.E.A.C.E).