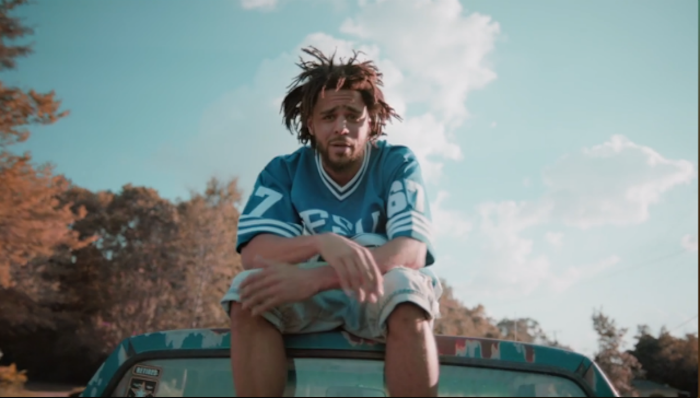 J. Cole is a talented emcee from Fayetteville, North Carolina. Not too long ago, he released a dope single, entitled, “False Prophets“.

“He want the fame, the acclaim, the respect that’s been had. By all the legends, so every time I see him, he stressin’. Talkin’ ’bout, ni^^as don’t f*ck with him, this sh*t is depressin’. And I know he so bitter he can’t see his own blessings. Goddamn, ni^^a, you too blind to see you got fans, ni^^a. And a platform to make a classic rap song. To change a ni^^a’s life, but you too anxious livin’ life. Always worried ’bout the critics who ain’t ever f*ckin’ did it. I write what’s in my heart, don’t give a f*ck who f*ckin’ with it.” – lyrics

Critics and fans are alleging that J. Cole is rapping about Kanye West and Wale being false prophets. But, throughout the song, he never mentions their names.

The music video shows J. Cole riding a bus through a metropolitan city area. Also, the following scenes show him standing in front of a grocery store. The low-budget style visuals are reminiscent of a hip-hop video during the golden era.