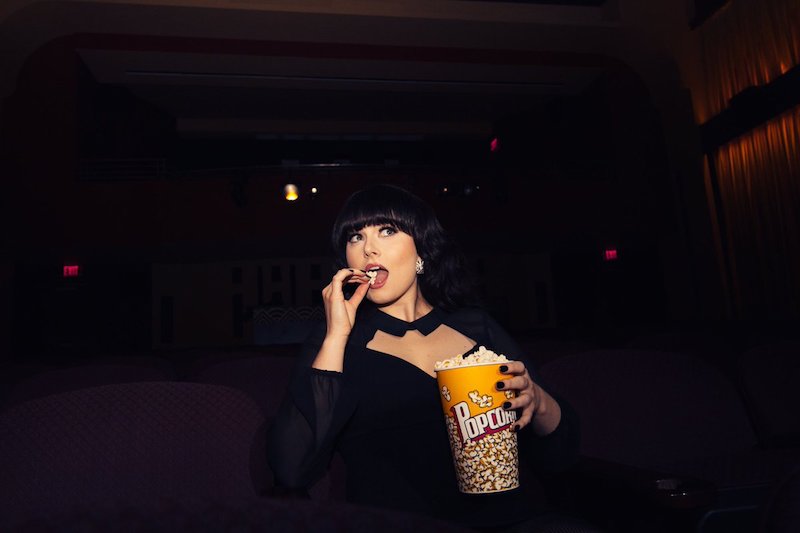 Ivory Layne is a singer-songwriter and producer based in Nashville, Tennessee. Not too long ago, she released an adoring pop tune, entitled, “Boy Loves Me”.

‘Boy Loves Me’ tells a dreamy tale of a young woman who is undeniably a hopeful romantic. Apparently, she’s independent and doesn’t need anything or anyone because she isn’t a needy person.

Actually, she’s privileged, strong, and charismatic. But what she loves the most about falling in love with someone new is when the guy she desires to be with cherishes her in return.

‘Boy Loves Me’ contains a relatable storyline, lovely pop vocals, and lush instrumentation produced in London by Liam Howe & Ivory. Also, the bubbly singer, who is labeled a younger version of Adele, penned the evergreen tune all by herself.

“I wrote ‘Boy Loves Me’ as a feminist love song. A piece where I could express the sensation of being a hopeful romantic without sacrificing my strength or independence as a woman. This song is truly my 🖤. So sharing it with you makes it all that more special. I hope you’re reminded of your individual strength, magic, and worth. Plus, the thrill of celebrating love when it finds you.” – Ivory Layne

Ivory Layne is just the girl next door who sings her heart out in every song. She started taking songwriting seriously at the age of fourteen and later taught herself music production.

In 2011, her creative work caught the attention of Grammy award-winning producer Ed Cash. In little to no time, they started writing and producing songs together. In 2013,  they released Layne’s debut EP, entitled, “Volume One”.

But Layne’s music career skyrocketed after she relocated from her hometown of Denver, NC, to Nashville, TN. Shortly after arriving in Music City, she signed a publishing deal with LBK Entertainment and started writing songs with top names in Nashville including Jimmy Robbins, Shane McAnally, and Lori McKenna.

Layne’s sharpness in the writer’s room landed her two global ad campaigns featuring her second EP’s title track, “Something’s Gonna Happen”. Also, she received the opportunities to collaborate with artists such as Andrew McMahon in The Wilderness (Zombies On Broadway).

Since signing, she has been hard at work crafting her next project in the studio and writer’s room. Her musical influences include Peter Gabriel, Annie Lennox, Coldplay, and Imogen Heap.

We recommend adding Ivory Layne’s “Boy Loves Me” single to your personal playlist. Also, let us know how you feel about it in the comment section below.