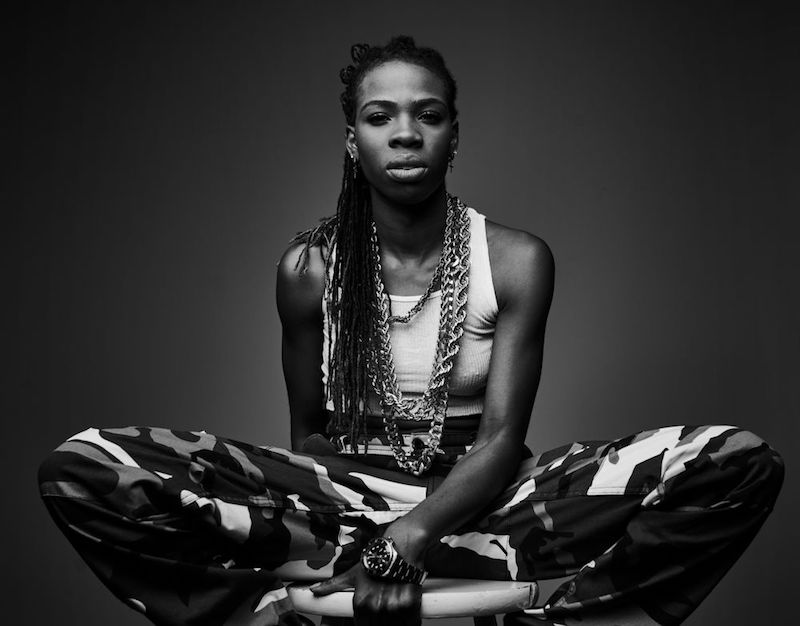 Haviah Mighty is a writer and hip-hop artist from Brampton, a Canadian city in Ontario’s Greater Toronto Area. She was heavily influenced by the music that was popular when she was growing up.

She listened to mainstream 2000s’ hip-hop as well as old school R&B, and these influences are present in her work.

A Rap Game Vet from Brampton

Though only recently signing to a major record label, Haviah Mighty is a vet in her city. She dropped her first full-length project at the young age of seventeen-years-old.

Shortly afterward, she gained the industry’s attention when she featured on the team backpack cypher with Keisha Freshh, Lex Leosis, and phoenix Pagliacci, whom she went on to form the Toronto rap group “The Sorority” with.

Even early on in her career, you could see the potential she had to expand as an artist. She has the kind of raspy and infectious voice that soothes your ears just by the way she says words.

Also, she has a great singing voice as well, and coupled with her writing ability she is able to explore many different sounds and styles.

In May of 2019, Haviah Mighty released her first studio album, entitled, “13th Floor”, and it truly showcases her potential being realized.

With a healthy blend of radio worthy singles and deep soulful tracks with serious commentary, “13th Floor” has something for everybody.

Club bangers like “Vamonos”, “Wishy Washy” (feat. Omega Mighty)”, and “You Don’t Love Me” are interspersed between inspiring tracks like “Thirteen” and “In Women Colour”.

On the whole, “13th Floor” is a clean first drop. Also, I think it foreshadows a lengthy career in the industry when she hooks up with the right team.

An artist’s power and obligation

In my opinion, this is one of the unique powers that an artist possess. They have one or two tracks that blow up in the club and that helps bring attention to their album.

But when you dig through the whole project, you’ll see the artist’s entire creative expression of their life perspective.

I respect Haviah Mighty’s new project a lot because she realizes this power and therefore her obligation to say something. Mark my words, Haviah is on the verge of something great.

If I had to quantify the album, “13th Floor” was a 7/10 for me. After a few listens, I could see giving it a higher score depending on your music taste or maybe if you grew up in Canada or near Brampton.

With all that said, I look forward to seeing Haviah Mighty’s career takeoff.

I see her having Nicki Minaj’s level of versatility with the potential to take over the airwaves. Also, she has the bars and depth to infiltrate real hip-hop heads’ playlists as well.

For this reason, I think Haviah Mighty is on her way to a long and successful career in the music industry and look forward to seeing what she will choose to do with her platform and power.

We recommend adding Haviah Mighty’s “13th Floor” album to your personal playlist. Also, let us know how you feel about it in the comment section below.