How did Groover start?

Groover was started by Romain Palmieri, Dorian Perron, and Rafael Cohen. They met at UC Berkeley, where they developed the idea of an online platform to connect artists with media and music professionals in the U.S. and Europe. Currently, Groover is composed of over 20 people based in Paris and New York City. Also, they have more than 10 country ambassadors all around the world.

How does it work?

Artists (or their representatives) can create an account on Groover. Then they can add the tracks they would like to promote and choose which curator or music professional they would like to submit their music to. If the curator doesn’t provide feedback within seven days, the artist gets their credits back. They can use their returned credits to submit their track to someone else.

Groover, made by musicians for musicians, has a 90% reply rate. Therefore, artists can rest assured that their music will be listened to. And possibly be added to a playlist, secure a feature on a blog, or receive quality feedback. Also, Groover is organizing frequent workshops to introduce new users to their platform by giving them tips.

Who uses Groover and what curators and pros are on the platform?

Over 70,000 artists from North America, Europe, and Brazil currently use Groover to promote their music. Also, 1,500 curators and pros have provided over one million feedbacks to artists on the platform. 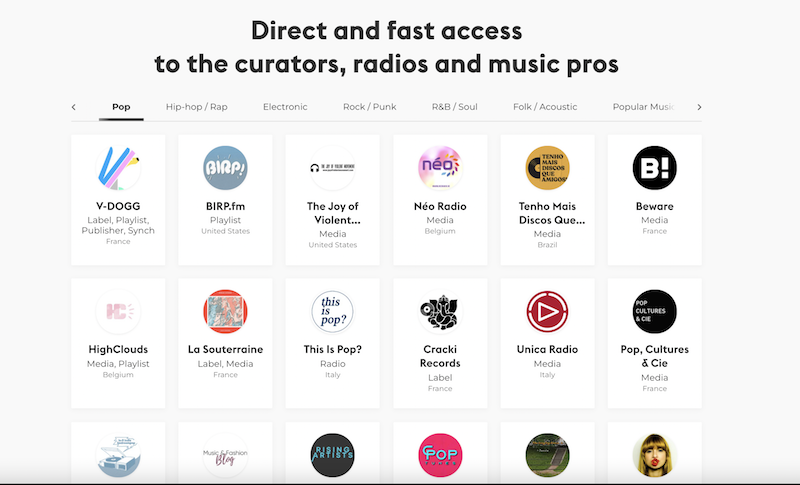 What budget should an artist invest in their Groover campaign?

We have found that the most successful campaigns on the platform include more than 50 contacts (study available here). Groover has set up special packs with discounts called, Grooviz, which artists can choose to optimize their budget. To determine what works best for you, here’s an article on the blog that describes each option in detail.

Why should an artist use Groover?

Over one million feedbacks have been provided on Groover with an average 20% approval rate (meaning around 200k shares!). Also, the platform has generated at least 500 signatures with record labels, publishers, and managers.

On top of that, the music curators and pros are based in different countries, with strong communities in France, Brazil, Italy, Canada, Mexico, and the U.K. The community of US-based curators is also growing. Therefore, Groover is a great way to try out new markets for your music!

What makes Groover stand out?

Groover connects artists with the best media outlets, record labels, and radio stations. Also, they provide artists with the opportunity to network within the music industry. There are a bunch of success stories up on the Groover Blog, where artists have secured amazing press publications, got signed, or secured management.

Another unique feature is Groover Obsessions, which launched in 2021. Groover Obsessions is an accelerator program for the most promising independent artists on the platform. This program is built to support artists’ careers and help them to monetize their projects. 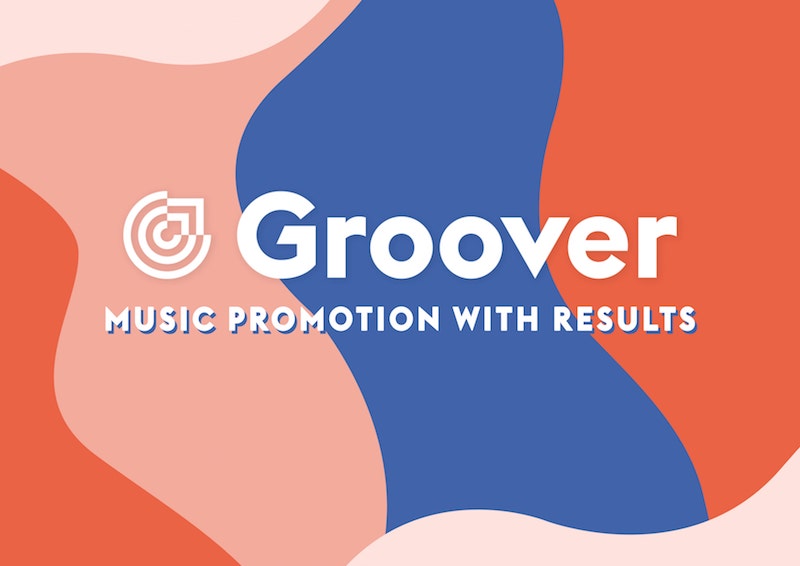 Want to try Groover out?

Sign up today and enjoy a special 10% discount over your first campaign with this special code: BONGMINESVIPGROOVER (here’s how to apply it). Also, let us know how you feel in the comment section below. Mel Blanc’s famous catchphrase, “That’s All Folks!” Thanks for reading another great article on Bong Mines Entertainment – the hot spot for new music. Furthermore, always remember that (P) Positive, (E) Energy, (A) Always, (C) Creates, (E) Elevation (P.E.A.C.E).