Garth. releases a memorable performance video for his “Wild” single, recorded LIVE at The Sultan Room in Brooklyn

Garth. is a D.C.-raised singer-songwriter, producer, and multi-instrumentalist based in New York City. Not too long ago, he released a memorable performance video for his “Wild” single, recorded LIVE at The Sultan Room in Brooklyn. The song is featured on Garth.’s 13-track, live visual album, entitled, “Live, in Color.”

“There’s no substitute for the dynamic energy of live shows. But having to cancel tour dates throughout 2020/2021 really reminded me that performing for real people in real-time is a gift. Seeing loved ones in person, in ANY capacity, is a gift. My entire team of musicians and production legends was insistent on not being idle during the pandemic. And truthfully, as the self-proclaimed king of harnessing Virgo energy, I always have a scheme in my head to put people to work. Initially, the plan was to capture some of the new material for social media, but then that little voice in my head whispered, “do the absolute most that no one asked for,” and the next thing I knew we had five cameras and all manner of microphones in place to get everything recorded. I’m so thankful we did.” – Garth. explained

How does an artist return from a 20-month pandemic-induced break from performing? How do you pick up where you left off when so much has happened to the artist and fans during the time off the stage? Well, Garth. has supplied the perfect answer to those questions.

“I’m so thankful that our friends and fans were willing to share this moment with us. I’m grateful Sultan Room was able to accommodate the show and our over-the-top production rigs as well. We debuted new material, caught all the audience whoops and hollers on tape, and now, for any loved ones who couldn’t make it, or for folks who want to dive into what the Garth. vibe is all about. We’ll have this forever, or as long as the internet is still running.” – Garth. explained

‘Live, in Color’ marks Garth. and company’s triumphant return to the stage. As expected, the show was a cathartic celebration of music and life. Also, it was their first full-band show since January of 2020.

With over three million streams on Spotify, Garth. broke onto the scene in 2018 with his debut EP, Human Nature, and quickly established himself as equal parts visual artist and sharp live performer. The success of Human Nature led to a Deluxe release on the Japanese indie label, Sweet Soul Records. Garth.’s most recent studio project, “Our Father,” runs the full sonic gambit from deep soul grooves to ‘80s-r&b-surf rock. 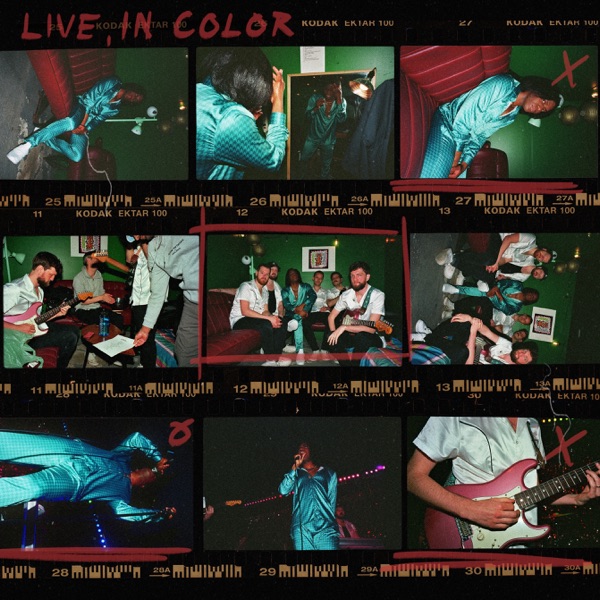 We recommend adding Garth.’s “Wild” single to your favorite retro-soul playlist. Also, let us know how you feel in the comment section below. Mel Blanc’s famous catchphrase, That’s All Folks! Thanks for reading another great article on Bong Mines Entertainment – the hot spot for new music. Always remember that (P) Positive, (E) Energy, (A) Always, (C) Creates, (E) Elevation (P.E.A.C.E). Contact us on social media via Twitter, YouTube, Instagram, or Facebook, and let us know what’s going on. “Disclaimer: This post contains Apple TV and Apple Music affiliate links. When you buy through links on our site, we may earn an affiliate commission.