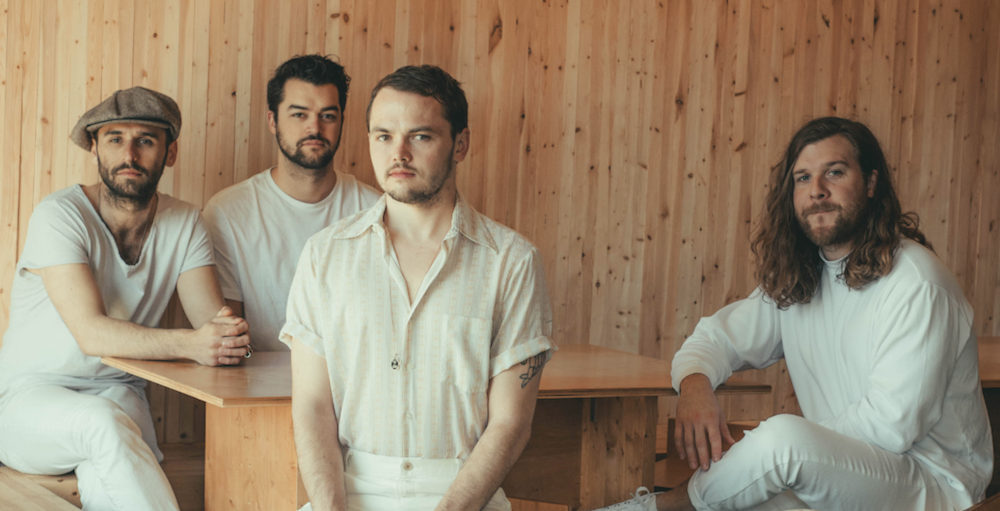 Future Thieves is an alternative/indie-rock band out of Nashville, Tennessee. Not too long ago, they released “Dark Spin”, an enjoyable single from their upcoming self-titled album.

Not too long ago, the band did an in-bus performance of “Dark Spin” for Project 615’s Bus Sessions: Episode 23.

The clip shows the band members performing inside a grey, old-school Volkswagen bus. Also, they are performing while the vehicle is moving through a city area.

“It’s an album that’s ultimately about connection in an increasingly disconnected world. Also, it’s about the lessons and the moments we can share that no machine can ever replicate.”

The album was recorded primarily at El Paso’s famed Sonic Ranch with producer and longtime collaborator Alex Jarvis. Also, the band’s upcoming album is expected to be released on September 7, 2018.

Future Thieves was formed in late 2013 after a timely split between former bands. Collett enlisted Gibson and Goss to play along with recordings done in Los Angeles. Shortly afterward, McCool joined, and they started writing, recording, and touring the United States in 2014. Also, in 2015, they released their debut LP, entitled, “Horizon Line”.