Fly By Midnight is a New York-born, LA-based indie-pop duo. Not too long ago, they released a music video for their “Lost Without You” single featuring singer-songwriter Clara Mae.

“I haven’t been alone since I was 18. Now there’s another body where you used to be. It’s not you, oh, he’s not you. I miss you and it hurts. I’m sleeping in your shirts. But seeing you would make it worse. I feel you on my skin, a part of me again. I never stopped listening when you said, ‘Can we skip the part when we say bye-bye? Can we still talk on the phone sometimes?'” – lyrics

‘Lost Without You’ tells a heartfelt tale of two individuals who have grown apart. But now, they desire to be connected once again. The adorable tune contains a relatable narrative, pleasing vocals, and tuneful melodies. Also, the song possesses vibrant instrumentation flavored with a commercial pop aroma. Furthermore, “Lost Without You” serves as a wonderful presentation to what listeners can expect to hear from Fly By Midnight and Clara Mae in the near future.

The music video, entirely shot by Fly By Midnight, is set in a chromatic desert at sunset with various wide shot drone angles. Furthermore, the video contains up-close moments where Fly By Night bare their hearts to Clara Mae. Also, the desert setting creates a perfect backdrop for the single.

“We lost when we gave it up before the end. Maybe, we should start again.” 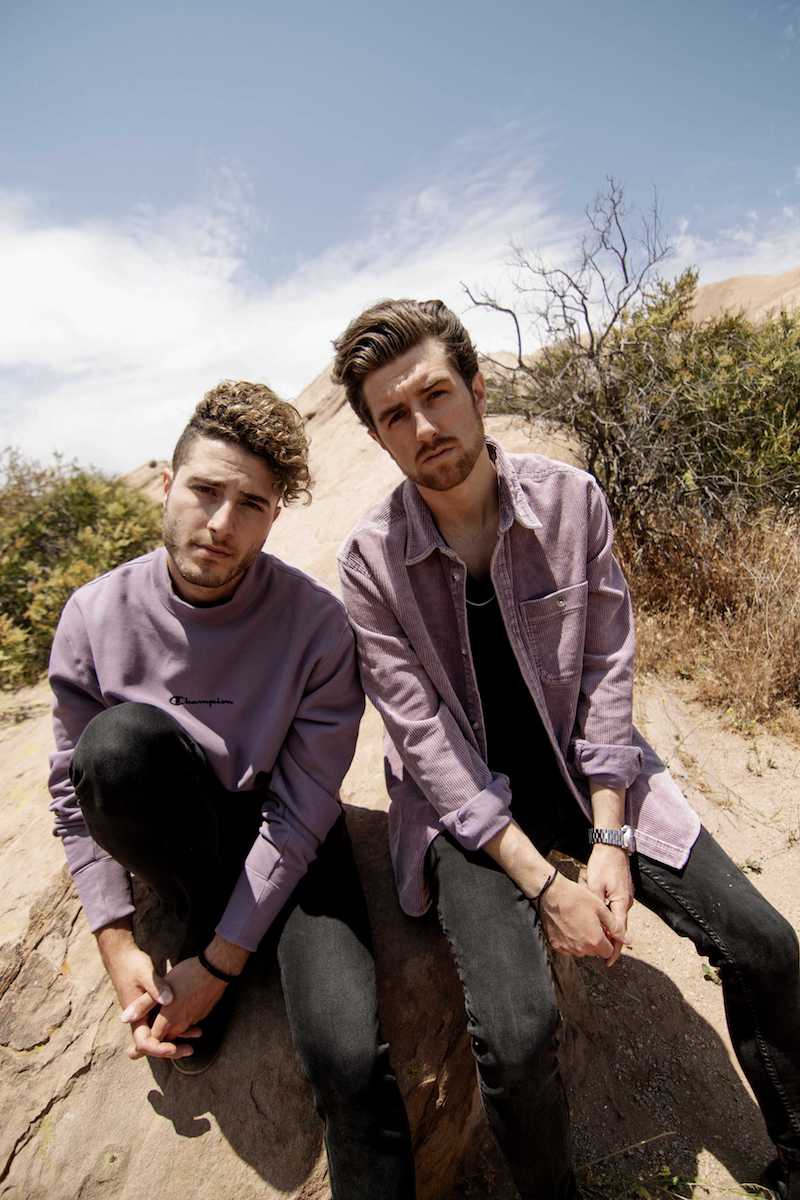 Fly By Midnight comprises of Justin Bryte (songwriter) and Slavo (producer/songwriter). The pair has performed multiple sold-out shows across the LA and NYC regions. Also, they have graced the stages of major festivals including Firefly & Panorama festival. Recently, they performed on Netflix’s PRIDE Celebration last month alongside Chaka Khan, Laverne Cox, and Trixie Mattel.

“Lost Without You” single

We recommend adding Fly By Midnight’s “Lost Without You” single to your personal playlist. Also, let us know how you feel in the comment section below.