Enisa is a songstress based in Brooklyn, New York. Not too long ago, she released an appealing music video for her “Just A Kiss (Muah)” single, written by Enisa, Marc Sibley, and Nathan Cunningham of the production duo, Space Primates (Alesso & Katy Perry’s “When I’m Gone”).

“I grew up loving music from all around the world and this one track by Tarkan had a chorus melody that always randomly played through my head growing up. So I knew one day I wanted to put it in a song but make a whole new version with a different concept! I went to the studio with that song in mind and created ‘Just a Kiss (Muah).’ I’d love for the new generation to listen to my song and feel the same way I did with the Tarkan one. ‘Just a Kiss (Muah)’ is about the fun of being a tease when it comes to dating and knowing you have the power to say yes or no! I wanted to make a really catchy, fun, lighthearted song that people can dance to, that also has the element of nostalgia.” – Enisa explained

‘Just A Kiss (Muah)’ is an interpolation of the Turkish song, “Kiss Kiss,” by Tarkan. Furthermore, “Just A Kiss (Muah)” is the follow-up to Enisa’s recently released single, “Zoom,” which has accumulated over 2.1M views on YouTube alone.

So far, Enisa has amassed over 41M worldwide streams and more than 198M total video views. She has proven to be a true global favorite, earning chart-topping success in Nigeria, Gambia, Portugal, Algeria, Tunisia, Morocco, Sri Lanka, and India, to name a few.

“Get That Money” music video

‘Get That Money’ marked the latest in a continuing series of increasingly popular releases from the First Lady of Highbridge The Label, following “Tears Hit The Ground” (2.7M views), “Love Cycle” (16M views), “Dumb Boy” (15M views), and the smash hit, “Count My Blessings” (53M views). Earlier this year, Enisa made her TV debut with her performance of her “Green Light” single on NBC’s American Song Contest.

Enisa has spent her whole life preparing for this journey as a first-generation American born to Albanian immigrant parents. Following her graduation from Brooklyn’s esteemed Edward R. Murrow High School, she attended Brooklyn College, where she continued to develop her unique musical vision.

A series of distinctive cover versions exploded across social media, earning Enisa millions of views and critical acclaim from notable media outlets. With the wind at her back, Enisa continued to hone her diverse musical approach, infusing contemporary soul pop with Balkan and Middle Eastern flourishes with a touch of European pop inspired by her own Muslim heritage.

Tracks like Scridge and Genda’s viral smash, “Karma (Remix),” and such solo singles as “Burn This Bridge” and “Wait for Love” showcased a spectacular knack for the raw soul and endless attitude, earning Enisa more than 16M views and over 3M global streams as an independent artist.

2021 proved a milestone year for Enisa, highlighted by a cover appearance in Out Now, debut live performances at NYC’s legendary SOB’s and Sacramento, CA’s Lost In Riddim festival, and a social media explosion that now sees close to 8M total followers around the world, including 3.8M on TikTok and over 1M YouTube subscribers.

Early 2022 saw the release of Enisa’s Fake Love EP, a body of work that Enisa describes as empowering and authentic. The project features the standout tracks, Tears Hit The Ground and One Thing.

The new year also brought Enisa’s television debut as a contestant on the NBC musical reality competition, American Song Contest, in which she represented her home state of New York. With so much in the works, it’s clear that 2022 is a blockbuster year for Enisa. 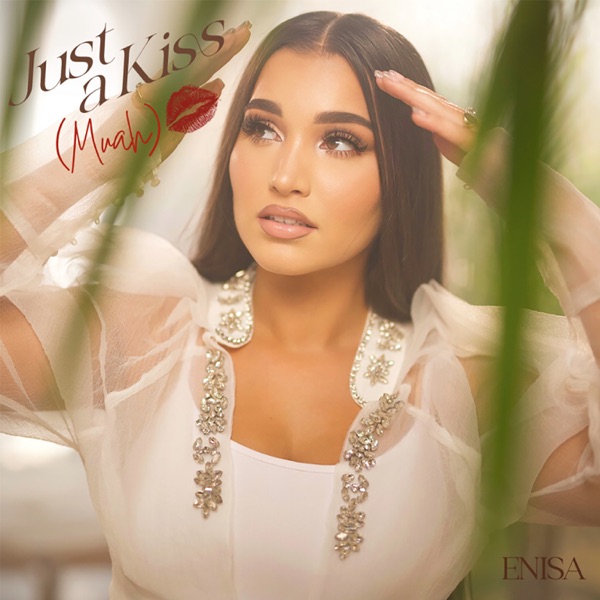 We recommend adding Enisa’s “Just A Kiss (Muah)” single to your favorite electro-pop playlist. Also, let us know how you feel in the comment section below. Mel Blanc’s famous catchphrase, That’s All Folks! Thanks for reading another great article on Bong Mines Entertainment – the hot spot for new music. Always remember that (P) Positive, (E) Energy, (A) Always, (C) Creates, (E) Elevation (P.E.A.C.E). Contact us on social media via Twitter, YouTube, Instagram, or Facebook, and let us know what’s going on. Disclaimer: This post contains affiliate links. If you make a purchase after clicking a link, we’ll collect a share of sales or other compensation.