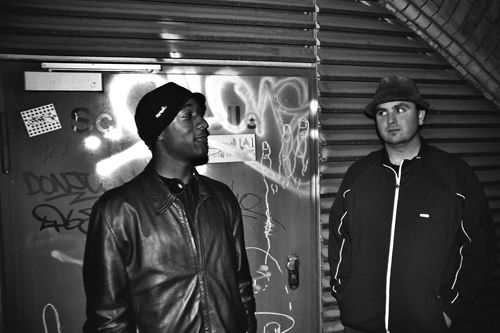 Emanon returns with “Dystopia“, an expressive 10-track album which exhibits the lyrical proficiency of soul vocalist Aloe Blacc. Also, the project is in conjunction with the moving sounds of Exile, a producer known for creating choppy beats, which are laid back and soulful.

“So many lives victimized, we glorify the victims. And, if I die with my eyes open up to it. Then, I’ma be just as wrong as the ones who do it. So, in my life, I do my best to make it never happen. And revolutionize my people through rhymes and rapping. Freedom got a shotgun, we ain’t even scrapping. It’s a New World Order, and we are trapped in. It’s millennium Armageddon just around the block. Who the hell is coming with me?” – Aloe Blacc

Aloe Blacc is known for his hit song, The Man, which peaked at no. 8 on Billboard’s Hot 100 chart. The single sold more than 2.5 million copies in the United States. Also, Blacc began his music career as a rapper and displays his lyrical ability on Make It Over.

The chemistry between Blacc and Exile is felt because they have been making music since Aloe was 16 and Exile, 17.

They recorded with no more than a 4-track tape recorder, turntable, and a microphone. And now as seasoned veterans, Emanon delivers a solid hip-hop album that music lovers can appreciate.

“Born in the dead of winter, screaming at the world as I enter. Demons pulling me in, to being a sinner. More than the angels fool me to saint. Blueprinting life on white canvas with no brushes or paint. Just blood out my veins, fingers stroking the pain. Slave dripping slowly insane, legs shackles and chains. Visualize the shit that I’m saying, it’s vivid to some. Overexposed flows that I’ve delivered have come. Like my uncle pours a sip of the ale. Grey hair blendin’ in with the smoke he inhale.” – Aloe Blacc