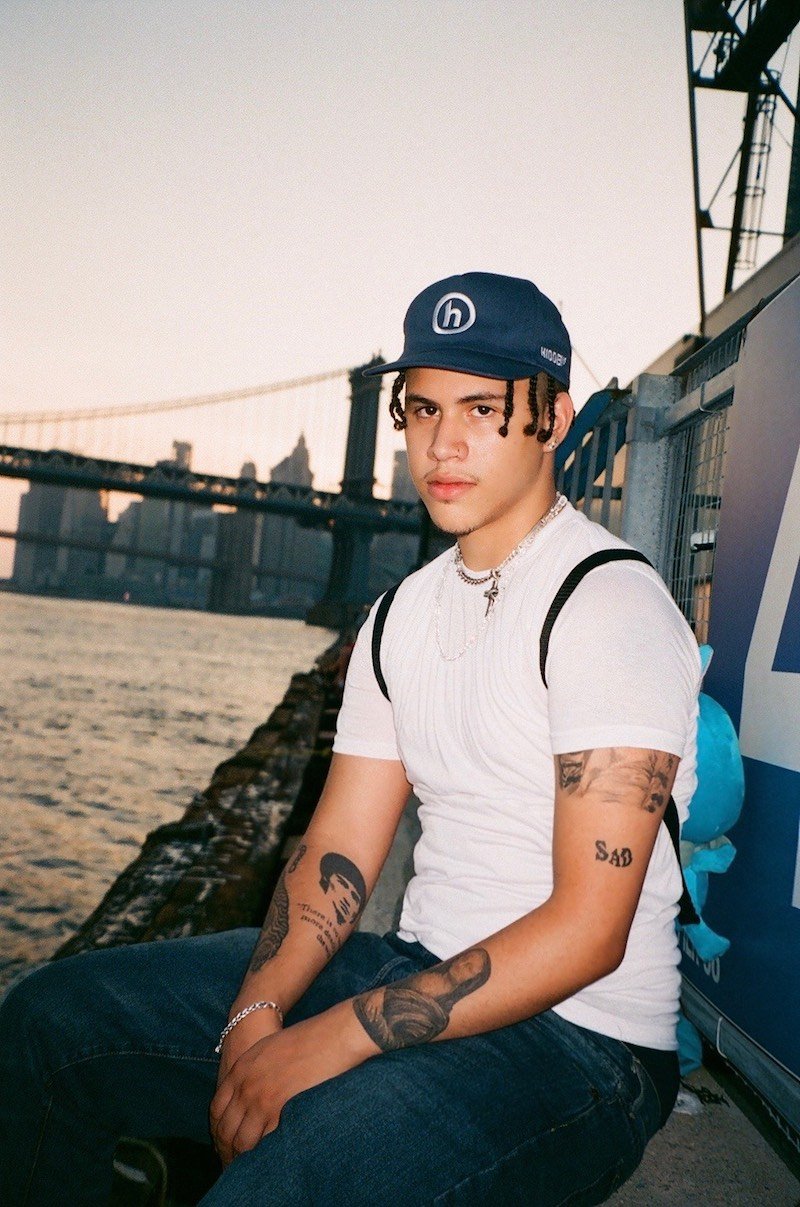 Day Lee is a buzzing trap-and-R&B artist from New York’s Lower East Side. Not too long ago, he released an appealing audiovisual for his “Bad Vibes” single, via Republic Records.

The Gerald Victor-directed music video finds Day Lee performing in front of a plush velvet wall, emanating raw charisma in the process. As the woozy hook takes hold, the clip intercuts moments of romantic infatuation as he tries to hide his emotions behind his dark shades. Also, his love interest, who is omitting bad vibes, is revealed in an attractive way.

‘Bad Vibes’ has already accumulated over 600K streams online. Also, the self-care bop has received radio love from New York’s Hot 97 and Power 105.1. Furthermore, “Bad Vibes” serves as a tasty presentation of what listeners can expect to hear on Lee’s upcoming EP.

Day Lee made a name for himself in 2017 when he released his “Mattress” single. Shortly afterward, the likable tune caught the attention of multi-platinum phenomenon, PnB Rock, who paved the way for Day Lee to sign to Republic Records. In the aftermath, he released “Two” [feat. OhGeesy] and “Right There” [feat. PnB Rock], drumming up millions of streams online. As he continues his claim to fame, Lee is quickly establishing himself as one of this year’s most exciting contemporary-rap artists to watch.

We recommend jumping on the Day Lee bandwagon while there’s still room to board. Also, add his “Bad Vibes” single to your personal playlist and let us know how you feel in the comment section below.