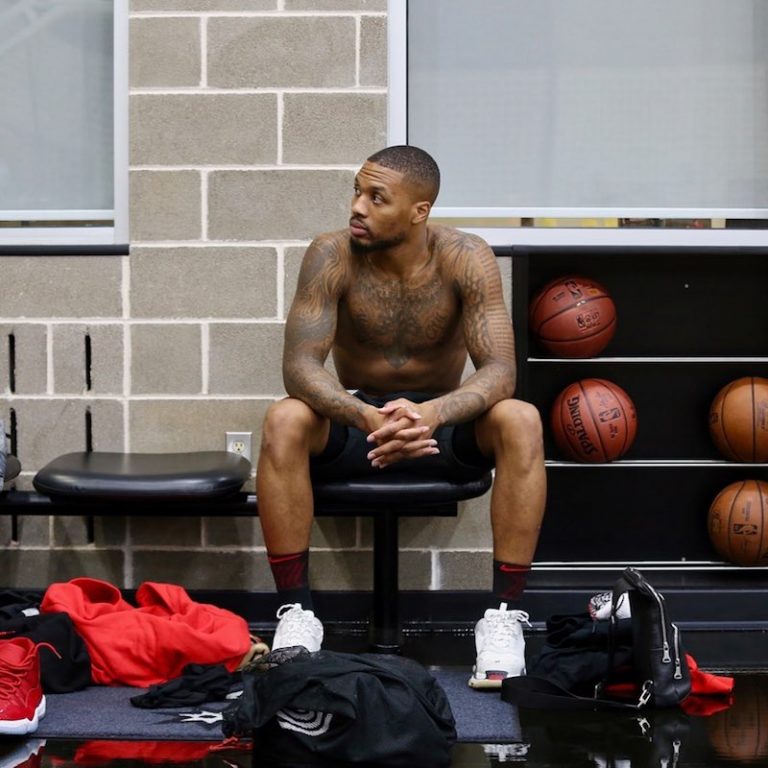 Damian Lillard, an NBA player known in hip-hop circles as Dame D.O.L.L.A., ushered in the league’s new season in style. Not too long ago, he released a music video for his “Money Ball” single featuring collaborators Danny from Sobrante, Derrick Milano, and Jeremih, who released “The Light” last year with Ty Dolla $ign.

“I own homes and cars, and I only fly private. Pull up to the plane, pilots high-fivin’. Ni^^a gotta add his own sky mileage. Keep my son in the finest, and all fly sh*t. Really got it, so there’s nothin’ you can say to me. And I ain’t losin’ sleep for you suckers hatin’ me. Been ten toes down, never waverin’. Say my prayers, thank the man for how he favors me.” – Dame D.O.L.L.A.’s lyrics

Dame D.O.L.L.A. has largely kept a squeaky clean image, yet “Money Ball” seems rather risqué. The black-and-white audiovisual finds Dame and his cohorts on a basketball court throwing around dollar bills (all fake according to Lillard). Also, viewers are blessed with a cameo from Lillard’s backcourt teammate, CJ McCollum. 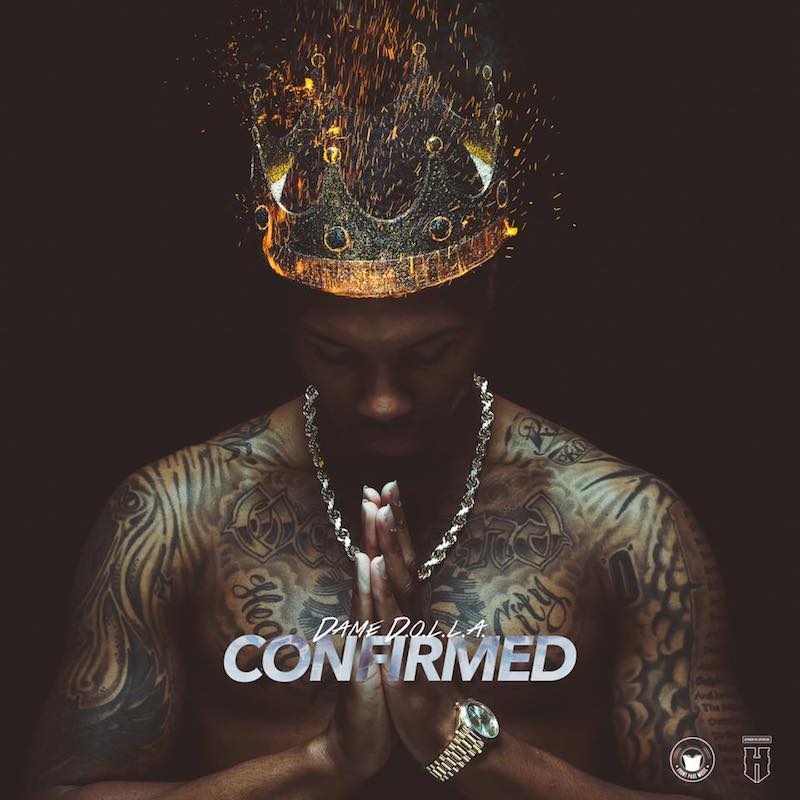 “It’s fun to be able to make entertaining music. It’s almost like you can rap about fantasy things and entertain people.” — Damian Lillard told NBC Sports in regards to his transformation to entertainment

Dame D.O.L.L.A. is considered “The NBA’s rap king”. He has been entertaining hip-hop fans since 2016 when he released his debut album, entitled, “The Letter O”. A year later, he released “Confirmed,” followed by this year’s “BIG D.O.L.L.A.”

Artists such as Lil Wayne and Mozzy (“Baggage Claim”) have collaborated with Dame on all three of his albums. Aside from earning the respect of hip-hop’s finest, Dame has gotten a vote of confidence from many of his peers, including his teammate, CJ McCollum, and superstar Kevin Durant of the Brooklyn Nets. Also, the Los Angeles Lakers LeBron James approves of Dame and his “BIG D.O.L.L.A.” album.

A USA Today Sports article notes how LeBron James (the most recognizable name in basketball and one of the game’s wealthiest athletes) received an advanced copy of “Big D.O.L.L.A.”. Lebron liked the project so much that he kept playing it during one of his shared Instagram workouts.

A Ladbrokes list of sports’ biggest earners has LeBron as second, with an annual salary north of $80 million. Part of that is from his gargantuan salary as an NBA superstar, while some of it is from his myriad of interests, which includes music.

LeBron, in fact, executive produced 2 Chainz‘s critically acclaimed “Rap or Go to the League” album, released earlier this year. Needless to say, LeBron knows his hip-hop. Therefore, his sharing of “BIG D.O.L.L.A.” is a huge vote of confidence for Dame D.O.L.L.A., who is already one of the world’s most influential figures.

In announcing the release of “BIG D.O.L.L.A.”, Dame proclaimed it as his best work yet. And judging by the sound of “Money Ball,” he might actually be right. We recommend adding Dame D.O.L.L.A.’s “Money Ball” single to your personal playlist. Also, let us know how you feel about it in the comment section below.

We recommend adding Mell & Vintage Future’s “Give Love A Try” single to your favorite hip-hop playlist. Also, let us know how you feel about it in the comment section below. Mel Blanc’s famous catchphrase, “That’s All Folks!” Thanks for reading another great article on Bong Mines Entertainment – the hot spot for new music. Always remember that (P) Positive, (E) Energy, (A) Always, (C) Creates, (E) Elevation (P.E.A.C.E). Contact us on social media via Twitter, YouTube, Instagram, or Facebook, and let us know what’s going on. “Disclaimer: This post contains Apple TV and Apple Music affiliate links. When you buy through links on our site, we may earn an affiliate commission.