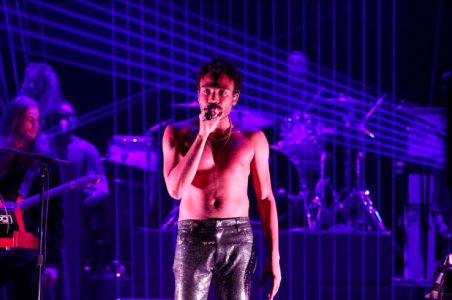 Childish Gambino is fresh off the success of Atlanta. Not too long ago, he took listeners on a soulful and Funkadelic journey with “Redbone“, a song off of his “Awaken, My Love!” album.

“Awaken, My Love! began with a childhood memory. I remember listening to songs my dad would play — albums by the Isleys or Funkadelic — and not understanding the feeling I was feeling. I remember hearing a Funkadelic scream and being like, ‘Wow, that’s sexual and it’s scary.’ Not having a name for that, though; just having a feeling. That’s what made it great.” – Childish Gambino stated in an interview with Billboard

Success can’t seem to leave Gambino alone, and the stats below prove that there’s no limit for this multi-talented star.

Some critics are calling Redbone Gambino’s greatest musical creation, and others are still savoring over its tasteful sound.