Bradley McCaw and Paulini release a music video for their sensational Country-rock duet, entitled, “Someone Like You”

Bradley McCaw is an award-winning singer-songwriter from Australia. Paulini is an Australia-based singer-songwriter from Fiji. Not too long ago, they released a music video for their sensational Country-rock duet, entitled, “Someone Like You,” produced by Musicians Hall of Fame, Louie Shelton (Jackson 5, Lionel Richie). Also, the song features bass legend, Nathan East (Eric Clapton, Daft Punk).

‘Someone Like You’ might just be just what the doctor ordered. The track recaptures a timeless and old-school sound for the modern way of life. Bradley McCaw and Paulini recorded “Someone Like You” in Queensland in 2021. Originally, written for one male singer, the song remained unfinished for almost a year, until they realized what was missing.

Furthermore, “Someone Like You” contains a love-based narrative and silky vocal tones that will resonate well with fans of Elton John, Kiki Dee, Kenny Rodgers, and Dolly Parton. The uplifting, one-of-kind tune possesses upbeat guitar-laden instrumentation bursting with blue-eyed soul, Motown vibes, contemporary country, and ‘80s rock elements. Also, “Someone Like You” serves as a tasty appetizer to what listeners can expect to hear on Bradley McCaw’s upcoming debut album, entitled, “WORRIED MINDS.” 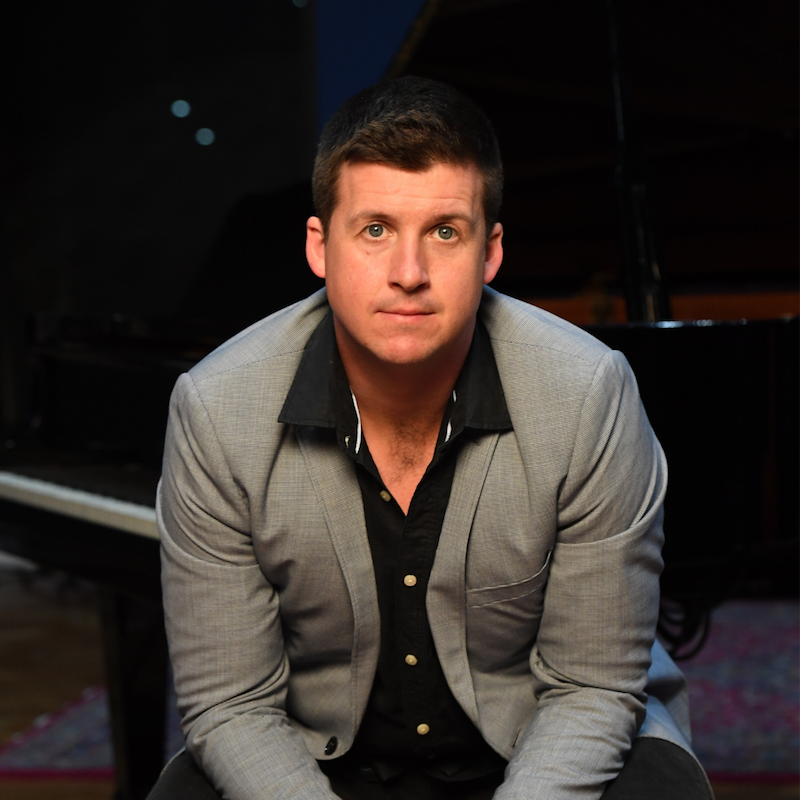 “Paulini’s vocal is effortless. There’s a power and a playfulness that takes the song to a new place. It’s a positive love song, kind of rare for modern radio. Inspired by all the old-school duets I have sung along to in my car. Duets bring together two different voices and stories to make something special. Duets have a different energy, combining two unique artists at the top of their form from different genres, and that lets the song take off into unexpected areas and places.” – Bradley McCaw explained

Bradley McCaw isn’t a throwback, he’s the emergence of one of the brightest writers/vocalists creating music today. He spent 15 long years making good in every job a musician and writer could possibly have. Oftentimes, he ended his day with a stack of old vinyls by his bed and a dream to create music like his heroes. In 2022, he will realize this dream when he releases his debut album.

As a songwriter and arranger, Bradley’s work has been featured on National radio and included on Number 1 records. He co-wrote ‘NEVER ALONE’ with singer-songwriter, HELLO JANE, which was added to full rotation on ABC COUNTRY in 2022. His work as arranger/pianist with International Classical Soprano, MIRUSIA, was featured on her #1 charting Live album (2022). And most recently, SONGBIRD (2022). His musical theatre work has been performed in New York (USA), London (UK) and was featured at the 2020 Inaugural Australian Musical Theatre Festival.

As a performer, Bradley McCaw’s career started on the somewhat, opposite side of the tracks. He sang classical music with the international singing group, THE TEN TENORS. With them, he achieved his first world tour and a performance at an Internationally televised AFL GRAND FINAL. During this time, Bradley performed lead roles in musicals like RENT, LES MISERABLES and won the INTERNATIONAL CABARET SHOWCASE with a one-man tour de force performance, featuring an original script and score, culminating in another Australian Tour and a sold-out performance on New York’s, 42nd Street. It was around this time Bradley first connected with Louie Shelton, an L.A. session legend, producer, and guitarist. Louie’s long and illustrious career includes credits performing on or producing records in Los Angeles for The Jacksons, Lionel Richie, Marvin Gaye, Whitney Houston, The Monkeys, Neil Diamond, Seals & Crofts, and many more.

Paulini has been heralded as one of the finest vocalists and performers to come out of Australia. She rose to fame through television screens on the very first season of Australian Idol, which thrust her into the spotlight. Making it through to the final four, she won the hearts of a nation with her angelic, five-octave range, and engaging personality.

Post Idol, Paulini rose to the top of the Australian ARIA Charts in 2004 with her debut Platinum album, “One Determined Heart,” and her Platinum smash, “Angel Eyes.” Both tunes hit the #1 spot, receiving Aria Number 1 Chart Awards (‘Angel Eyes’ remained at the top of the charts for six consecutive weeks). In fact, Paulini is still one of only 10 Australian female solo artists to have a #1 album debut on the Australian ARIA Charts.

In 2006, Paulini went on to become a part of the chart-topping, Young Divas. Her powerful vocals were perfect for the disco classics. The group went on to have two top 10 albums and two top ten singles. After leaving Young Divas, Paulini grew as a performer, a songwriter, and as a woman. She steered her own destiny in her music career and made choices that she truly feels great about. In 2017, she played the lead role as Rachel Marron in The Bodyguard Musical to great critical acclaim. A remarkable experience, she got to sing 17 Whitney Houston tracks every night.

After the Bodyguard, Paulini joined the Saturday Night Fever Musical cast as a lead vocalist. In 2019, she followed that success with another lead role as Dionne in the 50th Anniversary of Hair the Musical. Also, she returned to television in the hit show, The Masked Singer. As the spider, she wowed the judges weekly using her amazing voice to change genres easily which kept the judges guessing. 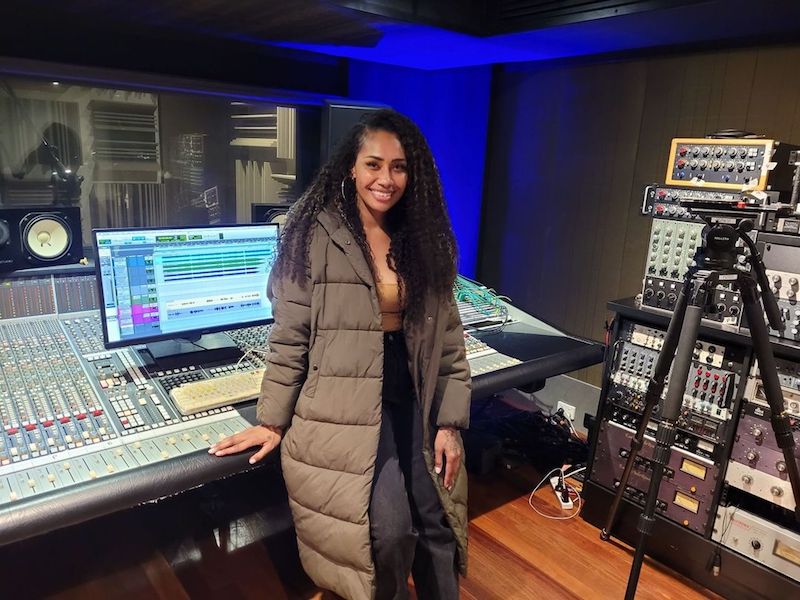 Early 2021, Paulini appeared on I’m a Celebrity Get Me Out of Here Australia. Fans fell in love with her again for her voice and sincerity. Recently, you may have seen Paulini compete in Eurovision Australia Decides, which coincides with her latest single, “We Are One.” 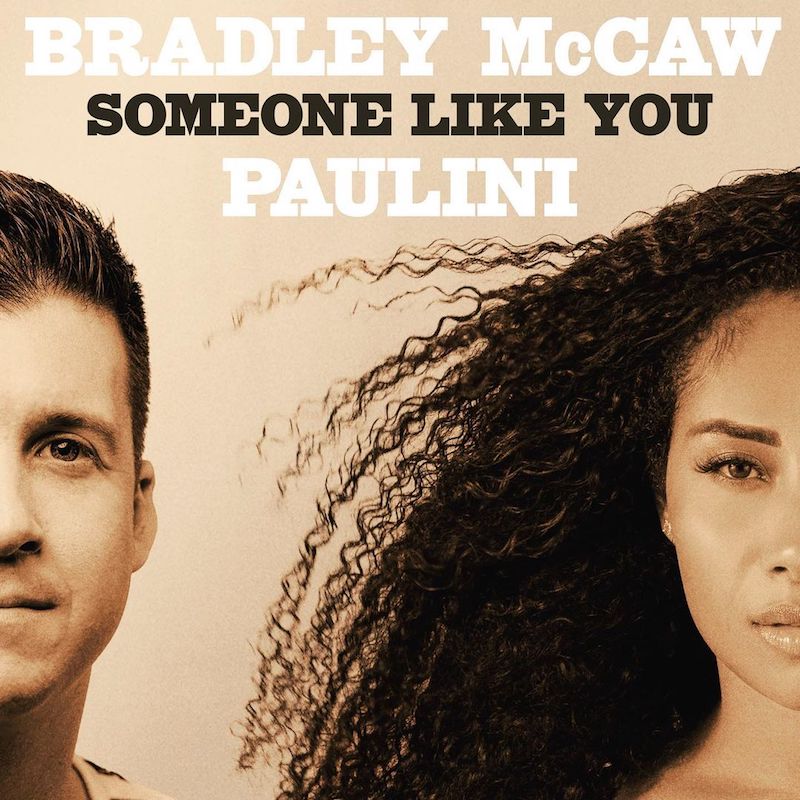 We recommend adding Bradley McCaw’s and Paulini’s “Someone Like You” single to your favorite country-rock playlist. Also, let us know how you feel about it in the comment section below. Mel Blanc’s famous catchphrase, “That’s All Folks!” Thanks for reading another great article on Bong Mines Entertainment – the hot spot for new music. Furthermore, always remember that (P) Positive, (E) Energy, (A) Always, (C) Creates, (E) Elevation (P.E.A.C.E).